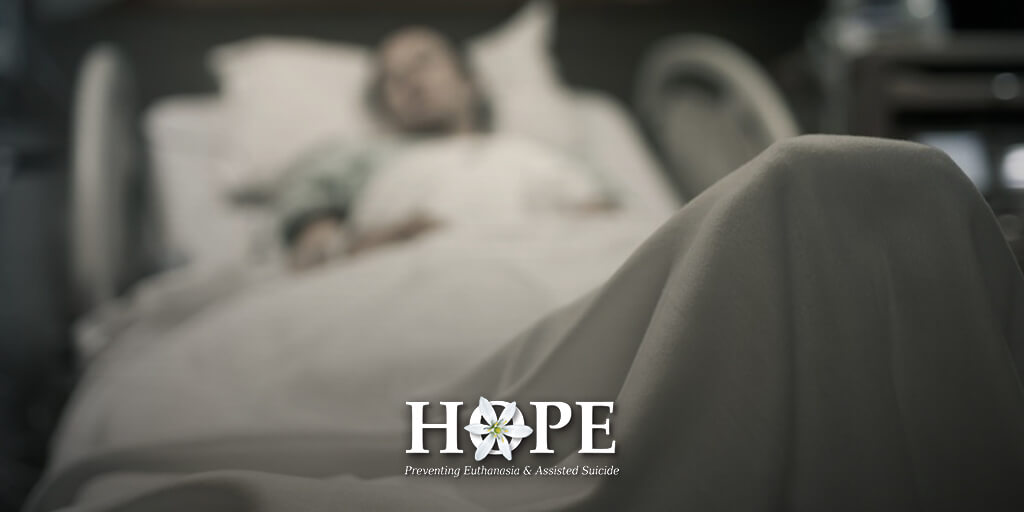 “Elderly people in aged-care facilities infected with COVID-19 are being refused hospital admission and are instead being heavily sedated in understaffed and under-siege nursing homes.”

This is how a report in The Australian on the state of aged-care facilities in Victoria began this morning.

According to the report, the Department of Health and Human Services said it did not have beds for “those type of people at this point in time,” with beds instead being kept free for others.

Medical experts have labelled the refusal of admission and use of sedation as “inhumane,” because sedating patients can exacerbate COVID symptoms, including the respiratory difficulties.

Dr Joseph Ibrahim, a geriatric medicine specialist, said the drugs “can compromise a person’s mobility and their ability to breathe and if the person has COVID, or any other respiratory illness, it’s likely to further compromise their recovery.”

Shockingly, this type of “symptom management” could lead to an earlier death.

In testimony before the Royal Commission into Aged Care this morning, Dr Ibrahim called the disaster unfolding the worst he had seen in his entire career, noting that Australia’s death rate in residential aged care is the second highest in the world.

“We fail because we have treated residents as second-class citizens. There’s an absence of accountability. There still is and there is no consequences for failing to deliver good care in aged care.”

Sedation is also being used to isolate younger patients at risk of wandering, with COVID-positive patients in their 40s being given morphine that is not medically necessary, but administered to stop them from moving, in a practice known as “chemical restraint.”

The Australian article reports that it understands:

“Royal Melbourne Hospital’s outreach doctor also prescribed end-of-life medication to an ­asymptomatic 47-year-old who had tested positive to COVID-19, sparking a heated argument with the owner of Glenlyn. The owner insisted on contacting the ­patient’s mother who is understood to have vehemently objected to giving her son morphine.”

The appalling state of residential care and the disgraceful way in which patients are being left to die cannot be treated as a separate issue to the state’s legalisation of euthanasia and assisted suicide.

The problems existing in aged care homes reveal that health officials are paying lip service to the idea of choices at the end-of-life and “dignity” in death, while providing very few options for sick and frail Victorians.

They do not get the same ‘options’ as younger, healthier Victorians.

Instead, once a crisis hits, they are allowing deaths to be hastened by drugs that are not medically indicated, which is the exact same thing that happens in euthanasia.

It is also the exact same thing that is happening in other jurisdictions where euthanasia is legal.

Canada - another jurisdiction with legalised euthanasia – has the highest rates of COVID-19 deaths of aged care.

And on Saturday, a lengthy report in the New York Times exposed a similar situation in Belgian aged care homes during COVID.  Euthanasia has been legal in Belgium for close to 20 years.

That piece reported that staff in nursing homes in Brussels were told, in a similar vein to Victorian aged care staff, to “administer morphine and let death come.”

Also as in Victoria, hospitalisation of elderly residents was denied, even when beds were available.

“They wouldn’t accept old people… They had space, they didn’t want them.”

The lack of care in nursing homes was not sudden.  According to the New York Times:

“Government reports as far back as 2006 had called for infectious-disease training for nursing-home doctors and public help to stockpile protective equipment. A separate report in 2009 recommended adding nursing homes to the national pandemic plan. Both proposals went nowhere.”

Euthanasia was legalised in Belgium in 2002, and the cracks in aged care were appearing as early as 2006 and were reconfirmed in 2009.  But nothing was done.

A culture that holds a consistent ethic of end-of-life care cannot simultaneously have legalised euthanasia and assisted suicide and fight to preserve the lives of its sick and elderly in the middle of a crisis.  It always makes a choice.  The COVID-19 pandemic has exposed the choice that Victoria has made, and it is definitely not one that the rest of the country should follow.