When doctors are authorised to kill their patients, fundamental social values undergo a tectonic shift 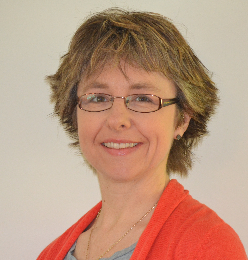 The practice of euthanasia and assisted suicide overseas has been a disaster, with so-called safeguards failing and doctor-assisted killing on the rise, and not just for the terminally ill, says world-renowned ethicist Professor Margaret Somerville.

Professor Somerville, who spent 40 years living and working in Canada, and most recently held two professorships at McGill University, in the faculties of Law and Medicine, has recently returned home to Australia to take up the position of Professor of Bioethics in the School of Medicine at The University of Notre Dame Australia, Sydney.

Her return coincides with the Victorian government flagging its intention to introduce legislation for assisted suicide later this year and reports that the NSW Parliament will also debate a euthanasia bill before year's end. This follows the narrow defeat of similar legislation in the South Australian Parliament last November.

Professor Somerville was a prominent anti-euthanasia voice in the Canadian debate leading up to the introduction of 'assisted dying' (physician-assisted suicide and euthanasia) laws there last year, following a Supreme Court of Canada decision which found it was unconstitutional not to allow euthanasia.

"Wherever it has been legislated there are very serious problems," she says.

In Quebec, Canada, where doctor assisted suicide has been legal since December 2015, a recent report on the first seven months of the law's operation found that 262 people died by 'Medical Aid in Dying' - almost three times the number of deaths previously predicted by the Province's Health Minister.

In 21 of those 262 deaths, or eight per cent of cases, the doctors had not complied with the law. Eighteen of the cases did not have the opinion of a second, independent doctor; in two cases it was found that the person might not have been terminally ill; and in one case it was not clear that the person even had a serious illness.

"Now when the law is brand new and you still can't get doctors to comply with it, what hope have you got once complacency sets in?" Professor Somerville says.

"And one of the things that pro-euthanasia people argue is that euthanasia or assisted suicide will be rare. Well, 262 cases in just seven months is not rare.

Professor Theo Boer has also expressed concerns about the explosion in numbers of people accessing euthanasia in Belgium and the Netherlands, and the growing variety of reasons other than terminal illness for which people are seeking euthanasia.

Professor Boer is a Dutch professor of ethics, who supported the legalisation of doctor-assisted dying, and was appointed to one of the five regional review committees set up by the Dutch government as a watchdog over the euthanasia laws when they were enacted in 2002.

He says that from 2005 to 2014 he reviewed close to 4,000 cases of assisted dying on behalf of the Netherlands Ministries of Health and Justice and believed it was working well.

"But that conclusion has become harder and harder for me to support," he wrote in the Christian Century journal recently.

Today, one in 25 deaths in the Netherlands is the consequence of 'assisted dying'. On top of those voluntary deaths there are about 300 non-voluntary deaths annually, where the patient is not judged competent.

"Furthermore, contrary to claims made by many, the Dutch law did not bring down the number of suicides; instead suicides went up by 35 per cent over the last six years," he wrote.

Professor Boer also noted a shift in the type of patients who were seeking euthanasia. Both in the Netherlands and Belgium, patients need only be experiencing unbearable suffering with no prospect of improvement to access euthanasia. There is no requirement that the condition be terminal.

In the first years of the Dutch laws being enacted, about 95 per cent of patients accessing euthanasia or assisted suicide were in the last days or weeks of a terminal illness, but an increasing number of patients now seek assisted dying because of dementia, psychiatric illnesses, and accumulated age-related complaints, with terminal cancer now accounting for fewer than 75 per cent of cases.

"In some reported cases, the suffering largely consists of being old, lonely or bereaved," he said.

Professor Boer believes that raising awareness about advances in palliative care is crucial to combatting the drive towards euthanasia, especially for people who have been scarred by poor palliative care of loved ones in the past.

"For a considerable number of Dutch citizens, euthanasia is fast becoming the preferred, if not the only acceptable mode of dying for cancer patients," he said via email.

"Although the law treats assisted dying as an exception, public opinion is beginning to interpret it as a right, with a corresponding duty for doctors to become involved in these deaths."

If doctors refuse a patient euthanasia or don't wish to be involved, there are now mobile euthanasia units in the Netherlands who will visit patients in their homes or nursing homes to administer the lethal drugs.

The situation in Belgium is similar, where the figures for 2015, show a 41 per cent increase in euthanasia/assisted suicide deaths over the last four years.

In 2014-2015, nearly 4000 people underwent euthanasia in Belgium, of which 124 cases were justified on the basis of behavioural, mental or psychological disorders, rather than a terminal illness. Among the reasons given for euthanasia is that elderly patients were 'tired of life'.

Last year, the first child was euthanised in Belgium after the law was amended to allow for this. In the Netherlands, some babies born with Spina Bifida had been euthanised.

Leading Australian anti-euthanasia advocate Paul Russell says that the soaring numbers of euthanasia and assisted suicide cases in the Netherlands and Belgium and the expansion of the type of patient requesting euthanasia shows that those societies have grown used to the laws and no safe-guards will be effective in controlling it.

"What I think this tells us is that the notion of a 'slippery slope' or 'incremental extension' is not just about later amendment of the original statute; even though that is also likely and the possibility of that is inherent in the enabling act. But it is also about interpretation and the reality that black-letter law is never going to be able to keep any legislation so tightly interpreted as to always reflect the original intentions," he says.

One of the jurisdictions most often cited by pro-euthanasia advocates is Oregon in the United States.

Oregon's Death with Dignity Act (DWDA), enacted in late 1997, allows terminally ill adult Oregonians to obtain and use prescriptions from their physicians for self-administered, lethal doses of medications. The Oregon Public Health Division is required by the Act to collect information on compliance and to issue an annual report.

But Professor Aaron Kheriaty, associate professor of psychiatry and director of the Medical Ethics Program at UC Irvine School of Medicine, says that there are serious problems with the laws in Oregon and many documented cases of abuse.

"I have evaluated and treated thousands of patients who wanted to end their life," he wrote in an opinion piece which appeared in California's The Mercury News.

"A request to die is nearly always a cry for help. Among terminally ill individuals, it is associated with depression in 59 per cent of cases. Yet, alarmingly, in Oregon, less than five per cent of individuals who have died by assisted suicide were ever referred for psychiatric consultation to rule out the most common causes of suicidal thinking."

Professor Kheriaty also identified the problem of "doctor shopping", where if patients are refused access to assisted suicide by their doctor, they are in some cases directed by their managed care insurance company to another doctor who will prescribe the lethal drug.

"In Oregon, a small number of physicians write a disproportionately large number of the prescriptions," he wrote.

"Despite the inadequate system of monitoring and reporting in Oregon, the data we have paints a distressing picture. After suicide rates had declined in the 1990s, they rose dramatically in Oregon between 2000 and 2010, in the years following the legalisation of assisted suicide in 1997. By 2010, suicide rates were 35 per cent higher in Oregon than the national average."

Returning to Canada recently to give a public address in the wake of the legalisation of "assisted dying" there, Professor Somerville warned that a fundamental line had been crossed.

"The case for euthanasia has been made by making it seem harmless, that it's just a very small step along an end-of-life-care path we've already taken and accept as ethical," she said. "The intentional infliction of death has been trivialised in order to persuade Canadians to accept euthanasia, and many of them seem to have sleep-walked into doing so, that is, without understanding the full consequences of legalisation, for instance, the harm to important societal values and risks to vulnerable people.

"Legalising euthanasia is not just an approval of another medical intervention, it's a radical and seismic shift in foundational societal values, in particular, what is required if, as both individuals and a society, we are to continue to respect human life."