Administrative Error - An Open Letter to the Greens on Euthanasia Safeguards

An Open Letter to the Greens on Euthanasia Safeguards (ALL MPs take note!) 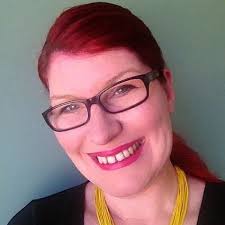 As I write this, the Greens are proposing euthanasia legislation in Western Australia and are likely to support legislation in Victoria also. Although Greens have not consulted with the disability community - the population most at risk - they say that they're putting 'safeguards' in place, including a panel of doctors who will make the final decision about our lives.

Last year, disabled people lobbied against proposed euthanasia legislation in South Australia. I wrote about it here, and there are links to our testimony. The Bill failed by one vote.

And then today, this story broke (see below). I'm writing this not just for my fellow disabled people, but for all the members of my community who have woken up with DNR tags around their wrists. For activist Stella Young, who was once told pre-surgery by a nurse that at 32, she'd had a good innings. For the people who are switched off by your 'safeguards' every day.

They're not single incidents, or bad eggs, or chance occurrences. A fortnight ago, a clinician told his patient that he would 'want to die if he was her' and asked if she was in favour of euthanasia. It's common for people to tell us that they'd 'rather die than be in a wheelchair'. There's a pervasive attitude of ableism in Australia and disabled people encounter this every day, whether you believe that or not. Deep-seated, institutionalised ableism and a belief that disabled people are burden, deficit, less worthy, other. Better off dead.

This is the story of a real woman. Her name was Shona Hookey and she died three years ago in NSW. But I want you to imagine that she's you, because if you were intellectually disabled or had a disability where you required high support, it *could* be you.

You're constipated. You have the kind of pain that comes with constipation, but you can't tell anyone and you can't do the usual kinds of things that relieves constipation.

Your constipation grows worse, and you're in intolerable pain. It's because you have an impacted bowel, but you can't tell anyone.

It's 1.30pm. You're taken for an unrelated doctor's appointment and you are in such pain that you begin to cry.

The doctor looks at you. He says that you are highly agitated and distressed. You're ripping your shirt, you're drenched in sweat. He doesn't know what is wrong with you and neither does anyone else. If you're not better in half an hour, you should go to the hospital, he says to the people who are caring for you. They take you back to your group home.

5.30pm. It's been four hours now and you start to cry again. They serve you dinner but you are in such pain you lie on the floor and bang your head, over and over. It's the only way you can tell them you're in pain.

They give you two Panadol.

One of them takes a video on their phone. They've never seen you lie on the floor, crying with pain and banging your head over and over. Their plan is to show another staff member the video to explain why you are behaving in this way. Later tonight.

It's 19.45 pm and another person arrives at your care facility. She knows you well. It's not like you to behave like this and she calls 000. She watches you lie on the ground. You're banging your head, you're very pale and you can't support your own weight when standing. You're moaning in pain and when they touch you, you're ice cold.

When the ambulance arrives in the ambulance bay, your worried caregivers tell the staff that your behaviour is very unusual. The triage officer palpitates your stomach - it's rock hard. You're grey in the face, she notes, your limbs are yellow. They record it on a file note.

You're thrashing so much they can't take a blood pressure reading, they can't find your pulse. You're in obvious pain and they think that you might be so very cold because you've been lying on the floor, for hours, in winter.

There are rows and rows of trolleys and so you never get into the Emergency Department at all.

You're in the ambulance bay, writhing in pain. You're put onto a trolley and left for two hours - eventually they triage you at Category 3, saying you should be seen by a doctor in thirty minutes, despite not having specific vital signs recorded, despite your agony.

Nobody ever gives you pain relief. It's been at least five hours since you had your last Panadol. Your support worker tries to get the attention of the nurses and fails.

A doctor, Dr Mestrige, quickly assesses you. He puts a cannula in your foot. He takes blood, orders an x-ray. He doesn't give you any pain relief or fluids. He doesn't touch your distended stomach. He doesn't do anything else - in fact, he leaves.

You're in and out of consciousness now.

It's hours and hours and hours later and you're still in the trolley bay and you've stopped responding. Somebody from the hospital notices and they 'escalate' you, but it's now 1.20am. It's been twenty four hours since you became so unwell that you were banging your head on the floor in pain. And you've had two Panadol eight hours before.

You're 'escalated' and finally they bring you into the hospital - not the ED, but the resuscitation area, so they can save your life. Surgery, they think, because you are gasping in pain. Your stomach is as hard as a drum and they wait an hour before try to stabilise you, intubate you, ventilate you. It is half an hour after finding that you have no pulse that you commence CPR. The hospital later say that they started CPR when you went into cardiac arrest. A shot of adrenaline to the heart and your heart starts again, then stops, they said. Still your body keeps going. You're 29 and your body is strong.

The Coroner will later say that the testimony of Dr Mestrige, who is heavily criticised, 'doesn't seem like a reliable guide', especially as the progress notes say something very different. But that's later, after you're dead. For now, you're still alive.

The doctor says that you were almost dead when you got to the resuscitation bay, but that's not what others say. Someone calls the Public Guardian, who is in charge of your health and affairs - your family say they didn't know where you'd been institutionalised and that they hadn't seen since you went into care.

They discuss your life with the Public Guardian, who says that your resuscitation status is at the discretion of the medical staff. It's eleven minutes after you've gone into cardiac arrest for the first time. Another doctor records in his notes that they've been told that you are for 'full resuscitation/CPR/intubation.

At 3.30am, you're still alive. They're now manually pumping oxygen into you. Dr Mestrige tells your caregiver that they don't know what's wrong with you. He'll have to take legal advice, he says, and he asks her to leave.

And then we come to the crux of your routine, bog standard death - hundreds of disabled people die of impacted bowels when they are in care, primarily because of lack of exercise and neglect and poor diets. But there are four witnesses who come forward later after making careful notes - four witnesses who have had separate conversations with Dr Mestrige, four conversations which say essentially the same thing - that Dr Mestrige considered your life less worth living than others, because you were intellectually disabled.

They are interesting conversations:

'Look at her, she's 29, if she was normal we'd treat her differently,' one witness says the doctor told her.

'Given her history, should we really treat her?' The caregiver said that if he didn't, he'd have the public guardian to deal with. That's when they call the Public Guardian.

And back at the office of the Public Guardian, the duty officer takes faithful notes. This is what they say:

Dr Mestrige requested advice as to or not to resuscitate given her intellectual disability and quality of life. I advised that he should not be making decisions based on her disability but on her presenting condition and his clinical opinion. Dr Mestrige asked if I was a medical practitioner. I said no. He said well you can't help me.

I attempted to explain the decision-making role in relation to end of life matters and that he needed to make a clinical judgment based on her condition as to resuscitating was indicated or it was futile. As I was speaking to the he indicated that Ms was arresting as we were speaking. He thanked me and hung up. (Emphasis added).'

The testimony rolls on and it's even corroborated by another doctor, who gets a call. Dr Mestrige says that you've arrested when administering CPR - given her developmental delay, how long should the resuscitation attempts go on for? The doctor tells him that if your medical condition is reversible, they should continue resuscitating until the surgical team can come and assess you.

'The doctor appears to have taken the fact that Shona was severely intellectually disabled into account in an irrelevant way that was disadvantageous to Shona', says the Coroner.

The Coroner's report doesn't tell us what time you died.

The Department of Family and Community Services made a number of recommendations and reviews around administrative practices and staff culture following your death. They wrote an employee development program and a policy called 'Good to Great Policy Framework' and a 'Continuous Improvement Review Tool'. They made some changes to the system at the hospital, too. But you're just as dead, and the Coroner doesn't recommend any further changes for either hospitals or disability settings in NSW - other than asking that hospital keep better records.

I don't know where you're buried, or who misses you. The Coroner says Shona's family mourns her deeply - it is the second daughter her parents have lost - and he praised them for being 'remarkably forgiving and generous spirited' about the system that killed their daughter. I don't know if your death keeps anyone in that system awake at night. I hope it does, but I suspect you're just another number in a system that routinely fails disabled people.

And this week, another family came forward. Their daughter had also been taken from state-run Plane Tree Group home to Campbelltown Hospital with 'increasing agitation', swollen feet. In February of last year.

She was also Aboriginal and was four years older than 29 year old Shona. She died in hospital eleven days later and her disability was cited as 'contributory', despite the autopsy saying she'd inhaled food and contracted pneumonia, despite it saying that she'd had pneumonia prior to being admitted.

Your name was Shona Hookey and the people who killed you are the people the Greens want to keep us safe.

You can read the NSW Coroner's report on the inquest HERE.

Sam Connor received an honourable mention in New Mobility's 2016 People of the Year: The Resisters.

We must not go gently into the night
Disability activists tell SA MPs 'No' to euthanasia. AMA agrees.
Sam Connor: Letter to Parliamentarians - "assist us to live with dignity before turning your efforts to ways to help us die."
Me Before You: ableist promotion of death rather than disability