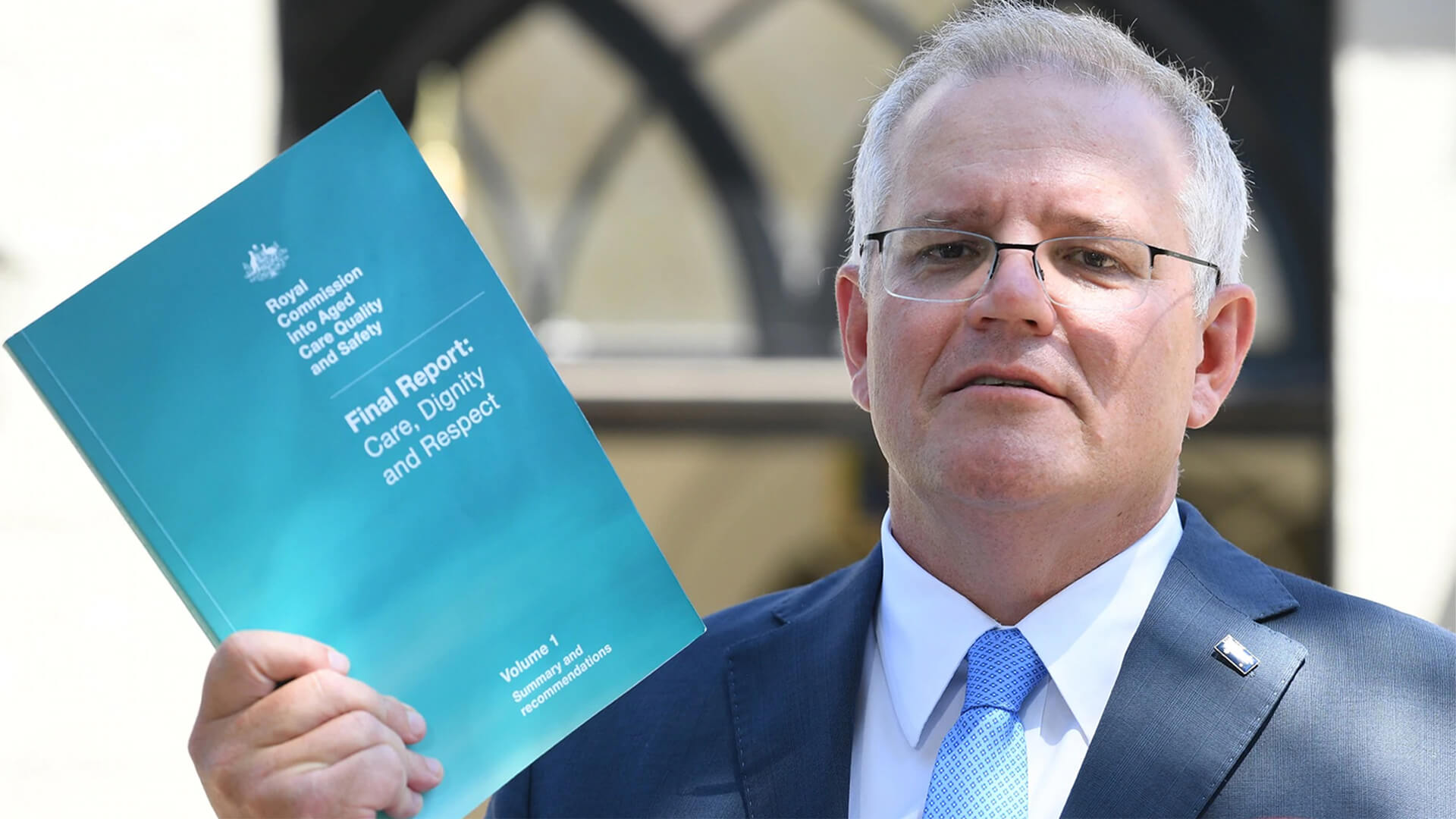 The Aged Care Royal Commission has released its final report after a two-year inquiry.

While there is much to be assessed and addressed in terms of improving the quality of and access to our aged care services, there are a number of revelations in the Commission’s final report that have direct relevance for end-of-life care.

Here are ten takeaways from the Aged Care Royal Commission that you need to know.

Australia’s population is ageing, and there will be fewer people to look after them

The Royal Commission’s final report tells us that the number of Australians aged 85 years and over will increase from 515,00 in 2018-19 to more than 1.5 million by 2058.  At the same time, there will be fewer Australians in the workforce to resource aged care: both with their taxes and as aged care workers.  With fewer resources available to a larger, ageing population, it is reasonable to expect that boundaries for those eligible for euthanasia will expand.

The aged care system is difficult to access and navigate

The Royal Commission observed that “people trying to get aged care have reported the experience as time-consuming, overwhelming, frightening and intimidating.”

We know that in Victoria, specialist, government-funded “navigators” have been established to guide people through the assisted suicide and euthanasia process.  It is unfortunate, yet unsurprising, that specialist “navigators” are not available for those who wish to live.

The ability for the elderly to find information about government-subsidised aged care is difficult, because the My Aged Care service is a website and contact centre, with no ability to receive face-to-face assistance.  This results in people not necessarily being able to find out if the aged care services listed will meet their specific needs.

People wait up to three years for at-home aged care

Most older people want to remain in their own homes as long as possible, rather than moving to residential aged care.  However, the waiting times between being assessed as eligible for aged care and receiving a package range from 7 months for a Level 1 package to a whopping 34 months for those eligible for a Level 4 packages.  Level 4 packages are those who have “high care needs,” and so a waiting period of almost three years to receive a package means they are left with inadequate care for an unacceptably long time.

There are more than 100,000 Australians currently waiting for an aged care package at their approved level.  If people with the highest needs of care are waiting up to three years for assistance for which they have been assessed as eligible, but can access euthanasia in a period as short as nine days, it is reasonable to expect that some will be tempted towards euthanasia or assisted suicide.

People in aged care have limited access to services that address their holistic wellbeing, such as dietitians, psychologists, physiotherapists, occupational therapists, podiatrists and dentists.   The Royal Commission also found that “older people with disability do not have equitable access to disability services.”

Additionally, the Royal Commission found that “depression is very common” but staff are not skilled to identify and support with mental health conditions, and aged care residents do not have access to the same mental health support as other members of the community.

Given that depression does not disqualify a person from accessing euthanasia or assisted suicide, the prevalence of untreated or inadequately treated depression in aged care homes means that more people will be at risk of having mental health issues influence their “choice” for euthanasia.

Aged care is even less available in regional, rural and remote Australia

Those in regional and remote communities already have less access to health care and palliative care; the Royal Commission has also found they have less access to aged care as well.  According to the report, “the availability of aged care in outer regional and remote areas is significantly lower than in major cities, and has declined in recent years.”

Any MP serious about “choice” in end-of-life care should first demonstrate their commitment to choice by ensuring equitable care is available for those living in regional and remote parts of the country.

Abuse in care is a real problem

We know that euthanasia advocate, Philip Nitschke, has previously boasted that his organisation receives inquiries from those who would prefer to die than enter an aged care facility: does this really count as “choice”?

The report notes that physical and pharmacological restraints, used to “restrict a person’s free movement or ability to make decisions” has been a problem in aged care in Australia for more than two decades.  Given that supposed safeguards in euthanasia legislation include the capacity to understand a request to die, what checks are being done to determine that a patient has not been subject to restrictive practices that would impair their decision-making ability, and how often do those checks occur?

Despite over 50 per cent of aged care residents having a dementia diagnosis, the treatment of those with dementia by staff was named as a problem, with numerous examples of restrictive practices, abuse and other forms of poor treatment being used against residents with dementia.  Given that some jurisdictions allow euthanasia following a dementia diagnosis, this is a serious issue that has a direct impact on a person’s so-called “choice” for euthanasia.

“Choice” at end-of-life would surely involve specialist palliative care being available to all, and not just a minority, of aged care residents.

Basic care needs are not met

Euthanasia activists like to talk a lot about “death with dignity.” However, the Royal Commission found that basic human needs are not met: up to 68% of aged care residents are malnourished or at risk of being malnourished, assistance for them to maintain mobility is lacking, and even incontinence assistance is lacking, impacting on “dignity, quality of life and wellbeing.”

These and the other abuses highlighted in the Royal Commission report must be addressed as a matter of urgency. No MP in good conscience could vote to legalise euthanasia and assisted suicide after reading about the dire state of aged care in this country.