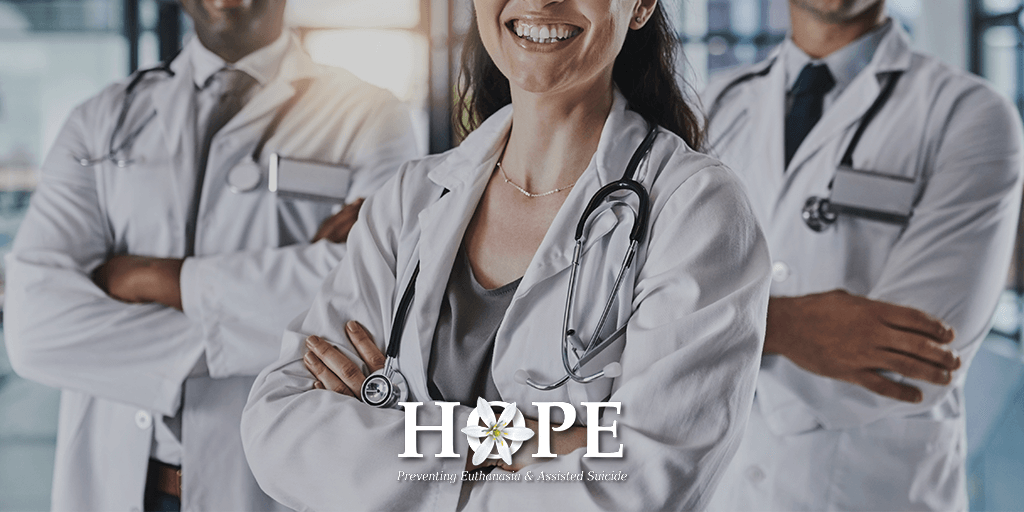 Pro-euthanasia advocates and media organisations routinely try to downplay the opposition of doctors to assisted suicide. As an example, the editorial in the Age this week ahead of the commencement of the assisted suicide law in Victoria states that “…some doctors and community members remain concerned terminally ill people might be influenced by avaricious, manipulative family members towards a decision to end their life, or be unable to give full and proper consent because of depression or other mental illness that often accompanies chronic suffering.”

In actual fact, there is very strong opposition within the medical community to physician assisted suicide and euthanasia, both in Australia and internationally.

“Physicians-assisted suicide, like euthanasia, is unethical and must be condemned by the medical profession. Where the assistance of the physician is intentionally and deliberately directed at enabling an individual to end his or her own life, the physician acts unethically. However the right to decline medical treatment is a basic right of the patient and the physician does not act unethically even if respecting such a wish results in the death of the patient.”

“The AMA believes that doctors should not be involved in interventions that have as their primary intention the ending of a person’s life. This does not include the discontinuation of treatments that are of no medical benefit to a dying patient.”

And despite lobbying by pre-euthanasia advocates for the American Medical Association to change its opposition to euthanasia and assisted suicide, the organisation recently re-affirmed its position on both of these issues by an overwhelming margin.

The organisation voted to adopt a report from the AMA’s Council on Ethical and Judicial Affairs (CEJA), which was asked to:

“study the issue of aid-in-dying with consideration of data collected from the states that currently authorized aid-in-dying, and input from some of the physicians who have provided medical aid-in-dying to qualified patients.”

In addition, the AMA’s Council on Ethical and Judicial Affairs rejected the euphemistic language that euthanasia advocates often use to hide the grim reality of the laws.

The Council said that “aid in dying” should be replaced with ‘physician assisted suicide’ as the term that describes what occurs with the greatest accuracy:

“… CEJA believes ethical deliberation and debate is best served by using plainly descriptive language. In the council’s view, despite its negative connotations, the term ‘physician-assisted suicide’ describes the practice with the greatest precision.”

The organisation voted in favour of adopting the report by 360 votes to 190. Delegates also voted to re-affirm current AMA policy on euthanasia and assisted suicide by 392 votes to 162.

Here are the respective position statements that have been re-affirmed by the American Medical Association:

“Physician-assisted suicide is fundamentally incompatible with the physician’s role as healer, would be difficult or impossible to control, and would pose serious societal risks.”

“Euthanasia is fundamentally incompatible with the physician’s role as healer, would be difficult or impossible to control, and would pose serious societal risks. Euthanasia could readily be extended to incompetent patients and other vulnerable populations.”

These are not just “some doctors” who are concerned about euthanasia and assisted suicide as the Age editorial asserts. These are but just some examples of the positions taken by hundreds of peak bodies representing the medical profession around the world who consider that their role as physicians and healers is fundamentally opposed to a practice which involves the deliberate taking of life.