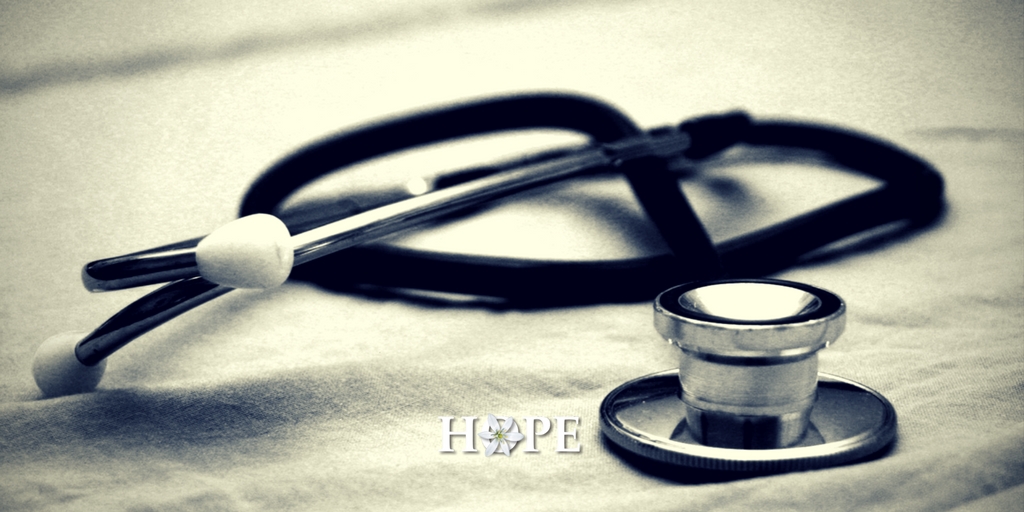 On 19 September 2017, just two days before assisted suicide bills (euphemistically called Voluntary Assisted Dying bills) were introduced respectively into the New South Wales Legislative Council and the Victorian Legislative Assembly, the American College of Physicians published its updated position paper on Ethics and the Legalization of Physician-Assisted Suicide in its prestigious Annals of Internal Medicine.

The American College of Physicians is the largest medical specialty organization in the United States with members in more than 145 countries worldwide. ACP membership includes 152,000 internal medicine physicians (internists), related subspecialists, and medical students. Internal medicine physicians are specialists who apply scientific knowledge and clinical expertise to the diagnosis, treatment, and compassionate care of adults across the spectrum from health to complex illness.

Its position on assisted suicide is therefore of great interest, not just in the United States, but here in Australia.

The Position Paper considers – but rejects - the argument for assisted suicide based on patient autonomy:

Some have advocated strongly, on the basis of autonomy, that physician-assisted suicide should be a legal option at the end of life. As a proponent of patient-centered care, the American College of Physicians (ACP) is attentive to all voices, including those who speak of the desire to control when and how life will end. However, the ACP believes that the ethical arguments against legalizing physician-assisted suicide remain the most compelling. On the basis of substantive ethics, clinical practice, policy, and other concerns articulated in this position paper, the ACP does not support legalization of physician-assisted suicide. It is problematic given the nature of the patient– physician relationship, affects trust in the relationship and in the profession, and fundamentally alters the medical profession's role in society.

The Paper stresses that the real, practicable and ethical alternative to assisted suicide is to properly address the needs of patients at the end of life and their families.

Society's focus at the end of life should be on efforts to address suffering and the needs of patients and families, including improving access to effective hospice and palliative care.

Access to state-of-the-art symptom control remains limited for all dying patients. Of particular concern, evidence of ethnic and racial disparities in access, outcomes, and communication is increasing. Many patients fear they will not receive appropriate end-of-life care when they need it. Others are concerned about being a financial, physical, or other burden on their family, losing autonomy or control, or being placed in a long-term care facility. Some are alone or lonely; loneliness has a mortality risk similar to that of cigarette smoking, yet its health implications are underappreciated. Many persons approaching death are clinically depressed or have other psychiatric comorbid conditions, and some contemplate suicide. According to Wilson and colleagues, “the expression of a desire for death by a terminally ill patient should raise a suspicion about mental health problems; by itself, however, it is not definitively diagnostic of one”. This desire fluctuates over time and may be related to inadequate symptom management. Medicine can and should ameliorate many of these problems; some, however, are outside the scope or goals of medicine and should be addressed in other ways.

Legalization of physician-assisted suicide also raises social justice issues. Society and the medical profession have duties to safeguard the patient–physician relationship and human dignity. These duties apply especially to the most vulnerable members of society: the sick, the elderly, children, the disabled, the poor, minorities, and others.

Some individuals might view themselves as unproductive or burdensome and, on that basis, as candidates for assisted suicide, especially if a physician raises it or validates a request.

This is a very valid concern as the data from Oregon shows that in 2016 nearly one out of two (48.87%) people who died after taking prescribed lethal medication cited concerns about being a “Burden on family, friends/caregivers” as a reason for the request.

Does the concern about being a burden originate solely from the person or is it generated by subtle (or not so subtle) messages from family, friends and caregivers - including physicians - who find the person to be a burden or a nuisance or just taking too long to die?

In both Washington and Oregon, the official reporting forms include a check-the-box question with seven possible "concerns" that contributed to the lethal dose request. These concerns include the patient's feeling that he was a "burden." The prescribing doctor is instructed: "Please check 'yes,' 'no,' or 'don't know' depending on whether or not you believe that a concern contributed to the request." In other states, a person being described as a "burden" is a warning sign of abuse. For example, Sarah Scott of Idaho Adult Protection Services describes the following "warning sign": "Suspect behaviour by the caregiver . . . [d]escribes the vulnerable adult as a burden or nuisance." The recommendation is that when such "warning signs" exist, a report should be made to law enforcement and/or to the local adult protective services provider. Washington and Oregon, by contrast, instruct its doctors to check a "burden" box. Washington and Oregon promote the idea that its citizens are burdens, which justifies the prescription of lethal drugs to kill them. Washington's and Oregon's Acts do not promote patient "control," but officially sanctioned abuse of vulnerable adults.

The ACP Position Paper also refers to the link between legalizing assisted suicide and an overall increase in the suicide rate, especially among the elderly:

See more on the conflict between suicide prevention and assisted suicide here.

The American College of Physicians acknowledges the valid concerns from disability groups.

Vulnerable communities and individuals raise strong concerns that legalization leads to attitudinal changes, subtle biases about quality of life, and judgments that some lives are not worth living. National disability groups are opposed to physician-assisted suicide.

See more on the disability perspective on assisted suicide here.

Rather than just rejecting assisted suicide as incompatible with the proper goals of medicine as well as the common good the ACP’s Position Paper sets out a very helpful 12 step program for caring for patients at the end-of-life who may at some stage request assisted suicide:

Regardless of jurisdiction, physicians may encounter patients who request physician-assisted suicide (or express fear of suffering with death). Patient concerns and reasons for the request should be discussed thoroughly. As for all patients nearing the end of life, the physician should:

1. Be present, listening to the patient and keeping dialogue open, exploring the reasons for the request, trying to understand its meaning and seeking alternative solutions where possible.

2. Affirm that he or she will care for and not abandon the patient, accompanying and advising the patient through the journey of end-of-life care (studies suggest “the desire to hasten death is future focused and appears to be related to fear of distress and not coping, rather than with current levels of distress or coping ability”.

3. Discuss patient goals of care and the nature of curative and comfort care, explaining a both/and approach to disease-oriented and palliative care as well as an either/or approach and asking, for example, how do you hope I can help you?

4. Facilitate advance care planning and an understanding of surrogate decision making, as desired by the patient.

5. Ensure that the patient is fully informed of the right to refuse treatments and what that entails.

6. Discontinue or do not start medications and interventions that interfere with the patient's values, goals, and preferences.

7. Assess and treat the patient's pain and other distressing physical and psychological symptoms.

8. Assess and optimize patient function through a whole-patient focus.

9. Coordinate, as desired by the patient, the efforts of other members of the health care team, and use community-based resources to address financial, emotional, and spiritual burdens on the patient and family.

12. Arrange hospice care at home if that is the patient's preference, being cognizant that palliative and hospice care expertise should be used as early as is indicated. Many patients in the United States receive such care too late or not at all.

None of the processes that would be set up under either the Victorian or New South Wales Voluntary Assisted Dying Bill 2017 would help facilitate such a thorough, thoughtful, helpful approach to end of life care. Instead the Bills would put in place a tick a box, form filling, one way process that ends with a person, possibly alone, ingesting an experimental cocktail of lethal drugs or being injected by a doctor with a deadly poison.