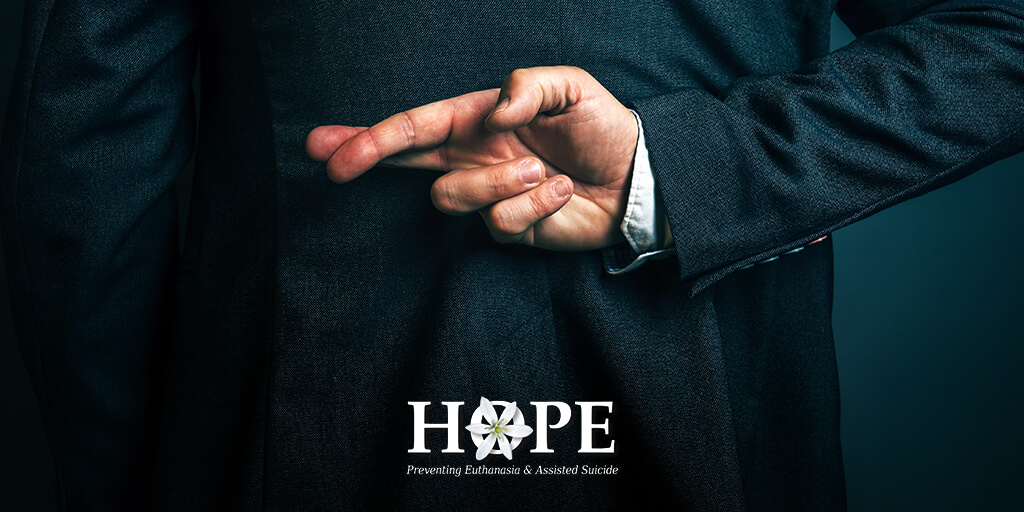 A Queensland MP has urged the parliament to rush euthanasia legislation through before the next state election to be held this time next year.

Noosa MP Sandy Bolton used a speech in Parliament last week to say that “questions are understandably being asked as to why an assurance has not been given for this to be brought into the chamber as a priority this term.”

Ms Bolton went on to say that it was appropriate that the current Parliament “deal with any recommendations, including proposed new laws” because the focus for MPs should be those they serve and not their “personal beliefs or aspirations.”

The reason that the legalisation of assisted suicide and euthanasia should be left until after the next election is because the last time Queenslanders went to the polls, they were told that euthanasia would not be on the table under a Liberal-National or a Labor Government.

Two months after the 2017 Queensland election, the Courier Mail wrote to all MPs asking if they supported euthanasia.  The response from the Labor Party was:

“The Palaszczuk Government has no plans to introduce legislation to allow for voluntary euthanasia and will continue to closely monitor developments in other jurisdictions. This was our commitment to interested stakeholders ahead of the November 2017 election.”

Ahead of the 2017 election, Labor told interested stakeholders that euthanasia was not part of its plan.

For the LNP, the response was: “The LNP does not support any change to the current laws.”

There were four outliers: Labor MPs Shannon Fentiman and Nikki Boyd, the Greens Michael Berkman, and Independent Sandy Bolton, who is asking Parliament to push these laws through without taking it to a public vote.

Out of 93 members of Parliament, only four of them took a position in favour of euthanasia before the election.

The reason that the Parliament cannot give an “assurance” that the issue will be a priority over the next 12 months is that it would be an egregious bait-and-switch if it did occur.

Ms Bolton encouraged Parliament to not serve their “personal beliefs or aspirations,” but changing a promised position on an issue as controversial as euthanasia and assisted suicide in the middle of a term without asking voters would be exactly that: serving personal beliefs above a constituency.

Queenslanders have a right to ask their MPs about their voting intention in relation to euthanasia and assisted suicide, ask the parties asking for their vote about their funding intention for aged care and palliative care, and hold them to account at the ballot box.  That’s how democracy works.