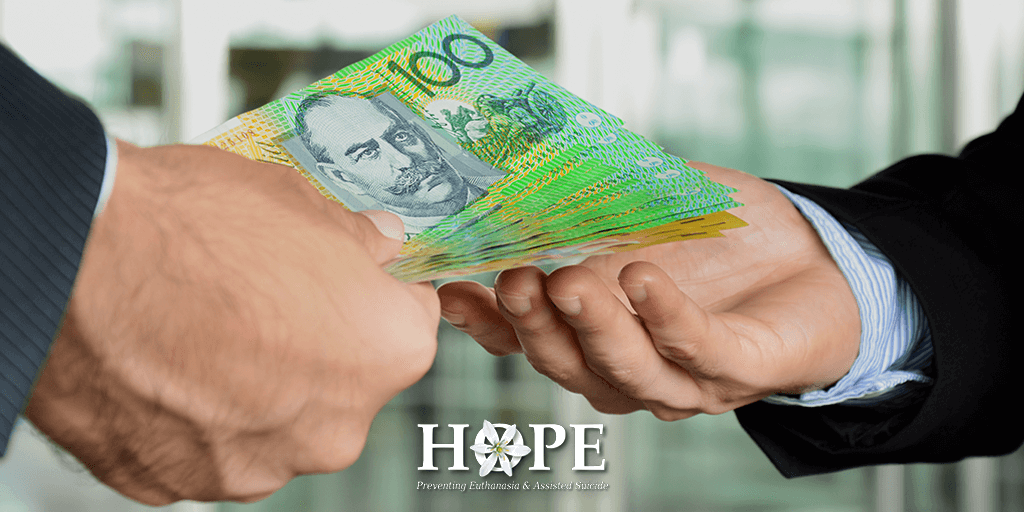 Euthanasia and assisted suicide have opened up a whole new world of organ donation, creating a new and burgeoning source from which donor programs can receive bodies.

Far more than a medical marvel, organ donation is rightly considered by society at large as a noble act: a parting gift of life from the other side.

Even when death occurs in the most tragic of circumstances, a loved one’s remains bringing life to someone in desperate need can bring joy to the grieving and life to the dying.

A new article by E. Wesley Ely, a former co-director of Vanderbilt University’s lung transplant program, has shed light on the disturbing direction the debate on organ donation is taking in relation to euthanized patients. In a very short time, the debate is moving from ‘donation after death’ to ‘death by donation.”

‘Donation after death’ refers to the practice whereby a person who has died by a lethal injection then has their organs retrieved for donation.

But there’s a hitch.

As explained in a recent New England Journal of Medicine article:

Both European and Canadian laws require that the dead donor rule be followed, so organ procurement can’t begin until after the patient has been declared dead – typically between 2 and 10 minutes after the onset of pulselessness. As a result, organs are compromised by the period of ischemia that occurs before retrieval.

In order to overcome such ‘obstacles’, the concept of ‘death by donation’ emerges as a way forward.

As the name suggests, ‘death by donation’ entails ending a person’s life with their informed consent by taking them to an operating room and, while they’re still alive under anaesthesia, removing their vital organs.

Needless to say, the ethical questions this new means of organ acquisition raises are innumerable.

There are proposals emerging that death by donation ought to be about “patient preferences” – if the person desires to donate as many organs as possible and in the best condition possible, they should be able to do so.

Following the dead donor rule could interfere with the ability of these patients to achieve their goals. In such cases, it may be ethically preferable to procure the patient’s organs in the same way that organs are procured from brain-dead patients (with the use of general anesthesia to ensure the patient’s comfort). Doing so, however, would require an amendment to the Criminal Code of Canada, which defines medical assistance in dying as the administration of a “substance” by a qualified provider.  By this definition, organ retrieval is not an accepted cause of death.

While such a decision by a patient may seem a very noble act, the implications this poses for those contemplating euthanasia or assisted suicide are dire.

Many people entertaining the thought of euthanasia already feel their lives lack purpose.  How much more would this impress upon them that by their dying they could do something useful – essentially giving their life to someone who, unlike them, wants it?

What about recent legislation passed in Nova Scotia that presumes consent for organ donation? Unless one opts out, their organs will be harvested.  Informed consent is already a huge concern in countries such as Belgium and the Netherlands – this raises even more grave questions.

And not to mention what effect such a step would have on doctor-patient relationships. As E. Wesley Ely argues:

When physicians are participating in a procedure designed to take a person’s life, will patients feel 100% certain that their physician is firmly on the side of healing? What message does it send about the value of every human life when physicians endorse the exchange of one life for another?

Would physicians really be able to resist the temptation to hasten an elderly person’s death in order to save the life of a young mother?

Death by donation is yet another ethical can of worms thrust upon us by euthanasia and assisted suicide.

The message it sends to society is frighteningly utilitarian, and yet, insidiously, it manages to do the impossible: while reducing humans to the sum of their parts, it casts killing oneself in a noble light.

One thing seems certain: euthanasia and organ donation are set to become a disastrously lucrative marriage of convenience.