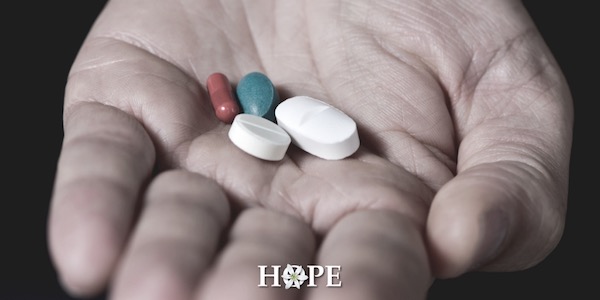 In the United States the assisted suicide debate is gaining momentum. As of this year, over twenty states introduced bills to legalise the practice, and despite each bill having been struck down, it appears that the deliberation is far from over. The Hill reports:

A recent bi-partisan Sense of Congress bill introduced in Washington, D.C., has opened up the discussion at a national level, and paved the way for upcoming bills and debates in 2018. If 2017 was a busy year for assisted suicide legislation, 2018 will be even more so.

How has this particular topic become such a major issue that its advocates will keep pushing, even after legislation consistently and repeatedly gets voted down? Because, like in Victoria, assisted suicide and euthanasia are being sold under the guise of ‘compassion’ and the ‘right to choose’, even though economic factors unfortunately come into play as well.  No one ever talks about the financial reasons to back euthanasia, but once legislation is passed, they become apparent, and demonstrate that euthanasia and assisted suicide restricts compassion and personal choice, rather than providing it:

[T]he economic forces that drive insurance companies, and subsequently patients’ coverage options, greatly restrict self-determination for already vulnerable populations, including people with disabilities. There is evidence that economic considerations limit choice when it comes to health insurance coverage. And the deadly combination of assisted suicide and our profit-driven health care system does in fact steer some patients toward lethal drugs, the cheapest form of “treatment.”

With such a utilitarian mindset and a laser focus on profit, the legalisation of assisted suicide becomes another means of keeping numbers in the black.

Dr. Brian Callister, a physician from Reno, Nev., was told by two separate insurance medical directors that assisted suicide would be covered for his California patients, but the curative therapies Dr. Callister had prescribed to save their lives would not.

Callister confirms the concerns of health care advocates, saying that “since assisted suicide became legal in California and Oregon, the practice of medicine across the West has been irreparably harmed for patients who still want their diseases treated but are now simply offered the cheaper option of a quick death.”

But it’s not just the insurance companies that pose a threat. Assisted suicide deaths can be the result of pressure from relatives who have something to gain from their death.

In states where assisted suicide is legal, nothing prevents a relative who stands to benefit from the patient’s death from steering that person towards suicide, witnessing the request, picking up the lethal dose, or even administering the drug. The same goes for abusive caregivers. No witnesses are required when the lethal drugs are administered, and despite assurances by assisted suicide proponents, there are no checks or balances that would prevent abuses.

Between the profit-driven corporations and agenda-driven relatives, you’d think there would be an extensive screening process and documentation. However, this is far from the case:

At present, states that have legalized assisted suicide do not even require doctors to record the lethal medication they prescribed as the direct cause of death on the death certificate. Instead, they list the cause of death as, for example, the patient’s terminal illness thereby leaving behind a trail of misleading documentation.

As the United States enters 2018, they need to realise that behind the emotional arguments and the increase of capital is a methodology which is nothing more than legalised homicide. At first, it will seem like a utopian answer to our natural fear of pain, but in the end it will open the door to those who seek to capitalise on the termination of their fellow citizens.

There is nothing ‘compassionate’ or ‘free-willed’ about it.