Assisted Suicide – Is it all about the money? 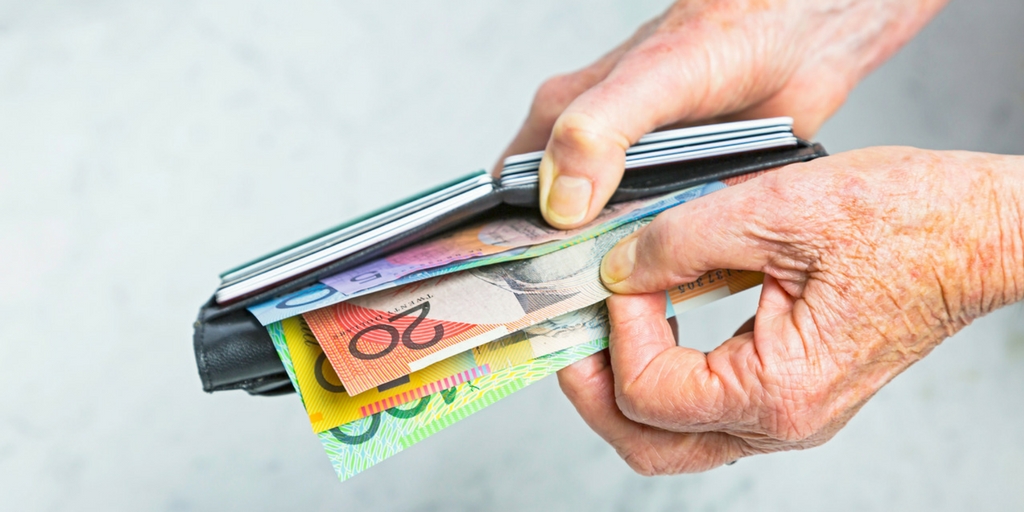 CEO of St Vincent’s Hospital network, Toby Hall must have been wondering at all the fuss over a simple observation in a recent article in The Australian about his network stating its blanket refusal to cooperate with assisted suicide should Victoria pass the Andrews’ Government mooted legislation.

I have written previously about the Greens’ Party spokesperson, Colleen Hartland calling for the government to review St Vincent’s funding as a response. A veiled threat if ever there was one. Surely the mantras of tolerance and diversity are broad enough to include a health service that has a conscientious objection? Maybe not.

But the most scathing criticism of Hall’s comments came from journalist Andrew Denton; also on the pages of The Australian. Denton was responding to the following statement in the original article:

“St Vincent’s Health Australia chief executive Toby Hall said the Andrews government’s proposed “conservative” euthanasia model was flawed and vulnerable patients would be put at risk by the proposed legislative changes, which he described as a “cheap economic way out”.

“He accused the government of taking the cheaper option to “give someone a drug and kill them” rather than providing sufficient palliative care for the majority of Victoria’s terminally ill.”

But rather than providing any concrete evidence to support his criticism of Hall’s comments, Denton simply asserts that, “It is both incorrect and highly insensitive to the reality of how Victorians are dying” and then moves on. That is, except for this curious claim:

But by palliative care’s own admission all the resources in the world aren’t going to help them deal with all pain and suffering. It is not medically possible. And until we find a cure for cancer, MND and other diseases, this is unlikely to change.

The first statement seems to be a paraphrase that is, at the very least, debatable – depending on what one might take to be the precise meaning of each of its phrases. The second is redundant – if there were no difficult diseases there would clearly be little if any difficulty in managing symptoms.

But there’s a bigger picture here that Hall was alluding to, made abundantly clear by the call this week by Palliative Care Victoria for an additional $65M in funding in the state to help meet the need and to fill the service delivery and educational gaps. This follows closely upon the New South Wales Government recently committing $100M towards regional and rural palliative care services in that state.

The reality is that, in spite of Australia’s Palliative Care Services being ranked second in the world behind Britain, there are still service gaps and funding shortfalls. In that context and for some, the supposed ‘choice’ of assisted suicide is, in reality, no choice at all.

This is also true when you consider that in a landmark study by the Grattan Institute a few years ago confirmed that something like 70% of Australians expressed a deep desire to die at home when only 14% of people were actually able to exercise that choice.

So if you live in rural or remote parts of Australia not only will you likely not be able to die at home, but the services you receive could be well below Australian standards or you may need to choose between dying in a regional hospital that may not be able to meet your needs or being transferred to a big city hospital with all of the attendant dislocation. Perhaps assisted suicide becomes a more pressing option when other legitimate choices are limited. Hardly fair is it?

In spite of the need for increased funding for palliative care and end of life care being recognised in the Victorian Auditor General in 2015, the End of Life Choices Inquiry in 2016 and by the Productivity Commission this year, there was no additional funding for such services in the recent Victorian State Budget.

Yet, according to Palliative Care Victoria:

They further note that there has been no nett increase in palliative care funding from the government since 2014.

Does this sound like a government that has a handle on its agenda? Surely, if they were serious about ‘choice’ as a value in promoting assisted suicide they would have increased funding in the last budget a few months ago; even if only to make the point that they take end of life care seriously.

No doubt they will point to the mooted lead in period until their assisted suicide regime becomes active. But Palliative Care Victoria’s plaintive cry for support won’t fix the gaps overnight. As Liz Carr told Victorian Parliamentarians a few months ago – fix the first 48 recommendations of the Parliamentary Inquiry Report before you tackle number 49 (the suicide recommendation).

Without such funding the CEO of St Vincent’s assertion of assisted suicide may be seen by bean counters as a ‘cheap way out’ has a ring of authenticity.

In Canada, less than a year after the Quebec and Ottawa government's legalised forms of euthanasia and assisted suicide, a research paper entitled: Cost analysis of medical assistance in dying in Canada appeared in the Canadian Medical Journal (CMAJ). It found that "Medical assistance in dying could reduce annual health care spending across Canada by between $34.7 million and $138.8 million." The bean counters must have been in seventh heaven.

Daniel Fleming took up the 'economic argument' on the pages of the ABC's Religion and Ethics website, citing the Canadian study:

"Soon after the legislation was introduced in Canada, the abovementioned study was undertaken which had the object of demonstrating the savings to Canadian tax-payers as a result of the legislation. At this point in time, such savings might be considered an ancillary purpose to the explicit purpose of providing PAS-E (Euthanasia and Physician Assisted Suicide). However, they reveal important facts: end-of-life care is expensive, and it is not impossible to imagine a government or healthcare organisation which needs to face this fact during a hard budget agreeing to focus more attention on the cheaper options of PAS-E than on other forms of end-of-life care, an approach which has already been suggested by one of the world's leading economists."

Even the famous Dutch euthanasia enthusiast, Dr. Boudewijn Chabot recently lamented the effect of financial considerations in relation to euthanasia for psychiatric reasons in his own country:

"Ever since budget cuts turned chronic psychiatry into a diagnosis-prescription business, good treatment has become scarce."

"These are uncomfortable considerations, and they take the debate outside of its typical contours which consider the suffering of an individual and sometimes their family, and whether or not it is right for that person to end their own life with medical assistance. That debate still needs to be had. However we land there, it is crucial to remember that the debate takes place in an ideological context, and if or when the legislation is enacted it will be done in a way that takes it beyond the intent of those proposing it, and into the realm of the value set of capitalism. Any legislation or major social interventions has social consequences beyond its original purpose."

There’s always the money question just as there will always be people who are at risk under any form of legislation. There are winners and losers in all of these debates.

Andrews' resistance was not based on faith, he explained, but from his stint as health minister under the Brumby government. It was during that time the Labor MP saw firsthand the incessant demand for hospital beds in an overstretched system and became increasingly concerned that "these laws might see a rationing of precious health dollars".

Andrews may have changed his mind to support assisted suicide, but his observations about the health system and the temptation to cut and/or limit budgets remains.