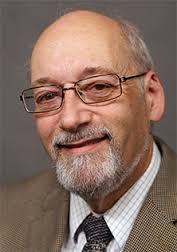 Doerflinger writes in reference to the debate on assisted suicide in the Council of the District of Columbia - the US National Capital.

The general risks are evident from the way similar laws have worked in Oregon, which voted for this agenda in 1994, and in Washington state, where I now live, which followed suit in 2008. (California so far has produced no data on the results of its similar 2015 law.) While proponents say the data show there is no "abuse," and no slippery slope toward a broader agenda, the opposite is true.

It is amazing that the state reports provide any useful information at all. The Oregon and Washington laws create a closed system, in which all reporting is by the doctor who prescribes a lethal overdose of barbiturates to his patient. No one may question the truthfulness of this account. The same doctor, often working with the suicide advocacy group "Compassion & Choices," certifies the patient as likely to die in six months, decides whether there should be a psychological evaluation to check for depression, and selects the doctor who will give a second opinion on these matters.

Not surprisingly, all doctors self-report that they are doing a fine job of following the law, that the patient is competent to request a lethal overdose, and that there is almost never a need for psychological evaluation. This doctor may even sign the death certificate, though generally he is not present at the time of death. Oregon's law allows the doctor to falsify the certificate, reporting the patient's underlying illness as the cause of death. Washington's law requires him to do so.

This system creates the misleading impression that the doctors are uncannily accurate in predicting that these patients would have died in six months. In fact, some patients taking the drugs had received them in previous years, showing they had not been that close to death when diagnosed. And some who received the drugs but did not take them have lived much longer than six months before dying of natural causes. Because most patients die from the drugs within six months, we can only speculate as to how long they would have lived.

Despite the closed reporting system, word of abuses has leaked out in Oregon. One woman, Kate Cheney, was found competent to take her life despite her own dementia and the involvement of an adult daughter seen by doctors as "somewhat coercive" in demanding the lethal pills. Michael Freeland, who had suffered from suicidal depression for years before ever becoming ill, was nonetheless given the drugs, though other weapons had been removed from his home so that he would not harm himself. Oregon officials have written to Barbara Wagner and other cancer patients to deny coverage for life-extending therapy, while pointing out that they have ready access to suicide drugs on the state health plan. When one man admitted he had "assisted" his disabled brother-in-law, Patrick Metheny, by administering the lethal drugs, the Oregon attorney general's office responded that this slide from suicide to homicide may be necessary to comply with the Americans with Disabilities Act.

Even the official figures provide cause for alarm. The annual number of people taking their lives under the Oregon law is now eight times what it was in the law's first full year of operation. In Washington state, the number has tripled in only seven years. Most patients are aged 65 or over, with no current spouse; a growing majority have no health insurance or only government insurance. Advocates appeal to Americans' fear of horrible pain to win approval for their agenda, but most patients do not cite a concern about current or possible future pain as a reason for taking the drugs. More say they feel they are becoming a "burden" on othersâ€”an attitude encouraged by the law itself, which authorizes suicide prevention for everyone else but suicide "assistance" for them.

In short, those dying under these laws fit the profile of those most at risk of being victims of elder abuse, a public health epidemic in which perpetrators are most often members of one's own family. And at the time of these seniors' deaths, the law provides for no scrutiny, no witness, no assessment of competence or undue influence to counter what an exasperated or greedy relative may do to "assist" a frail parent, aunt, uncle, or grandparent.

Putting the Most Vulnerable at Risk

So far, these abuses have been occurring in Northwest states largely populated by middle-class whites, where black Americans are a tiny minority. Now this agenda is moving to DC, where half the population is black and there are great inequities between the affluent and the urban poor.

The poor and members of racial minorities oppose physician-assisted suicide more strongly than other Americans; they are also most susceptible to become victims of its abuse. As Governor Cuomo's New York State Task Force on Life and the Law concluded in 1994, legalization would "pose the greatest risks to those who are poor, elderly, members of a minority group, or without access to good medical care." Past treatment of poor black Americans by our health care systemâ€”the Tuskegee syphilis experiments, the sterilization of poor black women without informed consent in the 1970s, disparities in quality health care and health coverage up to the present dayâ€”suggests that allowing doctor-assisted suicide in the District is an ill-conceived experiment at best.

Yet the Council of the District of Columbia has labored to make DC's bill the most expansive and dangerous thus far. The bill includes Washington state's explicit requirement that doctors falsify the cause of death. More alarming still, it is designed to ensure that third parties can administer the lethal dose, effectively legalizing homicide. Departing from Oregon's law, in half a dozen places the final DC bill has been amended to describe the patient's key action as "ingesting" the overdose. The dictionary definition of "ingest" is to swallow or absorb. So there is no barrier to other people, such as coercive relatives, getting those pills into the patient's body.

In short, the proposed law not only allows assisted suicide, it also carves out an exception to the law against homicide. It will allow murder of the sick and elderly, followed by a government-approved cover-up to hide the fact that any lethal action occurred.

The DC Council may not have understood the full implications of what it was doing when it gave preliminary approval to this unprecedented law. It will have another chance to reconsider soon, as will the mayor and the Congress. If the Council does not correct course, it will provide excellent ammunition to those who say the District cannot be trusted to govern itself.

Richard M. Doerflinger is a public policy fellow with the University of Notre Dame's Center for Ethics and Culture. Formerly a resident of Washington, DC, he lives in La Conner, Washington.