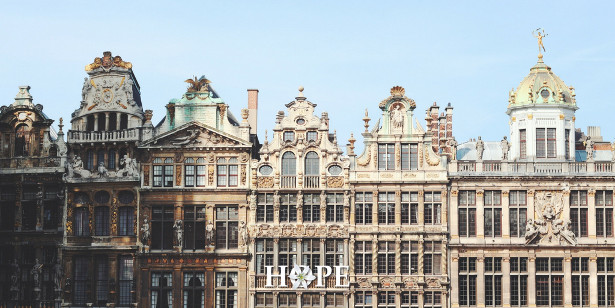 Last week 43 Belgian psychiatrists, psychologists, and academics published an open letter demanding national debate on the issue of euthanasia and mental illness. These experts in the field state that the current law is too vague, and is resulting in many uncalled-for deaths.

Wim Distelmans, the head of the Belgian euthanasia commission, has said that prominent psychiatrist Lieve Thienpont has approved the requests for assisted suicide from many patients on the basis of psychological suffering, allowing patients to be euthanised illegally. The issue did not get much exposure in Belgium until international sources began reporting it.

These patients are very desperate, stressed. They say things that are not always correct.

Euthanasia because of unbearable and futile psychological suffering is very problematic. It is about people who are not terminal and, in principle, could live for many years. Therefore, extreme caution is appropriate both clinically and legally. The essence of the case seems to us that in estimating the hopelessness of one's suffering, the subjective factor cannot be eliminated ...

The solution, say the advocates, is more stringent and specific regulations to protect at-risk Belgians:

The law does not indicate the exact criteria for unbearable and psychological suffering. Any complaint about any carelessness in this area will only end in a legal ‘no man’s land.’

More and more, no matter how many criteria there are, it depends simply on how an individual psychiatrist interprets or tests them, aided by the doctor's own assumptions and the patient's account of his symptoms.

The legalisation of assisted suicide in Belgium has put psychiatrists and other physicians in a difficult position in terms of their relationship with their patients. How can a doctor vow to preserve life while at the same time allow for assisted suicide?  How can a medical professional whose role is to treat mental illness also deem it as a reason someone should be given lethal drugs?  One experienced psychiatrist described the extraordinary tension the law places on their profession:

Strangely enough, people with less severe and readily treatable mental disorders-such as borderline personality disorders-request euthanasia more often than seriously ill patients. The offer really creates the questions. Euthanasia has become a new symptom. Often it’s a cry for help: 'Am I still worth living, or are you giving up on me?' But it is a symptom with particularly dangerous consequences...

If you refuse to take the euthanasia question seriously, you put the relationship with the patient at risk and lose your trust...

Since the euthanasia law there has been some kind of madness in our work. After the threat of suicide, for which you must be constantly on guard as a psychiatrist, there is now the threat of euthanasia.

If mental health professionals are confused about how they must discharge their obligations to a patient requesting euthanasia, how can anyone be clear about the law surrounding assisted suicide for psychological suffering?