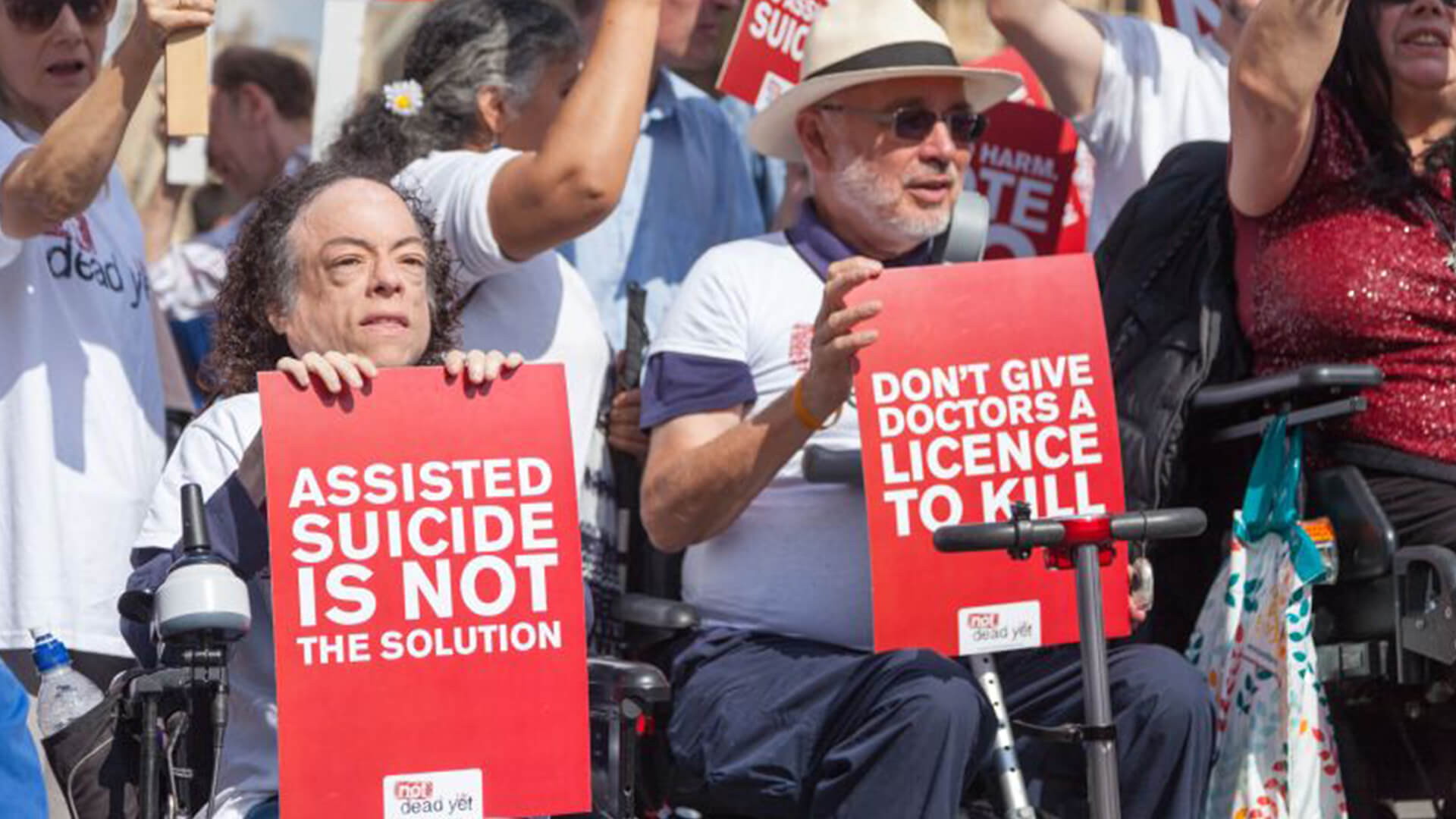 Disability campaigners in the UK are fighting new attempts to legalise euthanasia and assisted suicide in the country. A new bill introduced by Baroness Meacher received its first reading in the House of Lords on 26 May 2021 and is likely to be debated later this year.

UK based disability rights activists, Not Dead Yet UK however have highlighted the disastrous consequences for people living with disabilities should the bill be made law, saying it would be “a threat to disabled people’s lives, independence and peace of mind.” They argue that “many people had lost access to health and social care during the pandemic, making it even harder to secure the support they needed to live ‘active, independent lives’ and bringing into sharp focus the value society places on them.”

This was reinforced by three UN human rights experts in January this year who sounded the alarm about the “growing trend to enact legislation enabling access to medically assisted dying based largely on having a disability or disabling conditions, including in old age.”

They argued that “even when access to assisted suicide was restricted to those at the end of life or with a terminal illness …disabled people, older people and particularly older disabled people ‘may feel subtly pressured to end their lives prematurely due to attitudinal barriers as well as the lack of appropriate services and support.’”

The message subtly being conveyed to people with disabilities by our ableist society is that it is better to be dead than to be disabled. Legalising euthanasia and assisted suicide codifies this message in law.

We can see this being played out in Queensland as the state gears up for a debate about their euthanasia and assisted suicide legislation. One advocate for the laws has argued a change in the law is absolutely necessary because she does not countenance being incontinent and disabled and reliant on others:

“I would want to go before I am in nappies and before someone else is cleaning up my excretions as part of [their] daily love for me.”

What message are we sending people living with disabilities when our law says that society agrees with you, that having those kinds of disabilities and being dependent in that way is worse than being dead?

As Stephanie Woodward, director of advocacy at the Center for Disability Rights in Rochester has articulated:

“Having been born with a physical disability, I am all too familiar with the overwhelming number of people who feel that decisions should be made for me, not by me. I know the tactics used to coerce disabled people into doing what someone else thinks is best because they've been used on me. I am well aware of the "ableist'' notions that society holds - that having a disability is a tragedy, that we're a waste of resources and a burden on society, and that we're "brave" to live with our disabilities (which essentially means that most people would rather die than be "brave" and live with a disability like me).”