Biased healthcare will get worse with euthanasia 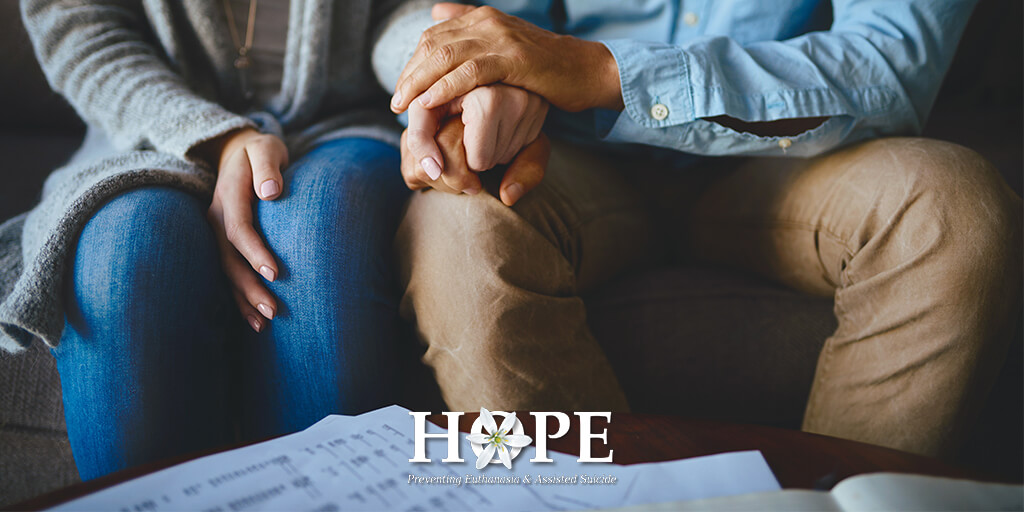 “How much more money are we going to spend on him keeping him alive?”

This was the question asked of Kim Creevey about her son, Harri, who had been taken to hospital with a breathing difficulty caused by – completely treatable – acid reflux.

It was not asked on the side, but while the doctor was standing over Harri’s bed.  Harri heard and understood every distressing word.

But, according to his mother, the doctor didn’t treat Harri as a patient.  Rather, he only saw the non-communicative quadriplegic before him.  He saw the condition, not the person.

“You know, do you have an end-of-life plan for him?”

The doctor kept questioning Kim about her son, before Kim asked him to move into the hospital corridor and asking him not to return again to Harri’s room.

Kim and Harri ended up needing to seek care at a separate hospital, because Dr Death would have been the paediatrician assigned to them if they had returned.

Kim and Harri’s story was just one of the harrowing tales told at the Royal Commissioninto Violence, Abuse, Neglect and Exploitation of People with Disability told in recent weeks.

Erin was born with Down Syndrome, but this did not affect her ability to live a full life.  She was working two jobs.  She won literacy awards at school, was trained in classical jazz and ballet and participated in the Special Olympics.

At age 25, Erin suffered a stroke.  She had lost her memory, her bodily functions and became paralysed down one side of her body.  After three days, the hospital sought to discharge her without further treatment.

Fortunately, Christine had worked with the Stroke Recovery Association, and so knew there were rehabilitation programs that were available to those who had suffered a stroke.  When she asked the doctor about whether the rehab would be made available to Erin.  Christine said that the doctor’s reply felt like she had been “punched in the gut.”

“Oh, look, she has Down syndrome. How hard are you going to try?”

Christine insisted, eventually having to take a year off work to undertake the rehab herself, and Erin is a happy and healthy 42-year-old now.

How would this same bias play out if euthanasia and assisted suicide were legalised in more jurisdictions in this country.

We know that after visiting Canada, the UN Special Rapporteur on the Rights of Persons with Disability said she was “extremely concerned about the implementation of the legislation on medical assistance in dying from a disability perspective,” citing claims that people with disabilities where being pressured to “choose” assisted dying.

These stories also demonstrate why the current push to allow doctors to raise the topic of euthanasia and assisted suicide with their patients is dangerous and misguided.  Because no one should have be told by their doctors that their lives aren’t worth living.