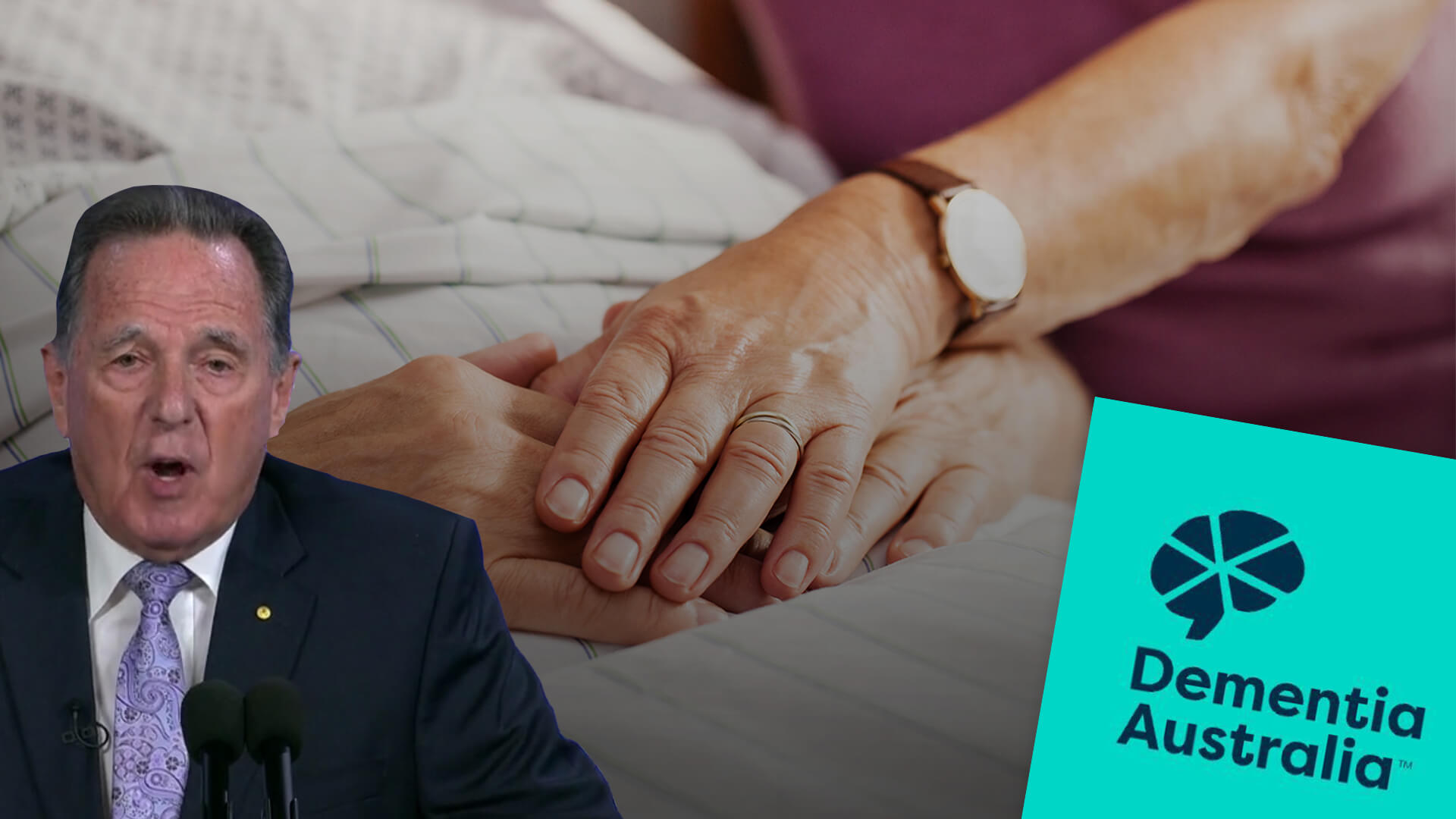 Before the West Australian euthanasia and assisted suicide regime has even been implemented, activists are already trying to see its reach expanded.

In a clear example of “get narrow legislation through, and then push to extend it,” the chair of Dementia Australia, Graeme Samuels, has used an appearance at the National Press Club to call for euthanasia and assisted suicide to be extended to those suffering from dementia.  His view was based partly on the experience of losing his mother to dementia.

Alarmingly, Mr Samuels didn’t shy away from the “burden on others” reasoning that often sits behind so many requests for assisted suicide.

“My personal position is that if ever I’m diagnosed with dementia, I want to end it quickly.  I want to end it for myself but also for my loved ones.  I don’t want them to have the burden of caring for me.”

Already, more than half of those asked about their reasons for choosing assisted dying speak about the burden on family and friends.

Imagine what damage it does to current dementia patients, or those who might be diagnosed with dementia in the future, to hear the chair of Dementia Australia speaking of their lives as a burden, with the burden being a justification for choosing assisted suicide.

Samuels appeared to advocate for a decision to be made on behalf of the suffering person, even after they had lost the capacity to provide consent.  He said:

“The problem is in some states dementia is not a disease that will permit to voluntary assisted dying, primarily because the person concerned doesn’t have the capacity anymore to do it.”

In other countries, this type of decision-making by a loved one has seen dementia patients held down against their will, struggling to resist the lethal injection, because the doctors and the families knew ‘better.’

How can anyone think this equates to a ‘dignified death’ for those suffering from dementia?

Samuels did acknowledge that at times, the decision of a loved one to have lethal drugs administered to a person with dementia could be borne of mixed motives, including to “save the problem of having to deal with the torment or distress.”  But the idea that a person would consent on behalf of another to save themselves the burden of caring for them did not seem to sway him.