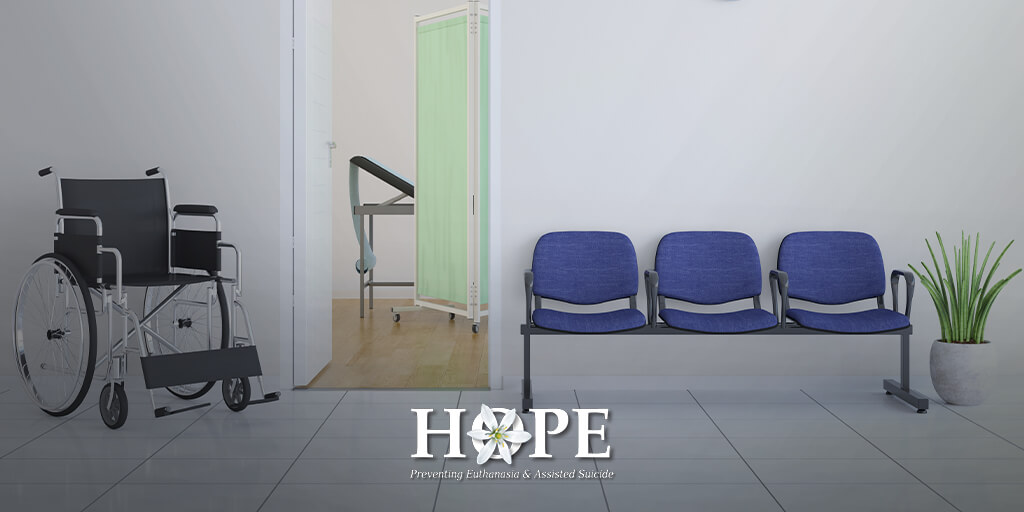 In 2006, a law was passed in Ontario that required designated hospitals to notify the government agency responsible for delivering and coordinating organ and tissue donation and transplantation services, “as soon as possible when a patient at the facility has died or a physician is of the opinion that the death of a patient at the facility is imminent by reason of injury or disease.”

The law takes precedence over other privacy and health information laws.

In 2016, euthanasia – or medical aid-in-dying (MAiD) – was made legal, so “imminent death” took on a whole new meaning.  In cases of euthanasia, as soon as one physician confirms that a patient meets the eligibility requirements, a designated facility is required to notify the government agency that death is imminent, giving its officers time to seek the patient out and speak to them about organ donation.

It was the first jurisdiction in the world to proactively reach out to those approved for lethal drugs.  This has resulted in a boon for organ donation.

As reported in the Ottawa Gazette:

A 109 per cent increase in just two years meant that the euthanasia-related donations accounted for five per cent of organ donations in Ontario, and those numbers are increasing.

This relatively new source of organs and tissues is significant in that Ontario’s waiting list for organs typically hovers around 1,600 without any great headway made to eliminate that number.

“It’s the right thing to do for those on the wait list,” said Ronnie Gavsie, the CEO of Trillium Gift of Life Network, the government agency responsible.

Trillium itself realises the potential that a discussion about organ donation could influence a vulnerable patient’s decision to choose euthanasia, with Trillium attempting to ensure the decision is made independently of a decision to die.  Its statements of principle, in part, read:

A patient’s decision to seek MAID should be made prior to the initiation of any discussion of organ and tissue donation. The organ donation, procurement, and transplant teams must not influence patient decisions or approval to receive MAID.

And while that might be okay for the initial discussion, what happens after that?

If the transplant team is called in immediately after a patient is deemed eligible for euthanasia, how will those discussions affect a patient’s decision about whether to go through with the lethal injection?

Could a vulnerable patient feel compelled to go through with euthanasia after agreeing to organ donation and incorporating it into their end-of-life care plan (as also suggested in the statements of principle)?

Mixing organ donation and euthanasia is another way to place pressure on already vulnerable patients.  In more ways than one, it is a lethal mix.