Canada: the real story on euthanasia 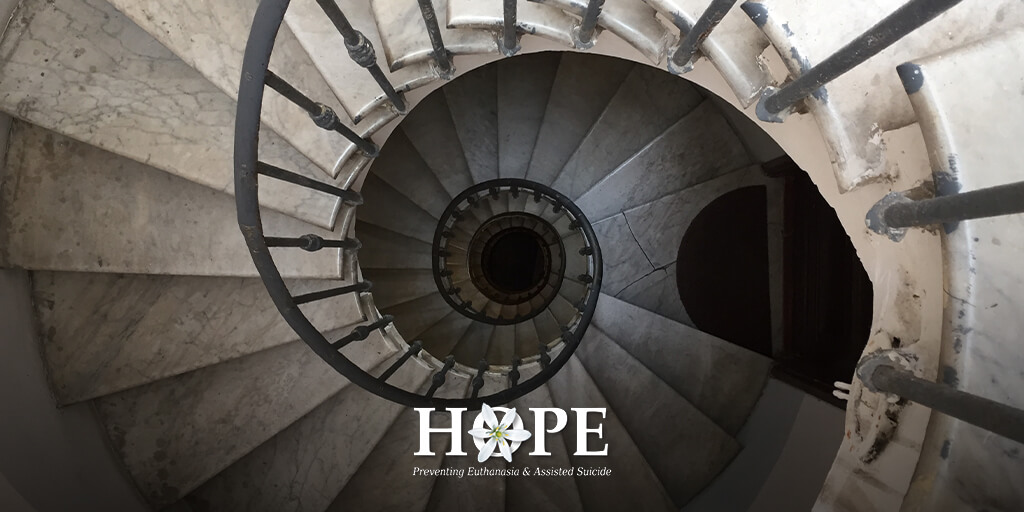 “The impact of normalised euthanasia on our day to day clinical work in palliative care has been profound.

Politicians being pressured by powerful pro-death lobby groups here in Australia would do well to pause and consider the situation in Canada, and what has occurred since that country legalised euthanasia in 2016.

Lifting the lid on what is actually happening on the ground in Canada, a group of doctors has written an explosive article outlining the “significant negative and dangerous consequences of this radical shift for medicine, and particularly for palliative medicine.”  The authors state at the outset that they were compelled to write the article in an effort to “balance recent portrayals in the popular and medical media that imply only a positive impact as a result of the introduction of euthanasia into Canada’s health system.”

“In four years, Canada has moved from approving euthanasia for so-called ‘exceptional’ cases to euthanasia being treated as a normalised, almost routine, option for death.”

Request for euthanasia because of lack of supports

Among a significant number of worrying developments identified by the authors, perhaps the most concerning, is increasing stories of people who are requesting euthanasia because of a lack of access to care, such as long-term care or disability supports:

“A significant number of reports have documented cases in which individuals have been told by health care professionals and others to consider euthanasia as an ‘answer’ to a perceived poor quality of life or a lack of health care resources to meet their needs. Motivation for these decisions and suggestions appears to include the cost of care or specialised supports.”

Disability advocates in Canada are especially concerned at legislative proposals to remove the “end of life criterion” from the existing legislation, which currently requires that a person’s death be reasonably foreseeable. Removal of this criteria will mean that “disability related suffering, largely caused by lack of support and societal inequality, justifies the termination of a person’s life”:

“When the legislation is amended, this will effectively enshrine in Canadian law the principle that a person’s life can be ended based on disability alone, further stigmatising and devaluing the lives of those living with disabilities.”

As is always the case with legislation being debated in parliaments around the world, so it was also in Canada, where it was argued that a ‘carefully designed and monitored system of safeguards’ would limit risks to vulnerable persons. These so-called ‘safeguards’ originally included a mandatory ten-day reflection period between the request and the procedure, a requirement that the two assessors be independent of one another, that the patient have decision-making capacity at the time of the decision and the time of the procedure, and requiring two independent witnesses, to guard against coercion of the patient.

These are all but being removed or watered down by the current round of legislative amendments, just four years after the legislation was enacted.

The authors also note that at the time of legalisation, access to palliative care was positioned as ‘a safeguard’ for euthanasia:

Unlike euthanasia, which has been situated as a health care right under the Canada Health Act (meaning that it must be publicly funded and accessible to all Canadians), palliative care has not been afforded the same status. This means that there is no guaranteed right of public funding or access for it under the Canadian system.

Confusion between palliative care and euthanasia

Pro-euthanasia advocates have very strategically conflated palliative care with euthanasia, whilst at the same time deliberately downplaying any potential impact upon palliative care as a consequence of legalising euthanasia. We see it time and time again: each time there is a debate on whether the prohibition on doctors killing their patients should be overturned in law.

The use of the term; medical aid in dying’ has also contributed to the confusion in the minds of the public and the medical profession about what is delivered by the two distinct practices. Palliative care organisations have argued that this language (such as assisted dying) should not be used, given that palliative care “provides support or *assistance* in dying to help people living as fully as possible until their natural death, but does not intentionally hasten death.”

Euthanasia proponents at best do not understand, or worst deliberately obfuscate, the incredibly specialised and life-affirming work done by palliative care medical professionals. Instead, the authors argue, they are “co-opting the vocabulary and tools of palliative care to create a new discipline of “end of life medicine” with a radically different philosophy, intention and approach that embraces hastened death as the ‘most beautiful death.’”

It is worth quoting at length the philosophy and approach of palliative care specialists when it comes to care for patients at the end of life:

“When someone expresses a desire to die or a desire for hastened death (for example, ‘I just want this to be over’), there can now be a knee-jerk reaction to consult the euthanasia team as a first response and neglect what palliative care has to offer. Until now, the standard of care has been to engage the patient in serious dialogue, to try to understand the nature of their suffering and grief expression more fully, and to determine what supports might be helpful. In palliative care, it is universally accepted that expressing a desire to die and talking about hastened death are most often normal expressions of grief, loss and coming to terms with one’s mortality in the face of a life-threatening condition. Such expressions of distress need to be explored and supported with skilled palliative care interventions to better understand the nature of the suffering and how to address this, and/or to accompany the person in their suffering.”

There couldn’t be a more stark distinction in the philosophy and approach of the two!

Protection of conscience for physicians

The article also looks at the way that the conscience rights of physicians have been eroded in Canada when it comes to euthanasia:

“…euthanasia proponents are now suggesting that doctors must introduce euthanasia as an option to all potentially eligible patients as a so-called “duty to inform.” However, in no other clinical situations are physicians required to discuss all potential options and procedures if they determine that those options are not medically indicated.”

Are we experiencing the dumbing down of medicine, such that its philosophy and practice is no longer guided by science or medical best practice but rather by the whims of public opinion, or lobby groups with the most money?

Despite the alarming state of play in Canada at this time, the authors conclude on a very positive note as they implore physicians to re-affirm their commitment to the life-affirming and whole person-centred approach of palliative care:

“These formidable challenges faced by physicians and patients in our difficult Canadian experience should not lead to discouragement but should instead inspire a reaffirmation of the commitment to traditional, whole-person medicine. Patients, loved ones, clinicians, and even society, in general, are all deeply enriched when palliative teams use our expertise to show compassion through excellent clinical care in an on-going, committed relationship with each patient, no matter how difficult the circumstances or how complicated the issues.”