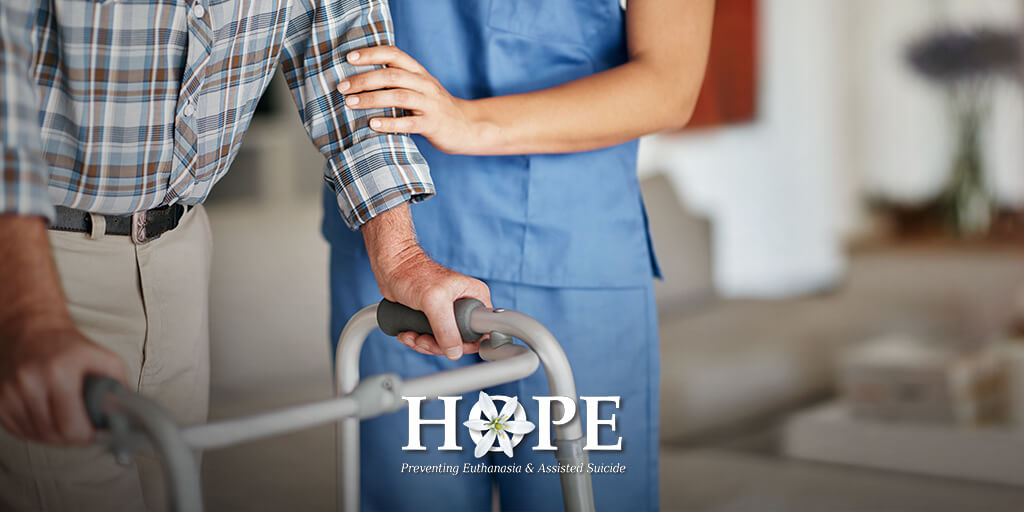 Jonathan Marchand has had a form of muscular dystrophy since he was 15. He is now in his 40s and on a ventilator.

Lisa D’Amico was born with cerebral palsy and has lived with it for more than half a century.

These two courageous Canadians are asking whoever gets elected on October 21 to appeal a recent landmark Quebec Superior Court ruling that broadens the scope in which medically assisted death is allowed.

Instead, they want resources into deinstitutionalizing people with disabilities so they can be contributing, independent members of society.

Marchand and D’Amico don’t want to die, but both of them say the lack of government support leaves people in situations like theirs with no real choices.

Marchand has spent the last seven years living in a government institution.

“Several doctors have offered me euthanasia – what they call ‘comfort care’ – to end my life. There is no support for people like myself to live outside hospitals in Quebec,” said Marchand, adding that he never asked to die.

“The choice I have to make is between death or living the rest of my life in a long-term care facility. I’m sorry, but that’s not a real choice.”

D’Amico lives in poverty, getting just $12,000 a year from a government social program. On most days, it is not enough to cover more than a single meal.

Restrictions around qualifying for government assistance prevent her from part-time work and accepting significant monetary donations and gifts – both of which would enhance her quality of life and help pay for physiotherapy.

D’Amico said she is hopeless, that her life is not going anywhere, and the lack of care makes her feel worthless.

“If I ever require euthanasia, it’s not my disability that’s killing me, it’s my own government,” she says.

Marchand and D’Amico believe some people with disability are experiencing so much distress that euthanasia is a welcome option.  And sadly, the numbers back up their belief.

Dr. Paul Saba, with the Coalition of Physicians for Social Justice, said there were close to 7,000 medically assisted deaths in Canada, 2016-18.

He noted that many people living with a disability often live in poverty and need more social support.

“We’ve emphasized more and more … assisted dying and we really need to talk about assisted living, doing everything to care for people who are in situations of disabilities,” Saba said.

“I think it’s a cheap solution for the government who doesn’t want to invest in healthcare. They’ve sold it and people have bought into it.”

Marchand is the president of Coop ASSIST, an organization that provides support to help people with disabilities live independently through a self-directed personal assistance program.

He says the government would save millions of dollars deinstitutionalizing people with disabilities instead of housing 70% of them in various institutions and semi-institutions.

Coop ASSIST is asking the Quebec government to try a self-directed personal assistance program that would allow people with disabilities to decide their own care and needs.

“I will never apologize for my own existence. My life is worth living,” he says.