Case for assisted suicide 'not made' says senior Victorian MP

Case not made and legislation 'unworkable' says Labor MP 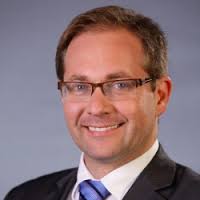 Victorian Parliamentary Secretary for Treasury and Finance, Daniel Mulino (pictured), has hit back at suggestions that assisted suicide and euthanasia can ever be made safe in an article in The Australian today.

The article suggests that Mulino is in the minority in his own party in opposing euthanasia and assisted suicide.

Mr Mulino was a member of the eight-person committee that looked into 'end-of-life choices' and reported to the parliament in June last year recommending, among other things that the parliament move to create assisted suicide legislation. Mulino and longstanding Liberal Party MP, Inga Peulich tabled dissenting reports.

The committee report consisting of 343 pages does not make the case for assisted suicide or euthasia as Mulino points out; it simply regurgitates what has happened before by referring to a convenient cohort of other pro-assisted suicide reports and finding themselves in agreement. Nothing in the report grapples in any way with objections.

One would have thought that some reference would have been given to those who were interviewed who put the case against changing the law; even if only for the sake of rebuttal. That no mention is made of the interviews conducted in Oregon and in Belgium with some known and expert opponents also suggests that the report itself was substantially written before the MPs travelled. The failure to format the dissenting reports or even number and index them properly supports this suggestion and beggars belief.

"I believe that published evidence in relation to the Northern Territory and international jurisdictions where euthanasia and physician-assisted dying are legal shows that safeguards do not work in practice," Mr Mulino told The Australian.

"Systemic compliance failures include low reporting rates, documented cases of failure to comply with expert sign-off requirements and practical difficulties in appropriately dealing with issues such as depression and other mental conditions that relate to consent."

Mr Mulino said international studies had shown terminal patients had been forced to make decisions on their life "while under pressure". "In addition â€¦ there are problems associated with scope creep, where eligibility for euthanasia tends to increase over time, sometimes in a non-transparent manner."

I urge readers to take the time to look at Mulino's dissenting report. His 50 page assessment is fully referenced (available HERE - read from page 387 onwards). With a Doctorate in Economics from Yale University, Mulino is no slouch. Nor does he overstate the case. Throughout his work he simply argues that the evidence he presents deserves consideration. Nowhere does he accuse his colleagues of getting it wrong, he simply lets the evidence speak in an organised and logical fashion.

All that those who supported the majority report effectively did is to say that they think that there are no safety issues and that Victoria should, therefore, go ahead and get on with legislating. Worse that that, they played a cynical game with the people of Victoria by framing the question as though there were no other genuine alternative. They argued that the status quo was a 'head-in-the-sand' approach, that prosecuting assisting in suicide more firmly and tightening down on opportunities doctors may have for 'nudge-nudge, wink-wink' euthanasia was not supported by the evidence, leaving the only real alternative as the consideration of an assisted suicide framework.

A little like the 'pick-a-number-between-one-and-ten' game played with small children, the committee really didn't give Victorians much of a choice at all nor any possible alternatives.

According to The Australian, Mulino also said that assisted suicide laws will be 'unworkable'. Premier Andrews has announced a 'taskforce' who will be asked to create model legislation that would include 'many safeguards that would gain community support'. But, what if Mulino is right? What if, in their deliberations, the taskforce finds themselves in agreement with the myriad of reports and court judgements that were ignored by this committee? For example:

'The safeguards built into any liberalised system would, furthermore, be vulnerable to laxity and complacency and might well prove difficult or even impossible to police adequately'. High Court of Ireland, Fleming v Ors 2013.

Mulino is right: there are system failures at every turn that create opportunity for abuse both of the law and of citizens in reporting schemes that will always provide cover and inevitably test the boundaries.

"...to create an exception to the general prohibition of intentional killing would inevitably open the way to its further erosion whether by design, by inadvertence, or by the human tendency to test the limits of any regulation." House of Lords Select Committee 1998.

And so, if Mulino is right, Premier Andrews has put his taskforce in a very difficult position: they cannot comply with the briefing; they cannot achieve their goal and any claim to have done so will be a dangerous fudge putting Victorians at significant risk.