Close the Gap, not euthanasia, should be priority: Senator 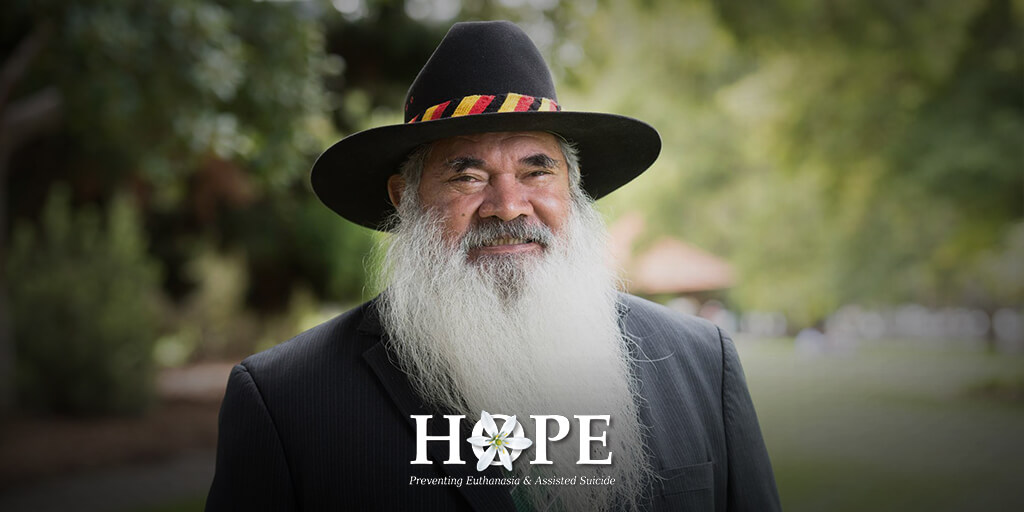 “First Australians live shorter lives. Their babies are likelier to die of preventable diseases. They watch their friends, cousins and siblings prematurely end their own lives. They have had their hearts broken too often when there is a “death in custody” because of misjudgement, prejudice or ignorance as their culture faces power and authority. One simply cannot bear witness to this reality — where First Nations are overrepresented at every stage of our health and criminal justice systems — and put forward another avenue to death.”

These powerful words were written by Senator Pat Dodson from Western Australia as the WA Legislative Council prepares to debate its euthanasia bill.

In an opinion piece for The Australian newspaper, Senator Dodson expressed his “serious concerns” about the bill.  He said that the more than 100,000 First Nations people who live in Western Australia “have a right to be fully informed and heard” on a matter that will so deeply affect them.  Despite this, the Senator noted that consultations about the Bill with First Nations had not been conducted well.

Citing the UN Declaration on the Rights of Indigenous Peoples, and specifically article 24.2 that affirms the equal right of Indigenous individuals “to the enjoyment of the highest attainable standard of physical and mental health,” Senator Dodson said that “Australia has totally failed in its duty of care to respect this fundamental right.”

“Repeated Closing the Gap speeches tabled to parliament and traumatic coronial inquires with numbing regularity remind us that at every stage of life, First Nations people do not enjoy a quality of life afforded by the most basic instruments of human rights. This indictment should not simply exist abstractly in keynote speeches or academic literature. It should offend us daily, and it must inform any conversation or deliberation about an individual choice to end life in Western Australia.”

Senator Dodson also raised concerns that the bill allows doctors and other medical professionals to initiate a discussion about euthanasia with their patients, a provision the Senator notes, was “specifically opposed by the Aboriginal Health Council of Western Australia.”

The Senator’s concerns about the disproportionate effect of the proposed euthanasia laws on Indigenous Australians are consistent with other problems highlighted in recent times.  With 40 per cent of Western Australia’s Indigenous population living in a remote or very remote locations, the provision of palliative care in these areas can be woefully inadequate.  As reported last week, the Pilbara region receives just a single visit from a palliative care specialist each year.  The Carnarvon region receives two visits.  Northam, Narrogin, Merredin and Moora receive three.  Yet the priority of parliament seems to be euthanasia, rather than addressing the lack of care.

It’s not just the parliamentarians whose priorities are skewed.  Because of the lack of specialist medical care available in remote Indigenous communities, Dying With Dignity WA lobbied the Joint Select Committee into End of Life Choices to recommend that doctors with specialist qualifications were not required to authorise euthanasia or assisted suicide.  Their lobbying efforts were successful, with the Bill not requiring that a medical professional has any specialist qualifications relevant to the patient’s illness before prescribing or administering lethal drugs.

No wonder the Senator has felt compelled to speak out!