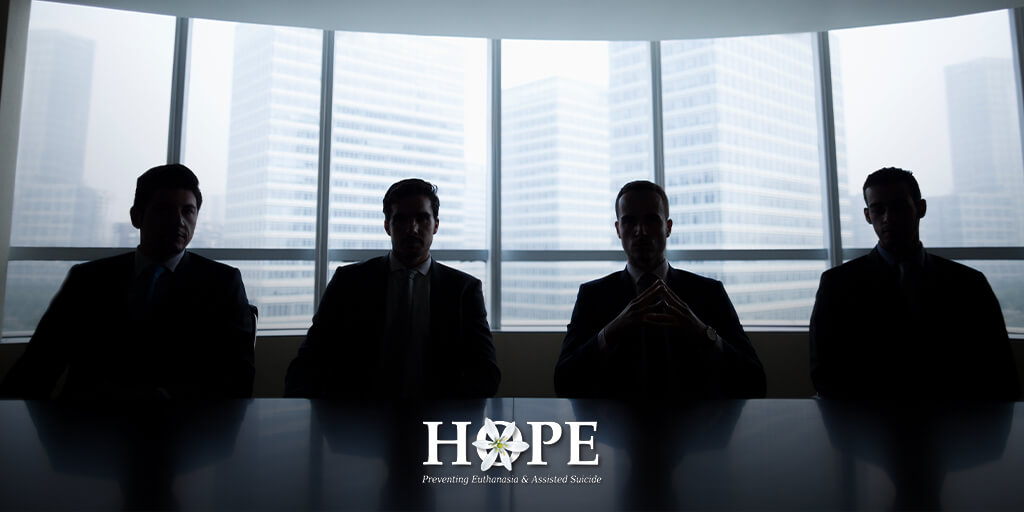 Can a government or health regulator use financial penalties to force a hospice or a hospital to provide euthanasia against its wishes?

The first happened over in the district of British Columbia, Canada.

We reported on the situation of Delta Hospice a few weeks ago.  This small, ten-bed palliative care facility is not interested in offering euthanasia to its patients, believing that providing patients with lethal injections is not compatible with good end-of-life care.  It also pointed out that Delta Hospital, situated right next door, offered euthanasia.

The hospice was threatened with “consequences” if it failed to do so, and earlier this month was told that its $1.5 million government funding would be removed for its failure to comply with the pro-death order.

This past week, in a last ditch effort to preserve its ethos, the facility – which is not faith-based – tried to recharacterise itself as a Christian hospice in order to obtain the protections offered for religious freedom, but the bid failed, and so the hospice will lose its funding.

The President of Delta Hospice, Angelina Ireland, has previously pointed out the economic and ideological basis for the government’s push:

“The Ministry is now admitting that the issue of MAiD vs palliative care is an agenda-driven policy rather than one that has compassion and care for those in palliative situations and their families,” she said. “And it’s fiscal. It is easier and cheaper for the government to provide euthanasia at $500 per procedure rather than continue with palliative care at $1,300 per day. Basically, they are saying that no palliative care facility in BC has a right to exist unless it also provides euthanasia.”

Much closer to home, Hospice New Zealand sought an urgent hearing in the New Zealand High Court to ask whether the country’s proposed euthanasia laws would have the effect of overriding conscience for institutions, given that an amendment to allow institutions to “conscientiously object” to euthanasia provision was rejected by the NZ parliament.

The court wasn’t able to offer a definitive ruling, given that the questions asked are purely hypothetical at this stage, but opined that a hospice could not be forced to provide euthanasia or assisted suicide because the hospice gets to decide which services it provides.

However, the court could not say that there was anything preventing a government authority from using health care funding to exert pressure on hospices to comply.

With around half of the $155 million needed annually to fund hospice services in the country, this amounts to a very big stick that could be used to coerce a hospice into complying or dying.

It is a brave new world when governments can withdraw health care funding from hospices that want to provide health care, and only health care, to their patients.

So much for choice!