Deadly mix of telehealth and euthanasia 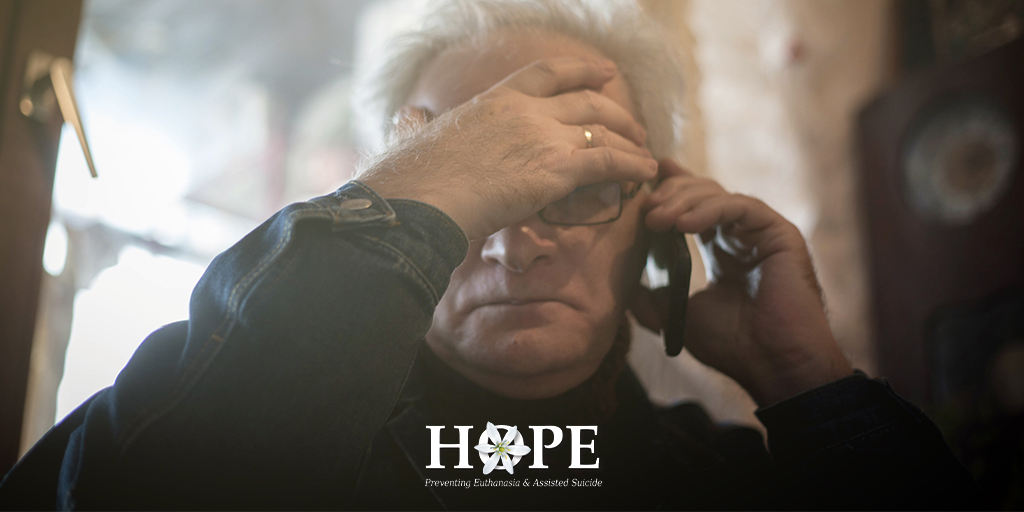 In Australia, as predicted, the campaign to call for the removal of ‘safeguards’ began almost immediately following the legalisation of euthanasia in Victoria last year.

One such safeguard is the prohibition of euthanasia and assisted suicide by telehealth contained in the Commonwealth Criminal Code. This prohibition recognises the inherent risks in counselling a person to suicide over the phone or via the internet. In Australia, Commonwealth laws prevail over inconsistent State laws, and thus in Victoria and Western Australia, any assessments and approvals for euthanasia and assisted suicide must be done in person.

In the United States and in Canada however, no such prohibitions exist and news reports have revealed that assisted suicide providers have been using telehealth in order to continue to provide their services whilst covid-19 restrictions, including on face-to-face consultations, have been in place.

However, a new article from Kristen Hanson has highlighted the inherent dangers of assisted suicide by telehealth.

Kristen Hanson’s own husband J.J. Hanson died following a battle with terminal brain cancer. After his death, Kristen reflected on the fact that had assisted suicide laws been in place when her husband was undergoing his illness and treatment, he might have chosen to end his life early and their family would have missed out on three and a half extra years with him. Her husband confessed to her that in the moments when he was at his lowest following his diagnosis and prognosis, the temptation to request assisted suicide was very strong.

“If we had relied on the initial prognosis, given in to the depression and given up on hope, we would have missed out on so very much. Our oldest son, James, would never have gotten to know his father; our youngest son, Lucas, would never have been born.

In this latest article, Ms Hanson highlights four areas in particular where assisted suicide by telehealth further endangers patients, over and above the inherent dangers in assisted suicide when provided in person by a medical practitioner:

1. Abusive caregivers and greedy heirs. The removal of the need to consult with a doctor in person puts a terminally ill patient at much greater risk of being coerced by a child or grandchild experiencing “inheritance impatience” or even an abusive caregiver:

“Without doctors knowing the patients’ caregivers or family, there is greater risk from greedy heirs or abusive caregivers. Vulnerable patients are in grave danger when abusers can shop on their behalf for telehealth doctors known to bend the rules when it comes to assisted suicide.”

2. Assisted suicide laws generally require that only a person with 6 months or less to live as a result of their terminal illness is eligible to make a request:

“Properly diagnosing a patient as terminal is difficult enough in person, but even more so virtually. In fact, any patient’s life expectancy is a doctor’s educated guess.”

3. The difficulty of diagnosing depression or competence or other factors that could be impairing judgment in a single consultation is difficult for doctors and psychiatrists, even when they see a patient face to face. How much more risky and fraught is such an exercise when the patient is on Zoom?

4. The use of telehealth for assisted suicide makes the practice of ‘doctor shopping’ much easier to do. Doctor shopping occurs where a patient or caregiver is not interested in professional medical advice but obtaining a predetermined prognosis or prescription. “The goal with doctor shopping in the context of assisted suicide is to achieve death regardless of the circumstances that would legally prevent it.”

“With telemedicine, finding an unscrupulous doctor who will prescribe lethal drugs no longer depends on geography. A virtual visit suffices. Nothing prevents clinically depressed or suicidal patients from doctor shopping until they find someone willing to prescribe them death rather than the mental health care and suicide prevention they need.”

“Assisted suicide always endangers vulnerable patients and has no place in our society. Allowing telemedicine to play any role in the prescription of lethal drugs, though, will further breakdown the few ‘safeguards’ that exist to protect patients.”