Death for all in Canada 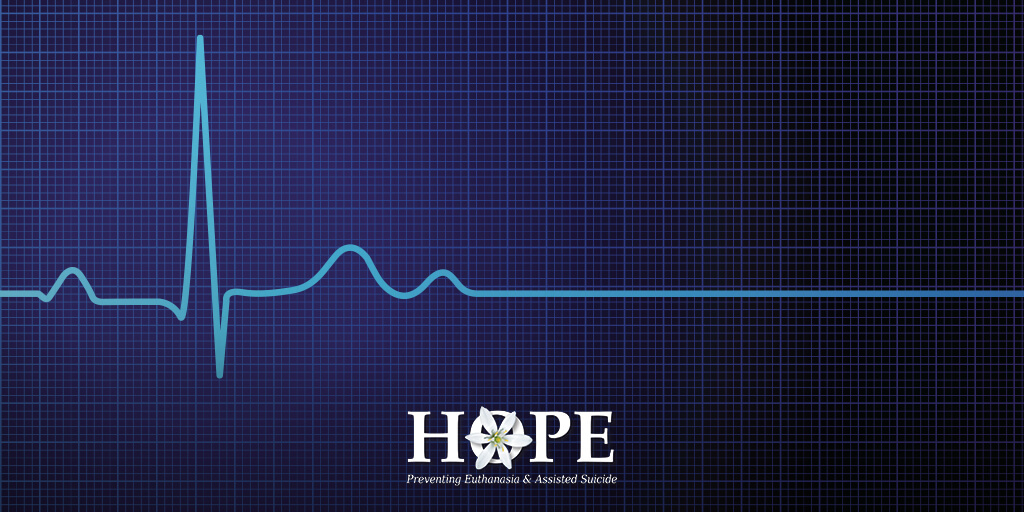 Once again the first euthanasia law has proved to be nothing more than a stepping stone to a far more liberal euthanasia regime.

Get the people accustomed to the idea, get it across the line…  Then loosen the restrictions, gradually widen the scope – after they’ve stopped paying attention.

This week, to the delight of Canadian euthanasia supporters, Superior Court Justice Christine Baudouin struck down a provision in their federal legislation which requires patients’ natural deaths to be “reasonably foreseeable".

The judge concluded the requirement was an unconstitutional barrier forcing people with incurable conditions to bear it unto death.

“The court has no hesitation in concluding that the requirement that their death has to be reasonably foreseeable is violating the rights to liberty and security of [the plaintiffs.]”

“The prospect of rules like this being removed…  Comes as a relief to us,” said Cory Ruf, a spokesman for Dying with Dignity Canada, who said the move would prevent people from taking drastic action after failing to qualify because their natural deaths were not imminent.

Dr Michel Racicot of the Collective of Physicians against Euthanasia disagreed.

If we remove this criterion (to be terminally ill), we do not transform medical aid in dying into help for the dying person; rather, it becomes almost death on demand for people who are suffering, but who may still have to a long life ahead of them.

Amy Hasbrouck, director of Toujours Vivant-Not Dead Yet, a project of the Council of Canadians with Disabilities, echoed the doctor’s sentiments.

“People with disabilities have been told, with this decision, that simply having a disability is reason enough for us to want to die."

We're going to have two kinds of suicides: good suicides, which are going to be medical aid in dying for people who are not at the end of life -- because it's a form of suicide, no doubt about it -- and bad suicides, the ones we are trying to prevent.

The practice of euthanasia has only been legal in Canada since 2015, and, as Quebec’s Social Services Minister Danielle McCann admits: “Every step of the way for this issue has seen big evolutions.”

Regrettably, this development in Canada follows the well-trodden path taken by other jurisdictions which legalise euthanasia and assisted suicide. Strict safeguards are initially included in legislation in order to facilitate their passage through parliament. However, as we see time and time again, it is only a matter of time before those restrictions are challenged, modified or removed entirely. Strict safeguards are only ever a “foot in the door” on the path to death on demand for all.