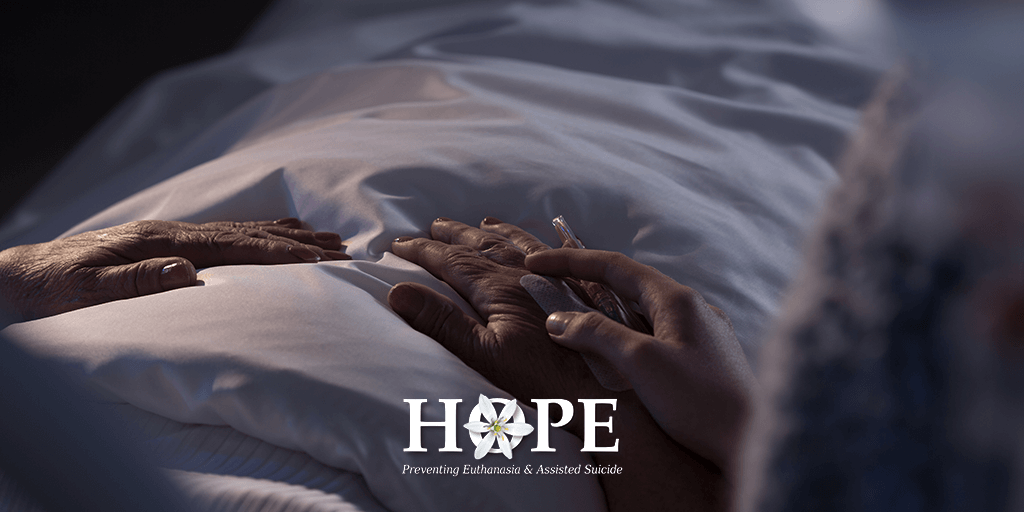 Unlike many who have supported a loved one during their dying days, the experience has caused Harvey to view euthanasia unfavourably.

She says it was Hal’s courage and determination to fight for life for three years — and the wonderful work of palliative care — that has made her question the proposed new euthanasia laws in WA.

“Hal was devastated (when he was diagnosed),” she said.

“I remember saying to him, ‘If you are going to lie down on the bed and wait to die you are going to be lying in bed by yourself because I have to, hand on heart, be able to tell your children that you fought to stay with us’.

“I said, ‘I need you to do that’. He decided he was going to fight.

“He fought for three years and four months. His fight to live was extraordinary.

“Hal was trying experimental treatments right up until the week he passed away.”

Harvey said Liberals would have a conscience vote when the legislation was voted on. But at this stage, she’s inclined to vote no.

Because she saw firsthand how palliative care allowed Hal to die with dignity, Harvey believes everything ought to be done to make sure every West Australian has access to palliative care before a discussion can occur around introducing euthanasia laws to the state.

“Until we get palliative care right and say hand on heart that every person who has a terminal diagnosis or a chronic long-term illness has access to palliative care, then I think with voluntary euthanasia legislation we are putting the cart before the horse,” she said.

“Quite frankly, if I knew I had to fight pancreatic cancer, for example, without having the health and palliative care options that were available to Hal, I might prefer voluntary euthanasia because I know the road is going to be rocky and too difficult.”

Harvey also expressed concern that new euthanasia laws would be abused. Whilst journeying with her husband through his illness, Harvey became close to the palliative care nurses:

“…the words of one of those nurses haunts me. She said, ‘My concern is that in the whole time I have been nursing in palliative care I have had less than a handful of patients who have begged for an end’.

“And she said, ‘Every day of the week I get at least one relative of one of my patients saying why don’t you finish this now’.

“She said, ‘I am not hearing it from my patients, I am hearing it from family’. She believed that the pressure would come from the family to the patient to say, ‘You can end this now (if legislation was passed)’.

Harvey and her children loved and supported Hal every step of the way right up until he passed away.  She says that while “Hal’s illness and his passing were obviously difficult times” it taught her resilience and strength.

Given that the WA Committee into End of Life Choices found that WA has the lowest number of publicly funded palliative care beds per capita in the country, and that access to palliative care is further limited in rural areas and “almost non-existent in remote regions”, the absolute and most urgent priority of the WA government must be to rectify this situation before any consideration can be given to legalizing assisted suicide. Otherwise, the government risks creating a situation where terminally ill patients in Western Australia resort to assisted suicide, not because they have made a voluntary informed choice, but rather because they have been denied access to palliative care. In the end, that would be no choice at all.