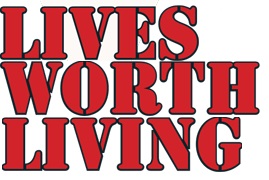 Lives Worth Living and Not Dead Yet Australia have joined together to let the South Australian Parliament know that they strongly oppose the Voluntary Euthanasia Bill 2016 in its current and its proposed (amended) form.

Writing to the parliament this week, Lives Worth Living made some keen observations:

â€¢ We note that there have been significant amendments to the Bill which attempt to remove some issues but there are still considerable areas of concern to us.

â€¢ This is now to some extent a new Bill and this warrants consultation. Lack of consultation with the disability community on euthanasia is an ongoing concern.

â€¢ The Bill does not name the disabilities or conditions covered or exclude any disabilities, illnesses or chronic conditions instead focussing on how the condition is experienced and perceived.

â€¢ The attempt to excise disability in section 10 is welcome but is actually ineffectual and this is apparent in the way it is framed i.e, "a person is not an eligible person merely because the person is â€¦ suffering from a disability (however described)

â€¢ All people with disability have medical conditions that cause a disability, meaning that disability is in scope at the outset. The disability arising from a condition is caused by a lack of access to rights, access, treatments and disability. The Bill misunderstands this on a basic level.

â€¢ We would prefer that the South Australian Parliament addressed secondary comorbidity, barriers and lack of supports experienced by people with a disability rather than provide a mechanism for suicide because of them. Instead of safeguards, we need to be talking about preconditions. Like the precondition that half of us no longer live in poverty, have good access to medical treatment and palliative care, that we have the care and support to live a good life.

And suicide prevention rather than enabling:

â€¢ LWL is concerned that the Bill creates a double standard in the treatment and interventions around ending one's life based on disability. Euthanasia is assisted suicide and as we read it the Bill it fails to mandate suicide prevention and other counselling which may identify other issues in people's lives which weigh in their decisions. Where counselling is addressed it is an option for the primary practitioner, not mandated. For any other group in the community - young people, LGBTIQ people, indigenous people - we do everything we can to avert suicide. Where are the suicide interventions for people with disability?

The letter goes on to outline some of the difficulties people with a disability encounter when engaging with the medical profession. Difficulties that create or exacerbate concerns about legalised euthanasia and assisted suicide.

We are not satisfied with decision making and safeguards by medical practitioner around euthanasia as outlined in Section 11.

o Many people with long term disabilities have endured a string of negative interactions with medical practitioners who underestimate the life chances, value and worth of people with disability;
o This occurs for a reason. Disability advocates operate from a social model of disability which assumes that barriers in the community should be addressed, whereas the medical model assumes we are the problem.
o Medical interventions are different from disability supports and in some cases people require advocacy against medical interventions or decisions. Doctors with the best of intentions are often unaware of disability supports, interventions and advocacy that make a person's life liveable rather than just trying to cure a person's underlying disease; and crucially
o The Bill does not even mention disability supports or advocacy.

LWL closes by calling on the parliament to reject the bill:

LWL believes that the Bill as it stands raises serious risks for people with disability and we hope it is defeated in the Parliament of South Australia. We are also releasing this letter publicly to contribute to community debate.

The release of the LWL letter is timely, given that disability activists from across Australia will be fronting the media and providing a briefing for parliamentarians this week ahead of the debate on the 20th of October.

The event was bolstered by a video presentation from UK actress, disability activist, comedian and braodcaster, Liz Carr directed at all members of parliaments in Australia.

Liz puts the disability argument clearly in her 8 minute video which has also been released to the Australian media (see video on this page).

You can read the Lives Worth Living letter in full HERE.