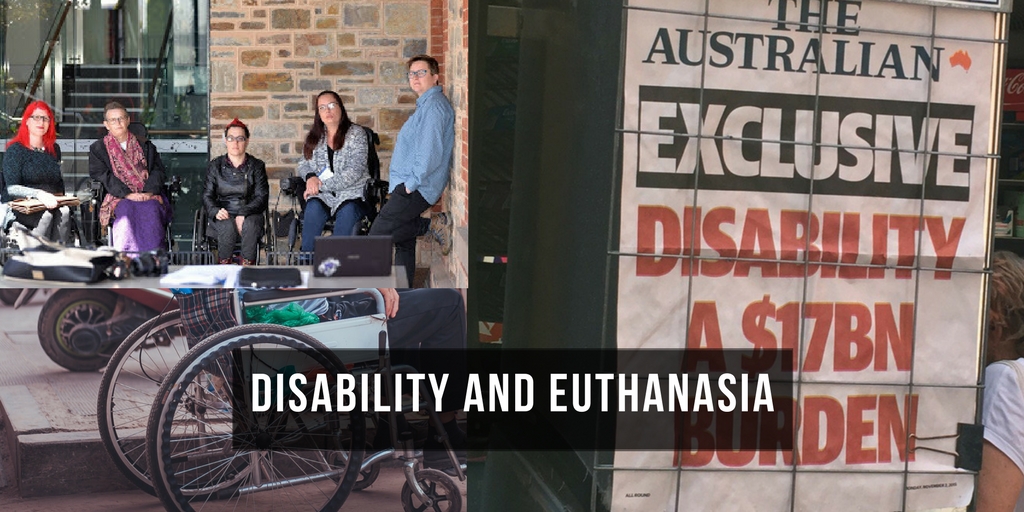 People with disabilities and their families need to take action on a new front.

It’s probably quite difficult to understand the viewpoint of a person living with a disability.  I once thought it almost impossible.  But that all changed when I met my wife-to-be.  Anne’s older brother lived all his life with a significant intellectual disability.

My introduction to my future brother-in-law was handled extremely gently.  I guess having grown up with Mark, Anne understood that people were often visibly uncomfortable in his presence and expected me to be no different.  She was right.

I had always thought (and perhaps we all do) that I’d always take people as I find them.  Yet my first encounters with Mark and then with the community he lived with at the Strathmont Centre were certainly a little uneasy.  This passed with time and I began to understand that my unease was precisely that — an unease within myself that had virtually nothing to do with Mark or his companions and everything to do with me.

As our children came along, their development and view of the world was coloured beautifully by the presence of an uncle that they loved, accepted and understood.  Theirs was a perfectly natural relationship taking life as they found it in all its variety and wonderment.  Then Joseph was born.

Joseph is coming up to his tenth birthday now.  He has Down Syndrome.  I wish everyone had the opportunity to meet someone like Joseph; someone like Mark.  In all the struggles that we’ve shared and the trials we’ve endured there’s nothing that can even come close to diminishing the joy that they have brought to our lives nor the way that each of them has made all of us into better persons along the journey.

Through Joseph in particular, our family has come to know and cherish relationships with other families with Down Syndrome children as well as the support networks, professionals and advocates who work so hard to ensure that our children get the best opportunities for development and growth.

Mark passed away unexpectedly a few years ago now.  It’s a cliche I suppose to say that his funeral was both a sad time and a celebration of a beautiful life, but that’s exactly what it was.  Mark’s disability meant that he never really achieved anything by the standards that we might judge such things.  He did not amass a fortune; he didn’t help find a cure for cancer; he never experienced the rewards of success nor the adulation of a crowd; he never married or had children.  No, but he did have a profound affect on people: changing hearts and enriching lives in ways that others simply could not do.

Joseph keeps on growing; as does his impish sense of humour.  He’s really cute and, I think, quite handsome (Dad’s always say that!).  But what happens when he’s an adult and no longer cute?  We do worry sometimes.

Adding to that worry, and this is the point of this story, is the fear that the lives of people like Joseph and Mark will be made all the more difficult — not so much by ignorance and prejudice per se — but by a society that grows cold to their human needs and their right to a full life.

We probably don’t think too often about disability activism and the struggle for acceptance and for increased services — unless we’re the ones that stand to see a benefit for ourselves or our loved ones.  Reflecting on both Mark and Joseph I find myself on occasions thinking of the debt of gratitude we owe to people like Jerome LeJeune, Jean Vanier and John Langdon Down; to service providers such as the Down Syndrome Society, Foundation 21 etc. and all those who push for disability rights.

The push for disability rights is necessary, but I guess we all wish that it were not so.  If there were always enough services, if people living with disability were always treated well, perhaps activism wouldn’t be necessary — but it is.  Sadly, however, in the pursuit of equal treatment and acceptance, some have fallen into the trap of arguing that the disabled should have equal access to a so-called ‘right to die’.

How can there be a claim to an equal right to euthanasia or assisted suicide when there is still such a great need for equal rights in so many other facets of life with a disability?  Can we yet say that people and the disability that they live with are always treated fairly and appropriately; that their experiences, their medical, social and psychological needs are always understood and met?  No, we can’t.

In his occasional hospitalisations, Mark’s sisters were quick to contact hospital staff knowing full well that they needed to understand something of Mark’s disability and behaviour in order to treat and care for him.  There were no shortcomings in the system here; it’s just that they simply could not have an understanding of Mark’s needs and behaviour — how could they?

This is a fear that many people living with a disability and their families express over the idea of euthanasia.  It’s not that they think that the advent of euthanasia will suddenly unleash modern day Joseph Mengeles.  Rather, they fear that misunderstandings and false compassion could result in them being considered ‘better off dead’; devalued and perhaps even killed.

They also fear being treated as second class citizens in respect to their medical care.  In 2008 Barbara Wagner, a citizen of Oregon (where assisted suicide is legal) was refused the prescribed treatment for her cancer on financial grounds by the State Health authority who, perversely, offered to pay for her suicide treatment instead! (what is cancer if not a disability?)

But a modern, compassionate country like Australia wouldn’t do that, right?  Think again.  The Netherlands began their relationship with euthanasia just as we’re planning to do: for those in the end stages of a terminal illness; with safeguards and consent.  Consents and safeguards were soon ignored.  A protocol now exists there whereby disabled newborn infants are being killed because of ‘low quality of life’ considerations.  How quickly they’ve moved from one end of the spectrum of life to the other!

In January 2010, the US Disability and Health Journal devoted a whole edition to looking at the issue of disability and assisted suicide.  Activists such as Diane Coleman as well as respected research and disability professionals commented very much along the lines I’ve described above.

Those advocating euthanasia and assisted suicide will attempt to soften the starkness, ugliness and moral bankruptcy of their program using words such as ‘dignity’, ‘compassion’, ‘rights’ and ‘quality of life’.  Such usage is, at the very best, misleading.  How can any of these considerations be genuinely attended to by deliberate killing?  No dead person benefits from any of these ideals.

Joseph may well never understand these concerns and Mark certainly never could have.  We understand them.  It concerns me greatly that, if we institutionalize euthanasia, by the time Joseph is in his adult years and Anne and I are no longer in this world, that he and others like Mark will live in a world where all the amazing progress that has been made in disability rights, in care and understanding of disability issues, will have been irreparably damaged.  A world where they will be at risk.