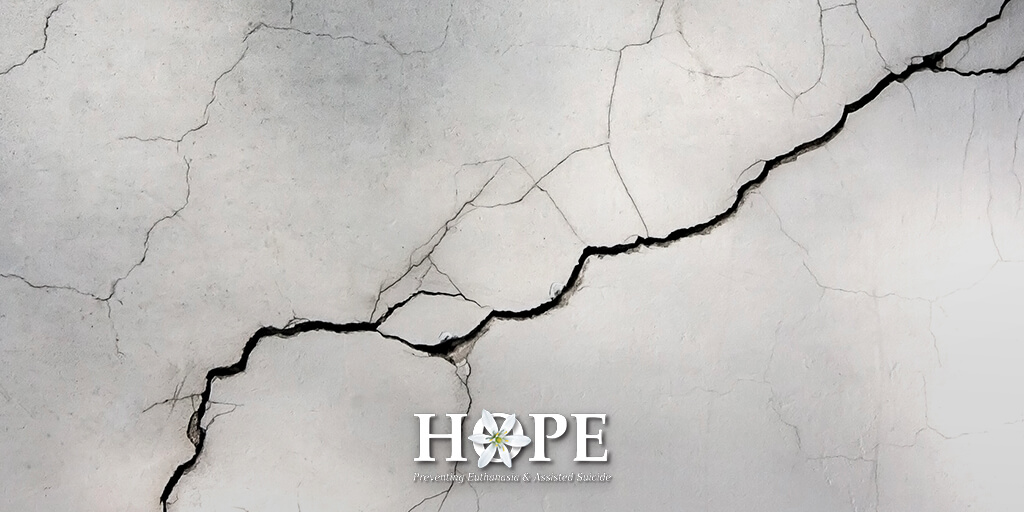 An increase in assisted suicide deaths

In the ten years since the law has passed, the number of assisted suicides has increased by 300 per cent.  It is a similar trend to what we have seen in other jurisdictions where assisted suicide has been legalised.  What begins as promised “limited use” expands to become a much more common cause of death.

Inadequate pain control or concern about it does not motivate requests

Assisted suicide advocates often claim that these laws are needed to avoid pain that cannot be relieved, but consistently, pain is not a motivating concern for patients.

Financial considerations play into the decision

Almost one in ten patients cite the financial implications of treatment as a reason for requesting assisted suicide.  If governments were committed to providing genuine end-of-life choices, then we would not be seeing a significant number of patients asking for lethal drugs because they cannot afford treatment.

Almost no psychological treatment is provided

According to the data, only 4 per cent of patients were referred for psychological or psychiatric evaluation before being given lethal drugs.  Despite the significant psychological impact of being diagnosed with a terminal illness, and the evidence which shows the positive impact that treatment for depression can have on a patient’s acceptance of treatment options, it is alarming that only a tiny percentage of patients are referred for psychological or psychiatric assessment.

In 2018, in 50 per cent of deaths, the doctor who prescribed the lethal drugs had known the patient for less than six months.  The majority of cases, it seems, do not involve a long-term relationship between the doctor and patient.

Even more alarming, in some cases (the number of which was not reported), the length of the doctor-patient relationship was less than one week.  Less than one week.  This is evidence that there are doctors available who are willing to sign off on lethal drugs without having any meaningful relationship of care with the patient involved.

The latest data from Washington State is a reminder that assisted suicide laws follow a similar theme… expansion of use, lack of psychological and even medical care, and a true lack of end-of-life “choices.”