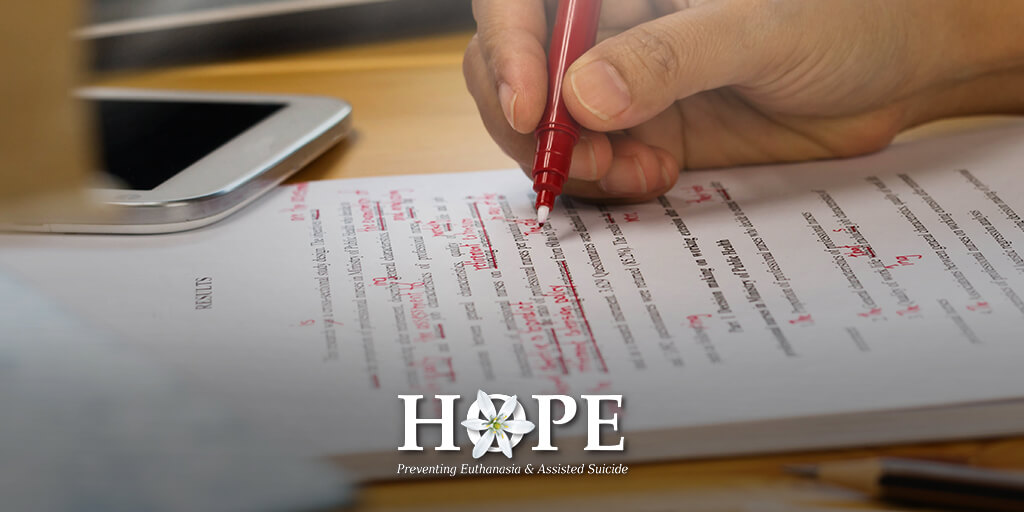 More than 770 medical professionals involved in end of life care or the treatment of those with significant illness have written to members of the West Australian Legislative Council to challenge “misinformation” used by euthanasia advocates in the push for passing the laws in the state.

The doctors challenged a Victorian coronial report that suggested 118 cancer patients had taken their own lives because of their physical illness, saying:

The legalisation of euthanasia or assisted suicide, they said, would not prevent similar cases of suicide from occurring in the future, but well-resourced, readily available palliative care might have saved lives.

“One important implication, however, is the lack of access to high-quality specialist palliative care and other supports may have resulted in many of these cancer patients being driven to suicide, but there is no evidence to suggest lack of access to VAD drove this group as a whole to suicide,” they wrote.

The dire state of palliative care in Western Australia has become a recurring theme in this euthanasia debate.

The government-commissioned report into End of Life Choices found that WA has the lowest number of publicly-funded palliative care beds per capita in the country, and that palliative care services were limited in rural areas, almost non-existent in remote regions, and instead clustered in “areas of high socioeconomic advantage.”

“Western Australia has the lowest proportion of specialist palliative care doctors of any state in Australia. We have 15 full-time equivalents for the state, less than one third the number required to meet national benchmarks… WA needs at least another $100 million per year spent on palliative care for staffing and education, in addition to funding for infrastructure such as palliative care wards and beds,” they wrote.

Instead of responding to this funding need of $100m per year, the government cynically committed $41 million over a period of four years to improve services; just 10 per cent of what palliative care experts said was needed to provide real care (and potentially, prevent suicides like the ones mentioned in the coronial report.)

The medical professionals are right: you don’t prevent suicides with suicide; you prevent it with good quality care available to all.