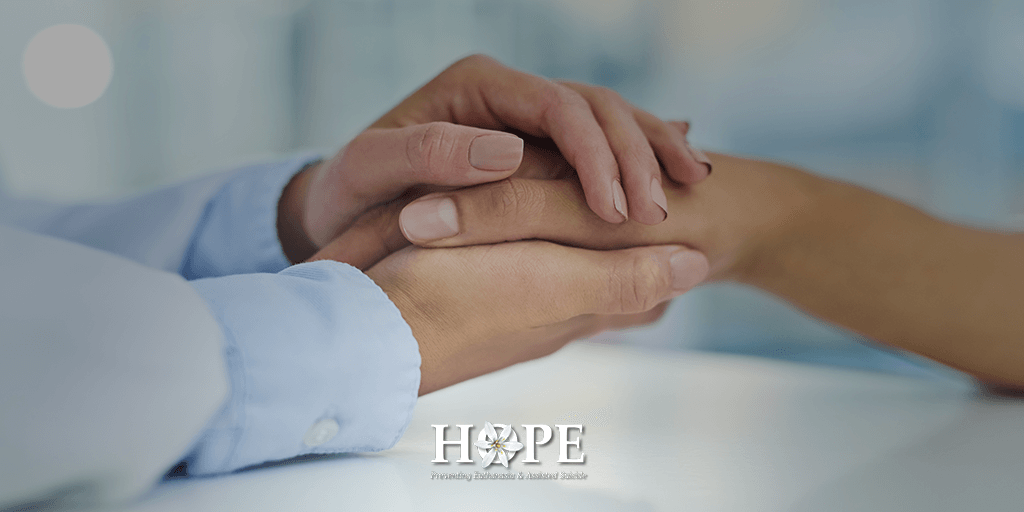 In encouraging news this week, former Victorian AMA President Dr Stephen Parnis has visited Western Australia ahead of a parliamentary vote on assisted suicide to be held next year. Dr Parnis has been meeting with MPs and doctors in the West to urge them to learn from the experience in Victoria and to provide clarification about some of the misrepresentations being made by pro-death lobby groups.

In particular, he has cautioned against the claims made by pro-euthanasia activists that Victoria’s legislation is the ‘safest legislation in the world’. He points to the inevitability of wrongful deaths under the legislation due to incorrect diagnosis by doctors, the risks of undiagnosed depression in patients, as well as risks of people seeking assisted suicide because they have not had “access to good care that might have given them enormous quality of life.”

He also warns against the risk of coercion, which the Victorian legislation fails to safeguard against. Coercion can take many forms, and as is demonstrated by the hidden epidemic of elder abuse, often goes undetected, even by legal and medical professionals.

In a sign that pro-euthanasia activists are worried about their misinformation campaign being called out, the Chair of the Joint Select Committee on End of Life Choices, Amber-Jade Sanderson MP has taken to the media in response to Dr Parnis’ visit, urging him to ‘not scuttle WA support’.  Whilst urging Dr Parnis not to ignore the “overwhelming community support” for assisted suicide, Ms Sanderson fails to mention that 56% of the submissions provided to the WA committee over the course of its inquiry were opposed to the introduction of assisted suicide, compared with 25.5%, which were supportive of legislative change.

Indeed, the Committee’s own report found that “Western Australia has the lowest number of publicly funded in-patient beds per capita and access to specialist palliative care is limited across the state.” Further, it states that palliative care is further limited in rural areas and ‘almost non-existent in remote regions’.

We know that palliative care specialists themselves have stated that “assertions that Palliative Care doctors either cannot or will not relieve suffering and that assisted suicide in some cases euthanasia is needed to address this.. is simply false.”

“Current data indicates that no more than 2 in every 100 Palliative Care patients would be in moderate or severe pain at the end of life. In these usual cases where when all other methods of palliative for pain and other symptoms is inadequate, and if the patient agrees, palliative sedation therapy is available to provide adequate relief of suffering.”

The scare campaign by euthanasia advocates continues to exploit the normal fear of suffering as a way of convincing the community that the only way to relieve that suffering is to legalise assisted suicide. The real solution is to ensure adequate funding for palliative care in our community.

The Victorian government has failed in its duty of care towards the most vulnerable in our society by failing to adequately fund palliative care but at the same time, requiring doctors to ‘inform’ patients who request assisted suicide of all their available options, including palliative care. That requirement means little in the way of safeguarding vulnerable people if the ‘available palliative care’ falls short or is not available due to inadequate government funding. As the Grattan Institute has stated:

“Provision of information is one thing, but access to services is another. … this rhetoric [about palliative care] is not given any force in the [Victorian Ministerial Advisory] panel’s recommendations. … politicians regularly express their support for palliative care. Yet, there is often a chasm between such positive rhetoric and actual delivery.”

Dr Parnis is to be commended for his commitment to bringing facts, research and clinical experience to this debate, and for his work in dispelling the falsehoods and misrepresentations being promoted by pro-euthanasia advocates. His lobbying efforts were ultimately successful in the Federal Senate earlier this year and his advocacy is bringing true hope to the vulnerable in our community.