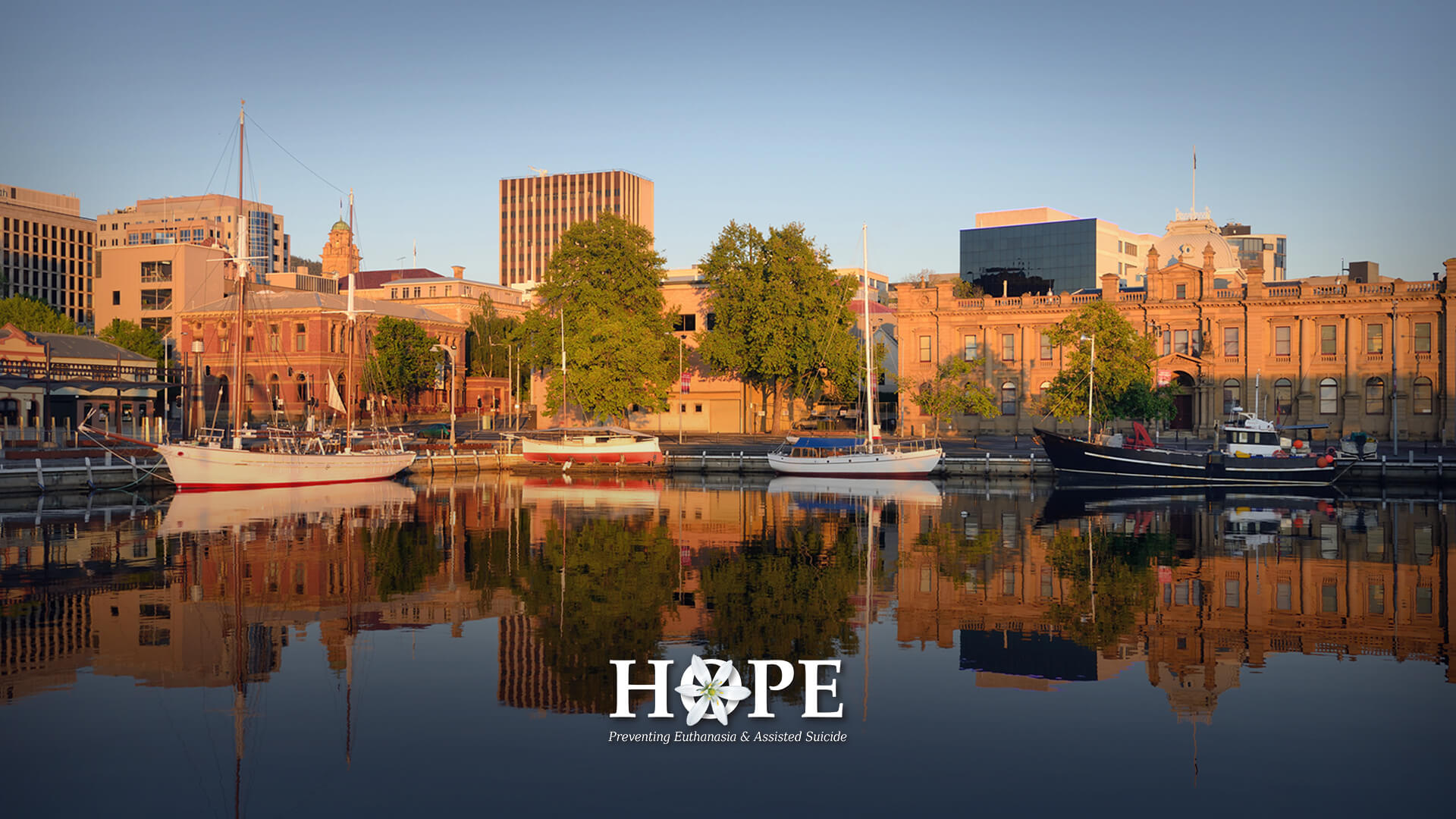 “We remain very concerned about several components of the draft Bill. It is long and confusing, seems to have been developed on the run, comprises 160 pages much of which we found difficult to understand and many points that seem contradictory.”

Tasmanian legislators considering Mike Gaffney’s euthanasia bill would be alarmed to learn that the peak medical body for the state has spoken out about the confusing and contradictory nature of the legislation being proposed for Tasmania. When the profession that would be charged with carrying out your scheme doesn’t understand the laws, there is a big problem.

The President of the Australian Medical Association, Tasmania, Dr Helen McArdle has written an article outlining the AMA’s position and some concerns about the legislation before the Tasmanian parliament.

At the outset, Dr McArdle outlines the primary duty of doctors, which is their ‘…ethical duty to care for dying patients so death can occur with comfort and dignity.’

In addition, Dr McArdle reiterates the AMA (Tasmania)’s position, which is also the National Australian Medical Association’s position, that “doctors should not be involved in interventions that have as their primary intention the ending of a person’s life.”

Some of the claims made by pro-euthanasia advocates during the current debate in Tasmania are disputed by Dr McArdle:

“In Tasmania, we are continually told there are high numbers of patients whose end of life care has not been adequate; however there is no data to support or refute these statements. They are anecdotal. An inquiry would be able to quantify the problem and ascertain where things went wrong with an aim to avoid similar incidents.”

It's not just doctors who are concerned. Two prominent legal experts have also raised serious concerns about safety of the legislation.

Former Tasmanian governor and Chief Justice of the Tasmanian Supreme Court William Cox and Associate Professor of Criminal Law at the University of Tasmania Jeremy Pritchard have spoken out, criticising the Mike Gaffney bill.

Their chief concerns relate to the risk that the legislation poses to vulnerable Tasmanians:

“…pragmatic concerns exist as to how to protect vulnerable Tasmanians from applying for assisted dying because of undue influence or coercion. Many people believe dangers are averted by the fact the Bill proposes to make it a crime, imprisonable for up to five years, to coerce a sick person.”

“From a criminal law perspective, this step only addresses one aspect of deterrence: the consequences of detection. It does not address the other aspect of deterrence: the chances of detection. And this is an enduring problem for euthanasia safeguards. The deterrence value of prison is questionable when the risks of getting caught are likely to be very low, especially if coercion occurs behind closed doors and leaves no physical evidence.”

In addition, the ability of a patient to take home lethal doses and keep them in their homes for potentially a year is identified as another risk to vulnerable Tasmanians. These risks include the possibility that patients could be coerced into taking the lethal dose by an abusive carer or family member, a person being tricked into taking it, or even being given the dose unawares. Given that the legislation does not require a health practitioner to be present when the lethal dose is administered, there is no possibility that such abuse could be detected or proved after the event.

To this end, they outline the ultimate risk with such legislation:

“Of course if coercion works and the victim dies, the central witness for any prosecution disappears.”

These calls from prominent doctors and legal experts join those outlined by the Premier Peter Gutwein last week about the potential adverse impact this legislation would have on patients and medical professionals.

Tasmanians deserve better than such dangerous and extreme laws.