What are doctors really saying about assisted suicide & euthanasia? 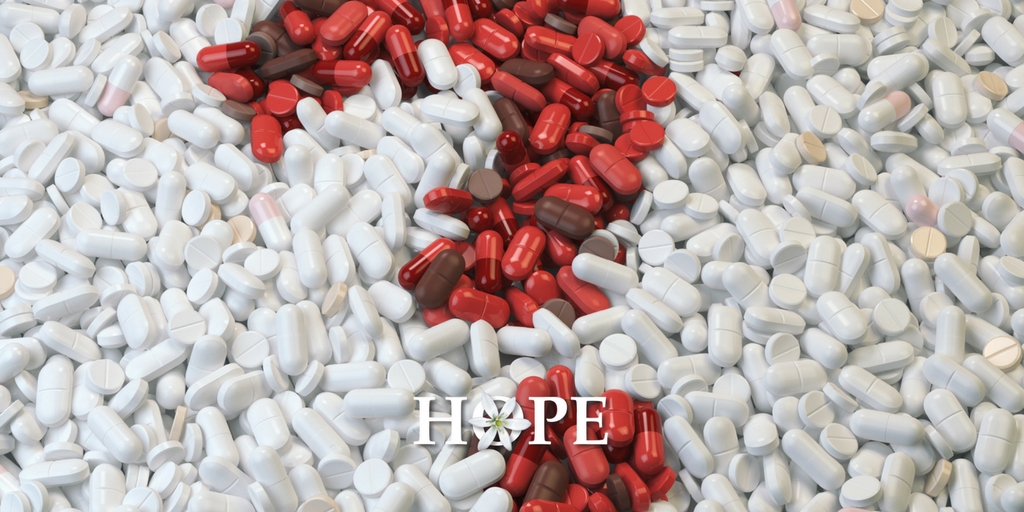 Who are we going to trust?

In the modern era, the role of the doctor has moved away from a paternalistic one and more towards an informed consent model where the patient gets to discuss their preferences for treatment rather than simply being told what the doctor has decided to do.

That’s not to say that the patient can choose any option. It is not a matter of searching ‘doctor google’ or consulting a ‘friend who knows someone who had the same condition’ and then simply telling the doctor what they want. Well, not yet anyway. A doctor can refuse to offer certain treatments, again based on experience and knowledge. But an assisted suicide law would change that.

Under the proposed Victorian model, a person who qualifies because of a prognosis can direct that they want assisted suicide in preference to any other possible treatment. That’s right: access to euthanasia or assisted suicide is not a ‘last-resort-only’ option; it could be an early intervention. This is especially so since the only person under the proposal who will determine if the person’s suffering is intolerable is themselves.

So, an oncologist, for example, who will have detailed experience (note: not just knowledge, but experience) in treating the particular cancer with success, can be trumped by a rejection of his or her best advice and encouragement by the person’s self-selection for an early death. This is something of what we mean when we say that euthanasia and assisted suicide changes the doctor- patient relationship in deleterious ways.

Doctors will not be comfortable with that – even doctors who may support the idea.

A recent article at the ABC website canvassed doctor’s on their thinking on the issue. Noting that doctors are divided on the question, they interviewed three for comment:

Polls suggest around 75 per cent of people support assisted dying for the terminally ill, but only 40 per cent of doctors agreed in a recent survey by the Australian Medical Association.

"A lot of my colleagues are feeling the same as me — that even though they may support it in theory, are they going to put their hand up and do it? No," Dr Kaminsky said.

Palliative Care physician, Dr Michelle Gold told of her own experience and concerns:

Dr Gold has witnessed hundreds of deaths and fears the pressure patients may feel to end their lives if voluntary assisted dying is an option.

"The concerns that I have are around situations where I suspect people may feel subtly coerced, or that they don't want to be a burden on their families, and we hear that all the time," she said.

And while doctors themselves may be divided, there appear to be few palliative care physicians in support of the proposal. Again; experience is everything. 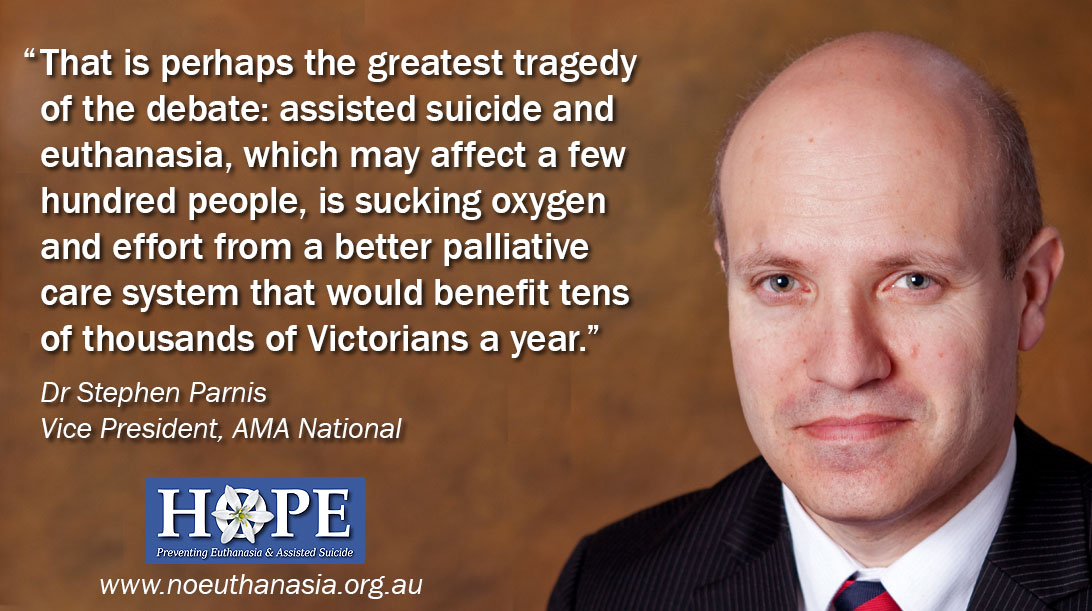 That’s why it was so significant and important that the Victorian Parliament hear from the Australian Medical Association (AMA) and Palliative Care Victoria (PCV) at a recent briefing at Spring Street.

In a Press Club speech the next day, he made abundantly clear why:

It came at a time when a number of States, most notably South Australia and Victoria, were considering voluntary euthanasia legislation.

There was an expectation in some quarters that the AMA would come out with a radical new direction. We didn’t.

The AMA maintains its position that doctors should not be involved in interventions that have as their primary intention the ending of a person’s life.

This does not include the discontinuation of treatments that are of no medical benefit to a dying patient. This is not euthanasia.

Doctors have an ethical duty to care for dying patients so that they can die in comfort and with dignity.

We are always there to provide compassionate care for each of our dying patients so they can end the last chapter of their lives without suffering.

We believe that governments must do all they can to improve end of life care for all Australians.

They must properly resource palliative care services and advance care planning, and produce clear legislation to protect doctors who are providing good end of life care in accordance with the law.

Gannon went on to say that legislating is a matter for parliaments and closed by pleading for Victorian Parliamentarians to get their priorities right:

Bills in South Australia and Tasmania have been defeated. I encourage politicians in Victoria to ‘put the horse before the cart’ and focus on the everyday issues in end of life care.

Our position does not appeal to everyone, least of all high profile euthanasia campaigners and their enthusiastic supporters in the media.

We also have members who differ in their view.

There are medical, ethical, and moral responsibilities at the heart of the doctor-patient relationship, and we all take them and our oath, the Declaration of Geneva, very seriously indeed.

The ‘horse before the cart’ reference to ‘everyday issues’ was a clear pointer that Victoria needs to get its act together on the funding and provision of Palliative Care. Currently underfunded by $65 million each year, something like 26% of Victorians do not currently have access to the best of care, according to Palliative Care Victoria.

PCV Victoria’s president, Odette Waanders spoke alongside Gannon. In raising the call for more funding and services in Victoria, Waanders raised some points worth considering:

She summarised that this ‘lack of access to palliative care results in preventable suffering’. This suffering is a direct reflection on government policy in the area. Assisted suicide and euthanasia is a very poor and cynical substitute.

Clearly there is much to be done to help ensure that all Victorians get the support they deserve in their time of need. There needs to be the political will informed by the experts.

The parliament may well be set to deliberate on a bill for assisted suicide and euthanasia sometime soon. Let us hope that they make an informed decision, relying on sound advice and information from voices of experience and not simply pander to the squeaky wheel.