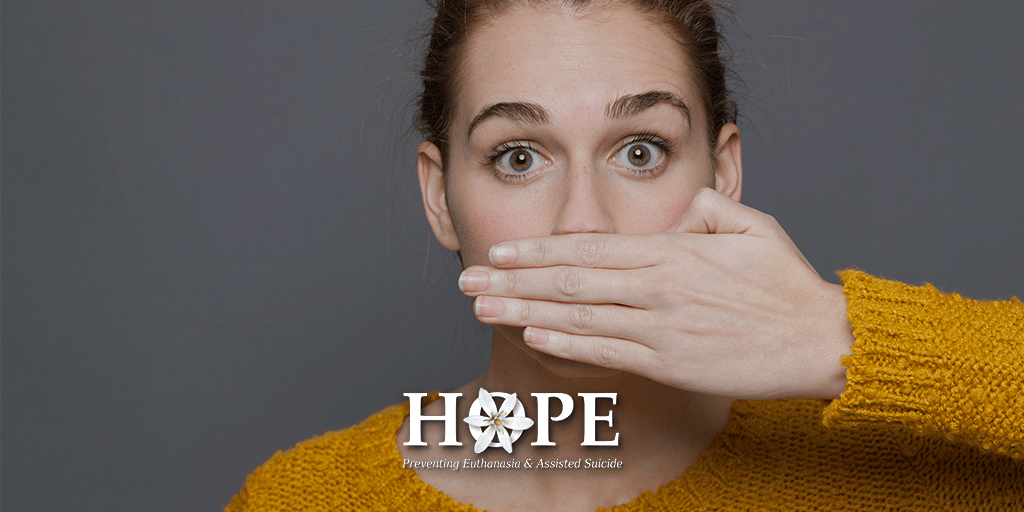 “The great enemy of clear language is insincerity. When there is a gap between one's real and one's declared aims, one turns as it were instinctively to long words and exhausted idioms, like a cuttlefish spurting out ink.”  George Orwell, Politics and the English Language.

In its most recent discussion paper, the West Australian Ministerial Expert Panel on Voluntary Assisted Dying goes to great lengths to describe why it has chosen to use the euphemism “voluntary assisted dying” in place of the more accurate terms “euthanasia” and “assisted suicide.’

In explaining why it does not use the term “euthanasia,” the Panel writes:

“Euthanasia refers to the situation when death is induced to relieve suffering. The term derives from the Greek for ‘good death’. The term, however, can carry connotations of something bad as well as something good, because of its historic abuse in involuntary euthanasia, which raises the prospect of medical practitioners or society killing people whose lives are thought to have little value. Many people are familiar with the idea of euthanasia from the practice of relieving the suffering of family pets. […] When applied to humans, euthanasia is often similarly understood to be a procedure that is provided to a passive patient.” [Emphasis added.]

The reason, it appears, that the term “euthanasia” has not been used by the Panel is because it presents a reminder of abuses of euthanasia in the past (and perhaps, a warning about a potential for the same in the future.)

In relation to the term “assisted suicide,” the Panel had this to say:

“Suicide involves the tragic loss of life of a person who is otherwise not dying, whereas voluntary assisted dying involves a person’s choice about their mode of death when they are already dying. Suicide is usually undertaken alone as an act of desperation, whereas voluntary assisted dying is a pathway involving medical and family support. Suicides are potentially avoidable; “every effort should be made to prevent these deaths” and there is a “range of critical work being undertaken to prevent suicide”. By contrast, the people “who are the focus of voluntary assisted dying face an inevitable death as a result of an incurable disease, illness or medical condition. It would not be appropriate to use the same terminology to describe” their choice about the circumstances of their impending death. For these reasons, the Panel believes the word ‘suicide’ should not be used in relation to voluntary assisted dying. It is wrong to confuse these two very different kinds of deaths.” [Emphasis added.]

Here too, the Panel seeks to avoid the use of a term that people rightly perceive as negative and something to be avoided.  It also seems that the Panel rejects the idea that deaths by assisted suicide are decisions also made in desperation, and that effort should be made to prevent these deaths.

But whatever terminology the Panel chooses to use (and ignore), it cannot hide the grim reality of euthanasia and assisted suicide.  The vulnerable in Western Australia deserve more than insincere euphemisms.