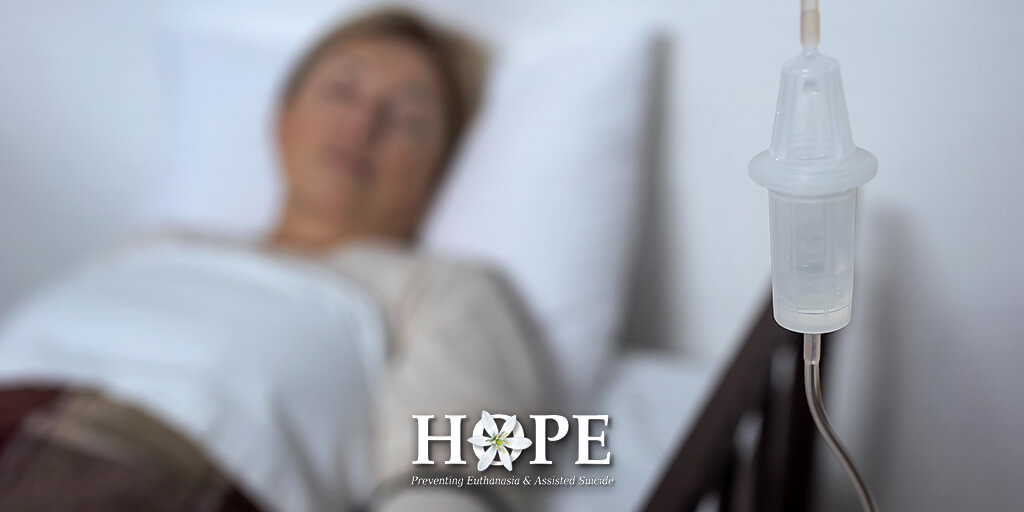 Arguably no one illustrates the utter futility of euthanasia “safeguards” like Australia’s Philip Nitschke.

Known as “Dr Death” and “the Elon Musk of assisted suicide”, Nitschke has been lawlessly assisting people to take their own lives for decades.

Euthanasia being illegal didn’t stop him.  What are the chances “safeguards” will?

A doctor by trade, Nitschke is a force to be reckoned with: a passionately adamant believer in euthanasia and assisted suicide being a human right.

Which means that, simply by virtue of being human, you have the right to die; limiting euthanasia to the sick and the dying is discrimination – pure and simple.

In Nitschke’s mind, and that of many others’, “safeguards” are beg and grovel measures; anyone who wants to die has the right to do so.

Currently peddling his wares on a national tour of Australia, just last week Nitschke tweeted from Perth: “Access to @PeacefulPill is a RIGHT, not just a prize for those who pass the exam!”.

He was referring to a Dutch article; a published interview with a Dutch couple, members of the Last Will cooperative, who objected to there being any “safeguards” around euthanasia:

Suicide is put in a particularly bad light because certain believers in the government believe that this should be stopped for everyone.

I think it is too absurd for words that another person says to me that suicide is not allowed.

But there is a wave going on. We have become modern people who, from an early age, see for themselves what they want with their lives, have the freedom to develop. We are infused with freedom.

Only, at the end we are not allowed to decide ourselves. No, worse. Then you have to ask someone else if the suffering is bad enough. He must then make the decision.

A childless couple of forty years, they’ve been thinking about a self-chosen end, possibly together, for decades and “don’t want to take an exam at a doctor to die”.

Like Nitschke, they believe no criteria, no requirements, no “safeguards” ought to impede their right to die.

Nothing could be further from the truth.

Nitschke has never been sought out by people who are legally allowed to die; it’s those who are disallowed euthanasia that seek him out.

We saw this first hand when he accompanied Perth academic Dr David Goodall to Switzerland to take his own life through euthanasia, and similarly when he accompanied Victorian firefighter Troy Thornton to do the same.  Mr Thornton sought Nitschke’s help because he did not meet the criteria set out in the Victorian legislation. Dr Goodall, should he be seeking assisted suicide today, would not qualify for it under the current WA euthanasia bill, as he did not have a terminal illness nor did he have 6 months left to live.

In reality, Philip Nitschke and the WA euthanasia bill are proffering the same thing. The only difference is that Nitschke’s offering isn’t discriminatory. He offers any ‘rational adult’ the option of assisted suicide.

When assisted suicide is framed as the ‘right to autonomy’, or the ‘right to die’, then any restrictions on this ‘right’ are arguably unfair and discriminatory. Once you remove the long standing prohibition on doctors killing their patients, why is it fair to only allow it for one subcategory of people? If people indeed have a ‘right to die’, why should it only be available to people who have 6 months to live? Why only those with terminal illness?

As it has for decades past, his business will thrive in the event euthanasia is legalised in WA; coming to the aide of euthanasia hopefuls whom the legislation denies – no questions asked.  And all that legislation allowing assisted suicide does is legitimise Nitschke’s business. After all, the government has said this is a good thing.

You’re human?  You qualify.  No ifs, ands or buts.

Nitschke reduces the argument, “if we legalise it, we can regulate it” to ashes.

He’s been defying the law for years.  And he’s got absolutely no intention of stopping now.