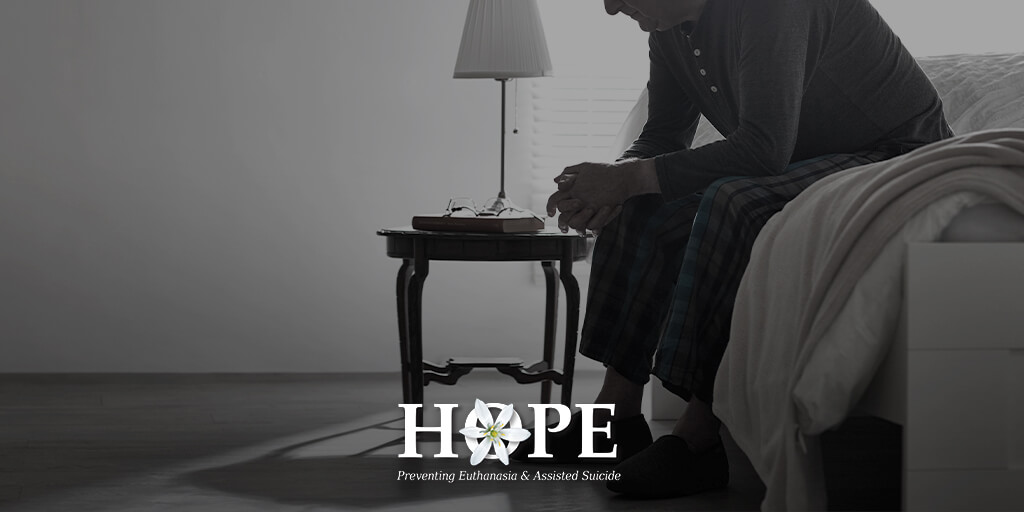 We know that the death lobby are shameless when it comes to twisting language in order to mask the horror of what they are proposing and also to get the public to support their cause. Instead of “suicide”, “killing” or even “euthanasia”, they use sanitised terms such as ‘dying with dignity’, ‘assisted dying’, ‘voluntary assisted dying.’

Their latest marketing antics however, take things to a whole new level.  A proposal for ‘completed life’ euthanasia has been submitted to the parliament in the Netherlands.

Never heard of ‘completed life’ euthanasia? It’s like regular euthanasia except you don’t need to have a terminal illness or be suffering.

You just need to be old and not want to live anymore.

It used to be called suicide.

The concept of ‘completed life’ euthanasia is one that has been openly debated in the Netherlands over the past few years. A private member’s bill, submitted by Dutch politician Pia Dijkstra of the D66 party, would extend the current euthanasia regime to allow for ‘completed life’ euthanasia for those over 75 years old, without a terminal illness, who have expressed a persistent wish to die. It would of course, in the words of the sponsoring politician, be made possible “under strict conditions.”

It is hard to imagine what “strict safeguards” are left to be imposed once you decide that the elderly are entitled to suicide just because they are “tired of life.”

What we have come to after 20 years of legalised euthanasia in the Netherlands, is a country seriously contemplating making a law to allow for socially applauded suicide for the elderly.

If you don’t think this would ever happen in Australia, consider the favourable and unquestioning media coverage of Professor David Goodall’s much publicised suicide in Switzerland in 2018. His death was portrayed by euthanasia activists as a “good thing” even though Professor Goodall had no terminal illness, and himself said he wasn’t sick or in pain.

When HOPE appeared before an inquiry into euthanasia and assisted suicide in the ACT, we were even questioned about the David Goodall case, with the suggestion that the elderly shouldn’t have to wait until they are suffering to die.  From the transcript:

“We have heard from elderly people and also in our submissions—I think that we have also seen it with the recent Dr Goodall case—that they have spent their lives contributing to society and feel that they deserve to be able to take their leave from this world peacefully and at a time of their choosing when they feel that they have no more to give or no more to contribute.

“If safeguards can be in place to protect against elder abuse, how can we really legitimately justify letting elderly people who do want to die wait until they are unbearably suffering or go through that to die?”

The Netherlands began as all jurisdictions do, with “strict guidelines” surrounding their euthanasia regime, restricted to alleviating the suffering of terminally ill patients for whom nothing else can be done. Now doctors are allowed to hold down dementia patients and euthanise them and will possibly soon be authorised to kill old people who just want to die.

In the words of Margaret Somerville, “Once we cross the clear line that we must not intentionally kill another person, there’s no logical stopping point.”