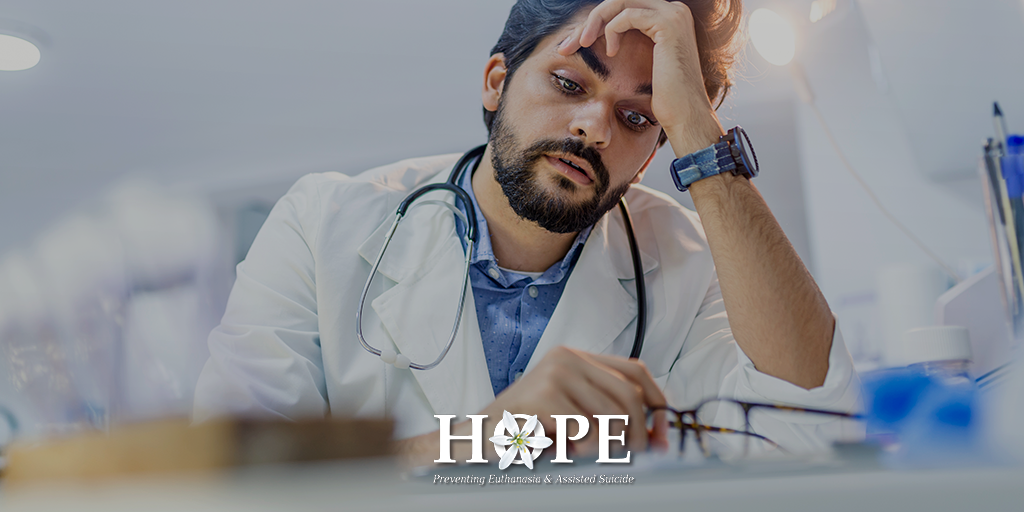 We know that laws allowing euthanasia and assisted suicide fundamentally change the therapeutic relationship between doctors and their patients. You cannot remove the prohibition on doctors killing their patients without serious consequences.

A new study has looked into the impact of legalised euthanasia on doctors in the Netherlands, where the practice has been legal for almost 20 years. The study has uncovered some alarming results.

The authors looked into the question of what kind of pressure GPs experience when it comes to requests for euthanasia. The fact that they do experience is not disputed: a previous 2014 survey had found that 70% of doctors experienced pressure to grant a request for euthanasia and 64% of them felt an increase in this pressure over the years.

The stories relayed by the GPs are disturbing:

“If you do not help me this week I will have to jump.”

“Even after the decision to grant the euthanasia request a GP may feel herself ‘entering a theatre play’ on the day of the euthanasia. ‘The whole table was surrounded with friends who were smoking and drinking. On the table lay all sorts of jewelry that were to be divided; whether K [trainee GP] and I [GP] would want to select a nice necklace as well?”

“Another GP described his unpleasant feeling when the patient who was about to receive euthanasia opened the door himself and led the GP into the living room which was full of people as if it was a birthday party: ‘Everybody had a glass of wine in his hands, while I was preparing the euthanatica’”

There are good reasons that the medical profession is overwhelmingly opposed to euthanasia. Around the world, 107 of the 109 World Medical Association’s constituent medical associations are opposed. They know that euthanasia and assisted suicide should never be incorporated into the practice of medicine.  This latest study provides further data on the negative impact the practice is having on the profession, and what happens when euthanasia is framed as a patient’s ‘right to die’. Autonomy becomes king and the doctor’s role is reduced to that of legal and practical enabler of their patient’s suicide.