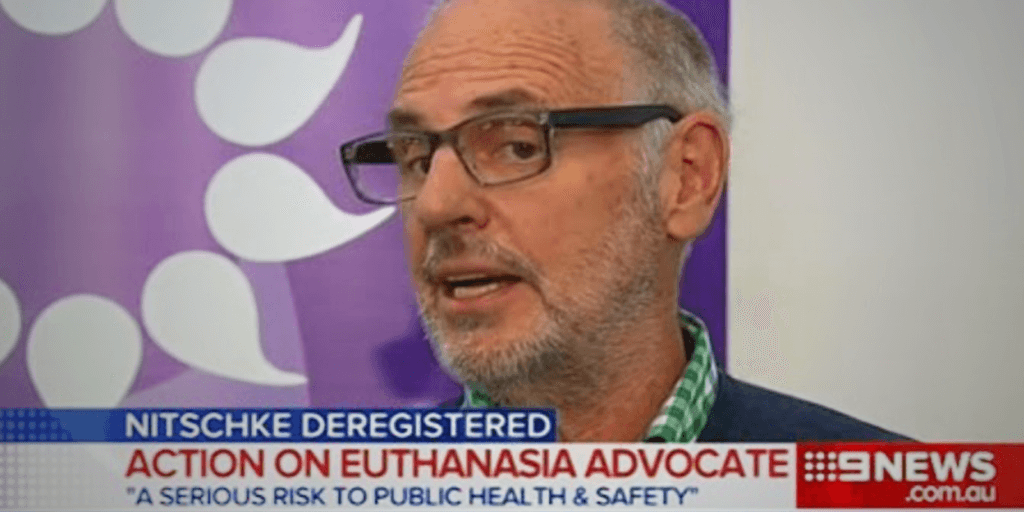 Extreme pro-euthanasia advocate Philip Nitschke has been holding workshops in New Zealand in the past week with members of his organisation Exit International to discuss issues surrounding assisted suicide.

However, unlike most pro-euthanasia campaigners, Nitschke is not concerned with ensuring that legalisation has ‘strict safeguards’. In fact, (and in what should sound as a warning to parliamentarians considering such legislation), Nitschke has stated that he considers ‘safeguards’ in assisted suicide legislation to be ‘beg and grovel’ provisions. He believes that assisted suicide should be the ‘right’ of every adult person who is of sound mind. Any other criteria an affront to the autonomy of the patient.

“You don’t have to give a reason, it’s a right to have these drugs.”

The problem for euthanasia advocates is that Nitschke articulates the ideas that they want to keep secret: that if you accept euthanasia and assisted suicide is a right based on personal autonomy, the logical conclusion of this position is – as Nitschke says – “it’s a right to have these drugs.”

It is the logical next step of any euthanasia and assisted suicide legislation.

Nitschke’s approach is not extreme.  It is intellectually honest.  And it demonstrates potential consequences of opening the door to assisted suicide based on personal autonomy and shows how laws introduced into parliament in Australia will likely be challenged by pro-euthanasia advocates such as Dr Nitschke in the future.