Euthanasia is not palliative care 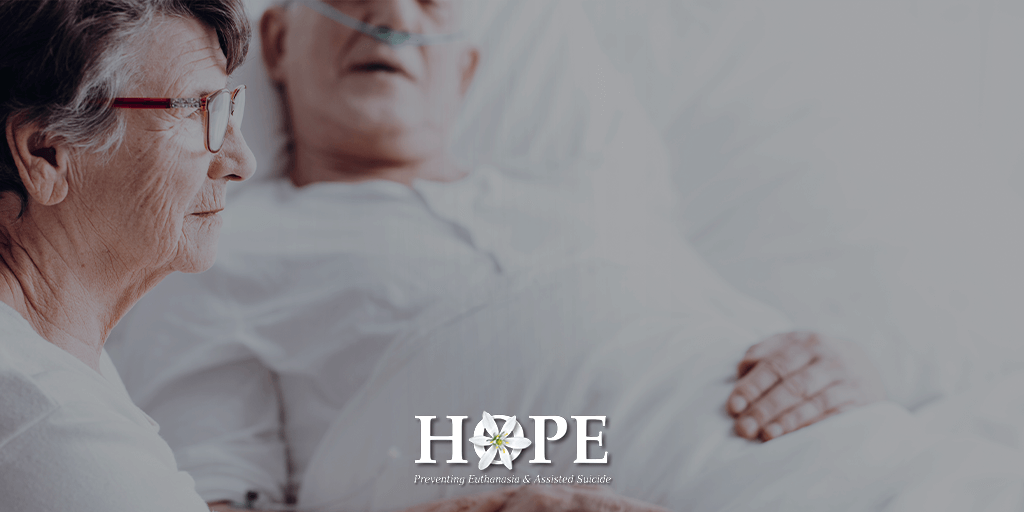 That’s exactly the approach that has been taken in Belgium, where euthanasia and assisted suicide have been combined with palliative care in what are known as Integrated Palliative Care (IPC) units.

While it may be many years before we know the true cost to society and to the practice of medicine of such an approach, one former nurse has lifted the veil on the reality of the medical care that is provided within these IPC clinics in Belgium. Sophie Druenne, a palliative care nurse who formerly worked in Belgium, has spoken up about what she sees as a failure of the vision of integrated palliative care “because of the contradictory premises of palliative care and euthanasia.”

Sophie recounts a time where a doctor had to be called back into the room after giving a lethal dose because the patient was still alive. Sophie found herself “laughing” at the absurdity of the situation she found herself in, as a way to protect herself from the reality of what was happening. It was in talking about that situation later to friends and family that the true horror of what she was participating in began to dawn on her.

She has since reflected on the subtle way that the medical profession’s maxim of ‘first, do no harm’ in Belgium has been transformed to ‘first, relieve the suffering’, which has then “justified a blind eye towards patient consent.”

“Sophie remembers first remarking on this shift in ethos when attending to a patient with strong breathing difficulties. At the time, she was working with another nurse, and they called the attending physician in for help.

“The first reaction of the doctor was to prescribe a triple dose of morphine with the obvious consequence that death would occur,” Sophie said. “Our reaction was to ask the practitioner if he really thought it was a good solution because it didn’t actually look like [death] was the will of the patient, but that this was a strong person fighting for life.”

Her reflections are telling and lend themselves to ask the question: what effect does the normalisation of euthanasia have on patient care and on the principles guiding physicians in their work? The principle of ‘first, relieve suffering’ is fundamentally a different guiding principle to ‘first, do no harm.’

We know that the rates of euthanasia without consent in Belgium are unacceptably high. Questions must be asked about whether this shift in guiding principles that has occurred in Belgium is resulting in the best care for patients?

Sophie has now moved to France where she works at a hospital that treats patients with traditional palliative care.  Her experience in Belgium has taught her that medicine is limited when it comes to the treatment of suffering, and especially when it comes to mental and existential suffering. She has since concluded that:

Sometimes there are no medical solutions, but palliative care offers holistic answers to evaluating the patient’s needs beyond the physical.

And that is the unique and irreplaceable contribution that palliative care makes in the holistic treatment of terminally ill patients:

“to improve the quality of life of patients and families facing problems associated with life-threatening illness, through the prevention and relief of suffering by means of early identification and impeccable assessment and treatment of pain and other problems, physical, psychological and spiritual.”

Killing patients or providing them with the means to do it themselves is a practice that is fundamentally opposed to the vision and approach of palliative care.

It remains to be seen how the practice of palliative care is impacted in the long term in places like Belgium where highly controversial experiments are currently being conducted in relation to society’s most vulnerable.