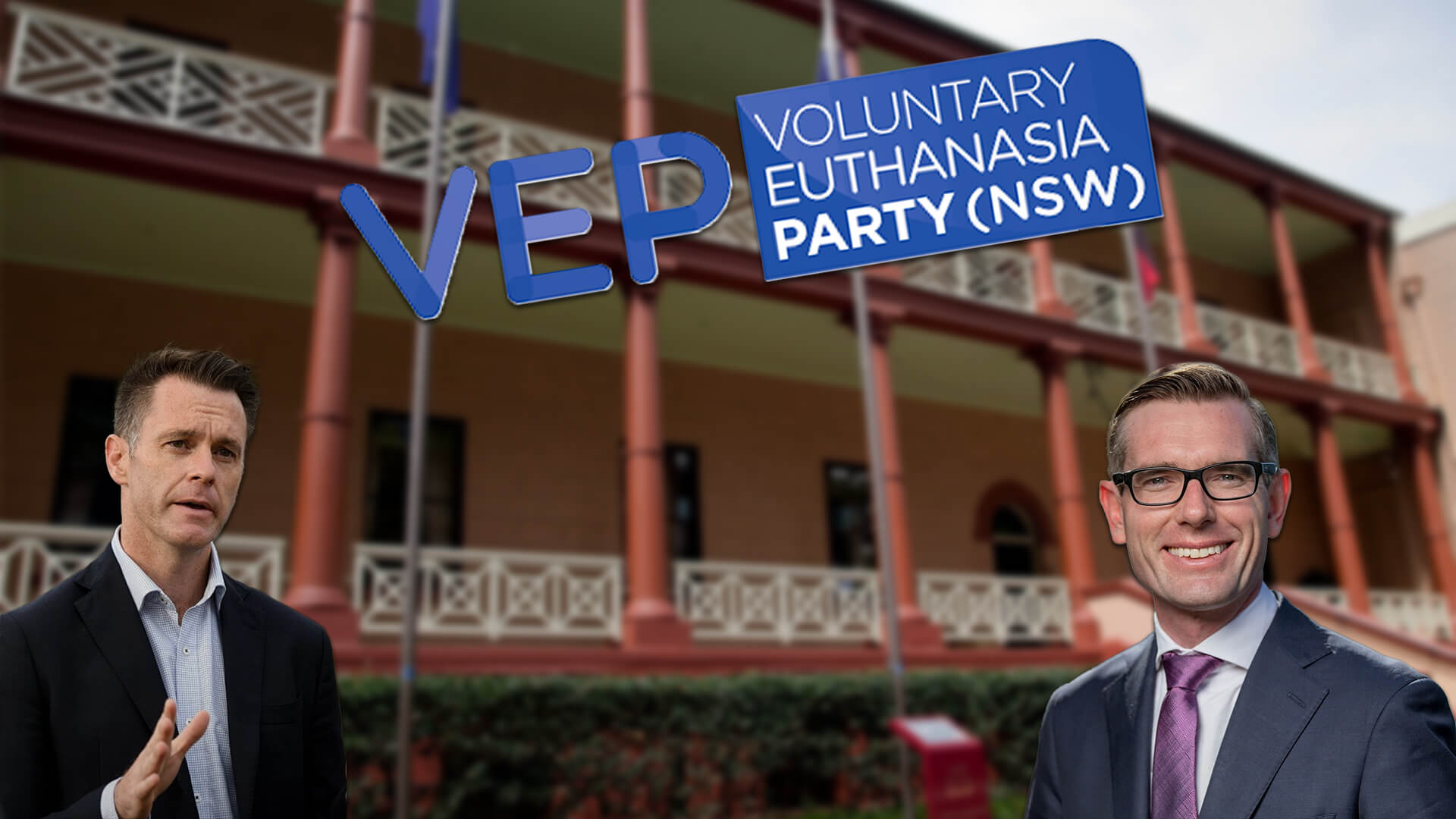 Voters in NSW would be well within their rights to ask what has happened to democracy in the state? We have leader after leader opposed to euthanasia and assisted suicide, on both sides of the political fence, and yet they’ve apparently lost control and ceded all power to backroom operators no one has ever heard of, who are controlling the debate and pushing their radical agenda onto the people of NSW.

The line up of leaders and former leaders who are united in their opposition to euthanasia and assisted suicide is formidable.

It is no secret that the newly installed NSW Premier, Dominic Perrottet is opposed to euthanasia and has been vocal about his views for some time.

The former NSW Premier, Gladys Berejiklian, has publicly expressed her opposition, stating that she doesn’t support euthanasia and assisted suicide and making clear she didn’t think it needed raising again.

The current Labor leader of the Opposition, Chris Minns, is also opposed to euthanasia, stating that he is “opposed to legislation that would enable voluntary assisted dying.”

The former Liberal Premier Mike Baird, is opposed to euthanasia and last week wrote an opinion piece outlining his reasons why.

And yet, on this radical and highly divisive issue, instead of leadership from the Premier and Opposition leader, policy in NSW is being dictated by one independent member, elected by voters in the inner metropolitan seat of Sydney, who was elected by 0.4% of the 4.5 million people who voted at the last election.

What’s more, at the last NSW state election, the Voluntary Euthanasia Party got 1.1 per cent of the vote, signalling just how much of a priority this issue really is to NSW voters when push comes to shove.

Neither of the two major parties took this issue to the last state election. Both leaders of the parties are opposed to this policy, and yet one elected member, who is not a member of the government, and who received just 0.4% of the total vote, is dictating the government’s policy agenda.

It is time for the Premier to take back control of the legislative agenda in NSW, and put a stop to faceless men and women dictating on policy that voters at the last state election clearly indicated was extremely low on their list of priorities.