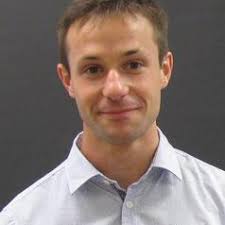 The debate over euthanasia is often framed in terms of unbearable pain. Yet a new review of assisted dying cases in Toronto suggests that patients are primarily concerned about a "loss of control" over their lives, rather than refractory pain symptoms.

The study, published in the current edition of the New England Journal of Medicine, reviewed data on assisted dying cases from the University Hospital Network (UNH), an Ontario healthcare and medical research organisation that operates four major hospitals in the Toronto area.

According the researchers, the primary reason why UNH patients requested assisted dying was to relieve "existential distress". The review states:

"Those who received MAiD tended to be white and relatively affluent and indicated that loss of autonomy was the primary reason for their request. Other common reasons included the wish to avoid burdening others or losing dignity and the intolerability of not being able to enjoy one's life. Few patients cited inadequate control of pain or other symptoms."

According to Madeline Li, the principal author of the study, patients primarily wanted control over how their lives will end: "Their quality of life is not what they want." Li told the Washington Post. "They are mostly educated and affluent â€” people who are used to being successful and in control of their lives, and it's how they want their death to be".

Similar findings have been reported in studies of US and European data.

In a recent article in the Medical Journal of Australia, American bioethicist Ezekiel Emanuel argued that the presence of existential distress in assisted dying cases counts as a reason not to legalise euthanasia:

"What is then the great impetus to legalise interventions to end lives for a small minority of patients who are depressed, worried about losing autonomy and being tired of life? We should end the focus on the media frenzy about euthanasia and PAS as if it were the panacea to improving end-of-life care."

PR: Why is this important? It confirms what we already know from the data collected in Oregon about those who access their assisted suicide laws. Namely that the prime reasons given by the 1127 people who have died under Oregon's assisted suicide law:

In other words, it is precisely this existential suffering and not pain that informs these decisions. These matters, perhaps even more than pain itself, can be dealt with in less drastic ways.

As Wesley Smith recently observed: "Not providing vigorous interventions for existential anguish is like depriving a cancer patient of morphine, and then helping her die because she is in so much pain."