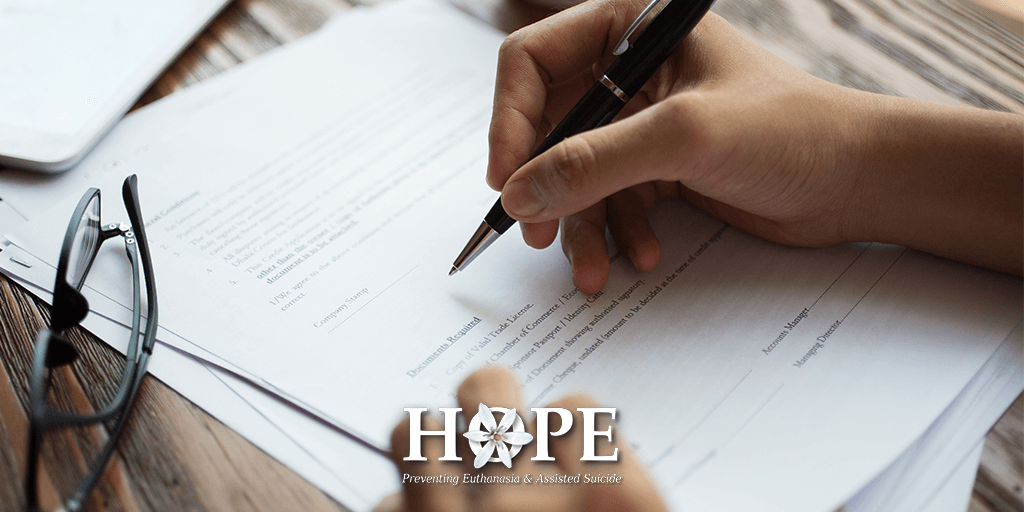 There are less than three weeks left to make a submission to the Queensland inquiry into aged care, end-of-life and palliative care and voluntary assisted dying.  If you haven’t made a submission yet, then here are five reasons to encourage you to do so!

This is the first Queensland inquiry into euthanasia and assisted suicide

The Queensland Parliament has never conducted an inquiry into the legalisation of euthanasia and assisted suicide.  While other states and territories have conducted inquiries, this will be the first opportunity for Queenslanders to have their say.

Nothing is off the table

The terms of reference for the inquiry show that the Queensland Parliament is open to considering a broad euthanasia regime.  Nothing is off the table, including access to assisted suicide for minors, those who are not suffering from a terminal illness, and even for those who have not been provided counselling.

Stand with the vulnerable

Disability groups are opposed to legalising euthanasia and assisted suicide, because the narrative about lives ‘not being worth living’ affects people living with disabilities each and every day.  Advocacy groups made representations to the Victorian Parliament before it legalised euthanasia and assisted suicide, but their views were ultimately not persuasive.  It is imperative that we stand with the vulnerable; adding our voices to theirs.

There is strength in numbers

It is easier for parliamentarians to dismiss a handful of submissions advocating for the rights of vulnerable Australians than it is for them to dismiss a large group.  Even a short submission from an individual demonstrates to our elected representatives that there are people who do not want to see this change made to the law.

If you don’t speak up now, it could be too late

Momentum is building around the country towards a broad acceptance of legalised euthanasia and assisted suicide.  The regime will become legal in Victoria in just a few short months.  A West Australian parliamentary committee failed to consider wrongful deaths in overseas jurisdictions and the broad expansion of euthanasia in Colombia, and the speed with which they are looking to introduce the regime has been slammed by medical professionals.  South Australia has just announced an inquiry into the regime, despite euthanasia being rejected by its parliament 15 times.  And the Australian Capital Territory has released a report outlining safeguards for euthanasia, even though attempts to legalise it there were defeated in the Senate.  If Queenslanders don’t speak up, the state could get caught up in this push by activists to have euthanasia introduced across the country.