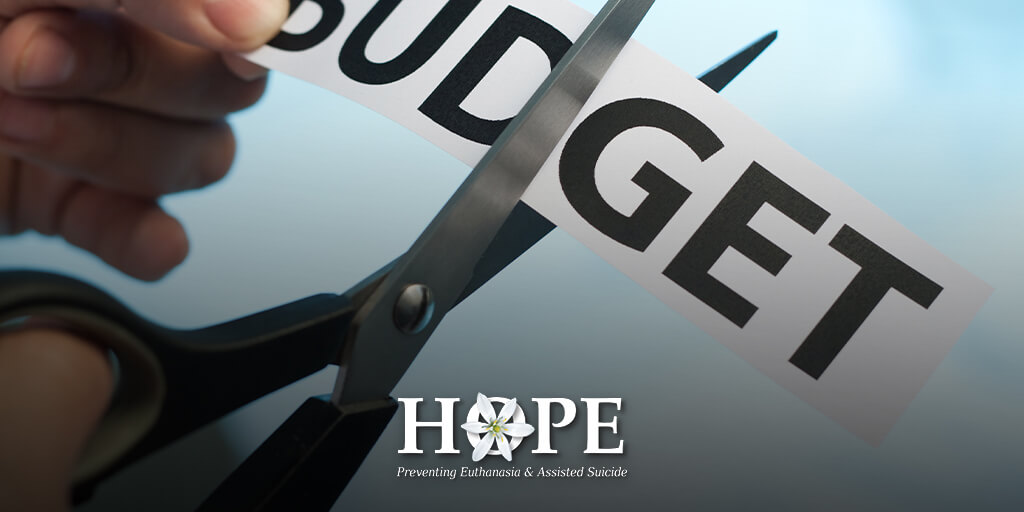 The McGowan government has quantified just how much it cares about providing end-of-life “choice” to the sick and vulnerable in Western Australia… and the results are disappointing, although not unexpected.

While the debate around the legalisation of euthanasia and assisted suicide in Western Australia was still underway, Health Minister Roger Cook insisted that the introduction of these practices would not jeopardise palliative care.  He said, at the time:

“No matter the outcome of the voluntary assisted dying bill we want to ensure that all West Australians know about palliative care and can access quality palliative care where and when it’s needed.”

12 months on from this assurance, and following the legalisation of assisted suicide and euthanasia, has this played out?

It was estimated that to bring Western Australia from where it is currently, i.e. covering only 50% of deaths, to fulfilling Minister Cook’s desire that “all West Australians know about palliative care and can access quality palliative care where and when it’s needed,” an investment of an extra $109 million per annum was needed.  Such an investment would improve access to palliative care significantly, covering 82% of all deaths.

How much has the WA Government invested?  $13.7 million, or about 12.5% of what is required to fix palliative care in WA.  And it appears that this is a one-off injection of cash, not a budget item for every year.

Yes, it’s an increase, but it is still below a “minimal” estimate of palliative care, which would cover 63% of all deaths.

You will hear from time to time that the introduction of euthanasia and assisted suicide doesn’t have a negative impact, with advocates even boasting that palliative care services improve.

They will likely argue this in Western Australia.

But when you’re going from “woefully inadequate” to “still woefully inadequate,” the argument doesn’t mean much to those who won’t have access to real end-of-life choices because palliative care remains underfunded.

It is, unfortunately, par for the course with euthanasia: make all the promises in the world, get the legislation through and then fail to deliver.