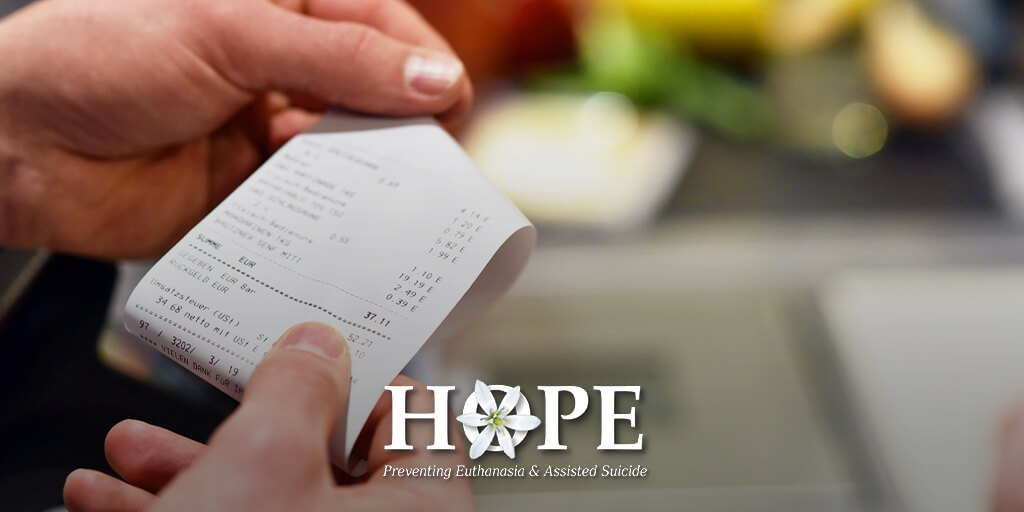 Sean Tagert was suffering from ALS, also known as Lou Gehrig’s disease, for six years.  He lived in Canada with his 11 year-old son.

18 months ago, a doctor recommended 24-hour home care for Tagert, but Vancouver Coastal Health continuously denied the request, before ceasing communication with Tagert and his family altogether.

Vancouver Coastal Health offered him a space in a group facility, which Tagert described as “hellish,” with toilet trips scheduled every three days and baths just once a week.

Dr Leonie Herx, President of the Canadian Society of Palliative Care Physicians said that Tagert’s case is the exact kind of situation that led the UN Special Rapporteur on the Rights of Persons with Disabilities to say that she was “extremely concerned” about how euthanasia and assisted suicide place pressure on people with disabilities.

Before taking his own life, he wrote this on his Facebook page:

“I want the public to know that I have tried to work with Vancouver Coastal Health... My last year and a half struggle to get doctor ordered 24hr home care is well documented. Failure. They don’t even respond to that anymore. Complete silence…

“…you only get Scheduled bowel movements bathroom every three days, they tell you straight up you could be sitting or laying in your own feces for up to twenty four hours.

once a week bath. If you want a second you have to pay.

“…Can't eat healthy, Mass prepared formula only. They don't increase night support, they reduce it. Which is the reverse of what advanced ALS patients need.

“…I know I’m asking for change. I just didn’t realize that was an unacceptable thing to do. Hundreds of British Columbians dying horribly every year. The only thing preventing a humane alternative is greed, lies and pathetic excuses.”

“We would ask, on Sean's behalf, that the government recognize the serious problems in its treatment of ALS patients and their families, and find real solutions for those already suffering unimaginably.”

Tegert’s case demonstrates that the legalisation of euthanasia and assisted suicide pose threats to the vulnerable who do not want to die.  There is no incentive for a government to invest in quality care if the cheaper option of pressuring or, in this case, ignoring someone into assisted suicide is available.