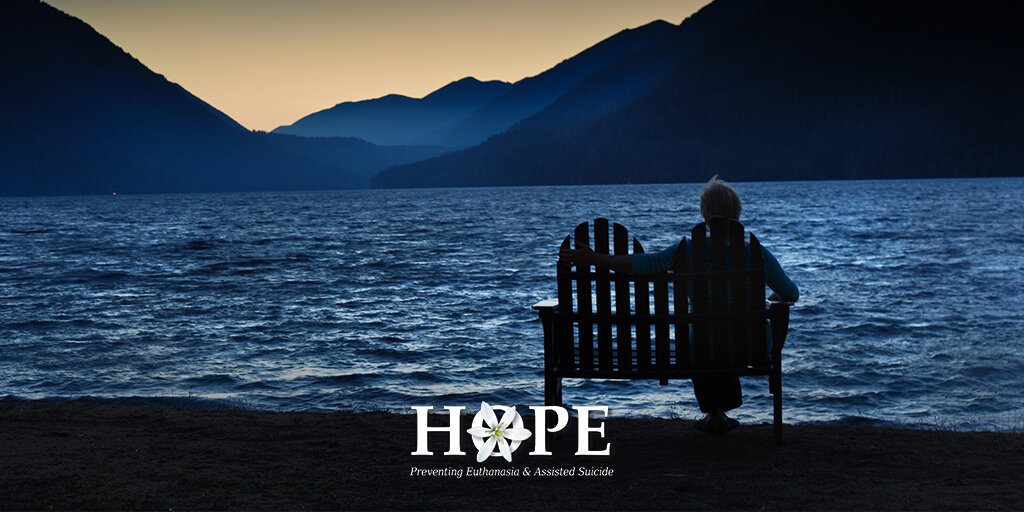 The long-lasting effects of euthanasia and assisted suicide on those left behind were clearly evident at an event in Perth last week, when a distressed young woman confronted Philip Nitschke over her father’s suicide death – aided by Exit International – two years earlier.

The woman, known only as Candice, attended a “Disturbing Death” workshop in Perth, and used it an opportunity to challenge Nitschke over his promotion of suicide for any adult who wants it, regardless of whether or not they are sick.

Candice told media that her father had used information provided by Nitschke’s Exit International organisation to take his own life.  He was suffering from depression, but did not have a terminal illness.

Through tears, Candice asked Nitschke to apologise.  “The information you put out kills people; people who are not in a rational mind to make that decision,” she said.

Instead of engaging with her obvious distress, Nitschke demonstrated the indifference to human suffering that has become so characteristic of the euthanasia movement, despite its claims of compassion.  “Well, I think you might fit that criteria,” he quipped.

He took to Twitter later to mock her as “disturbed.”

Good Perth ‘Disrupting Death’ workshop, despite disruption by a disturbed young woman who tried to wreck the meeting claiming that 10 years ago Exit had “killed her father”. The other 200 Exit members disagreed, but thanks to the sheriffs of Town of Cambridge for restoring order pic.twitter.com/z5eiDLMC9I

The incident was captured on film.  At one point, the young woman, who is seated in the back row, can be seen being surrounded by seven people, all telling her to leave.

“It is very distressing on people who are left behind,” she tells them.

Commenting on the incident for media, Labor MP Amber-Jade Sanderson said that “the voluntary assisted dying bill is designed to put Philip Nitschke out of business.”  However, we know this is not the case. We know that assisted suicide laws just legitimise Nitschke’s business model, particularly when they don’t exclude those who – like Candice’s father – are suffering from depression.

The best way to safeguard against those suffering from mental illness from taking their own lives is for the WA Parliament to vote against legislating the idea that assisted suicide is the answer to suffering.