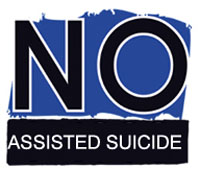 I wrote recently about the suicide death of 27 year old Canadian Adam Maier-Clayton. Maier-Clayton had significant psychological difficulties and was pushing for the inclusion of psychological complaints within the ambit of Canada's death laws.

He was unsuccessful. His condition has recently been described as a somatoform disorder which, in some circumstances 'the patient's psychological problems may be much more complex and their physical symptoms become severe, disabling and long-lasting'. He died a suicide death earlier in April.

I find it difficult, therefore, to characterise a report from a few days ago about another person who had the same condition and who, most likely unknown to Maier-Clayton, had been given permission by the Alberta Court of Appeal to die by assisted suicide.

Difficult because, had he waited, Maier-Clayton may have had his wish to die by assisted suicide. Horrible, because, either way, the young man died by suicide. Awful, because a precedent may now have been set that may begin the expansion of the Canadian law to virtually any form of suffering - certainly psychological suffering.

Why is this so significant? It is only in recent years - after a decade and more of legal practice - that we are beginning to see euthanasia deaths in Belgium and in Holland for people with psychological illness who were not otherwise dying. Yet, in Canada, there has been this frenzy of activity in the immediate aftermath of both the Ottawa and Quebec laws to essentially remove all boundaries; to include dementia, children and now psychological suffering.

If this is about suffering, as Adam Maier-Clayton intimated, then why not all suffering - any suffering?

The woman who received assisted suicide via the recent court decision was surely suffering too. The court heard that she was "suffering intolerable pain and physical discomfort," and "that her symptoms were irremediable." True, pain and discomfort are not solely reserved to the dying and it is often not the dying who experience the most severe pain and discomfort. But even here, another expert in the field doubted the professional testimony provided to the court; as CTV News reported:

But Dr. Trevor Hurwitz isn't so sure.

He's a psychiatrist in B.C. who specializes in somatoform/conversion disorders and says the case of E.F. troubles him. He says, while court documents show that two doctors testified on E.F.'s (theo woman concerned) behalf, a psychiatrist who offered a supporting opinion reviewed her medical records, but never physically examined her.

"You don't pass an opinion that has grave concerns, without visiting the patient," he says.

Hurwitz says neither he nor his colleagues were ever referred her case. He also said that electroconvulsive, or shock therapy, may have provided relief. A study from UBC shows ECT can help as many as 80 per cent of patients with severe somatic disorders.

"Hope is out there," said Dr. Hurwitz. "People need to know about it and avail themselves of those options."

"The case highlights how courts often don't get full and accurate evidence, so we shouldn't too easily rely on these decisions to justify a practice and introduce new policy," Lemmens said.

"The case also confirms that the risk of error is much greater with mental illness, where clinical evaluation is more based on an impressionistic judgment, and less on straight forward, well-established clinical measurements," he added.

Chiming in to support the court decision was Dr Ellen Weibe. Weibe is an assisted suicide enthusiast, having assisted in the suicide or euthanasia deaths of 40 people in the first six months of operation fo the new law to December last year. She predicted at that time that the Canadian deaths under the new law would continue to rise:

"I expect that we'll get to the point of the Netherlands and Belgium because their laws are similar to ours, and that would mean about 5 per cent of all deaths" she told CTV news.

Well, neither Belgium or Holland have reached that figure just yet - not in the official statistics anyway. Besides, to achieve such a threshold will have been seen to have been abetted by the continued expansion of who qualifies. Is Weibe forcasting such extension?

Still, Dr. Wiebe says she is getting calls from other patients with somatoform disorders who can't find relief from their pain and want to discuss assisted death.

"I have been a doctor for over 40 years and I have seen lots of somatoform disorder in my general practice but not the severity that I am seeing now from people asking me for an assisted death," she said.

"Now I am seeing these very severe cases who have been through multiple pain clinics and psychiatric treatment and so on. That is what I am seeing, these few people who are suffering so terribly and I wish that I could help," she says.

Is there an unprecedented outbreak of somatoform disorder in Canada? Not likely. Wiebe's is a sales pitch. Why? Simply because of her well-known public enthusiasm for assisted suicide and euthanasia and her willingness to take that action. She has created a demand. This is, therefore, evidence of doctor-shopping and likely little more than that.

The death of Adam Maier-Clayton and the person known as 'E.F.' are tragic. They are also an argument from the extreme edges for further legal change. And while hard cases make for bad law, the logic is nevertheless the case that the hard cases at the extremes help move the already porous and entirely arbitrary dividing line along the spectrum just that little bit more.