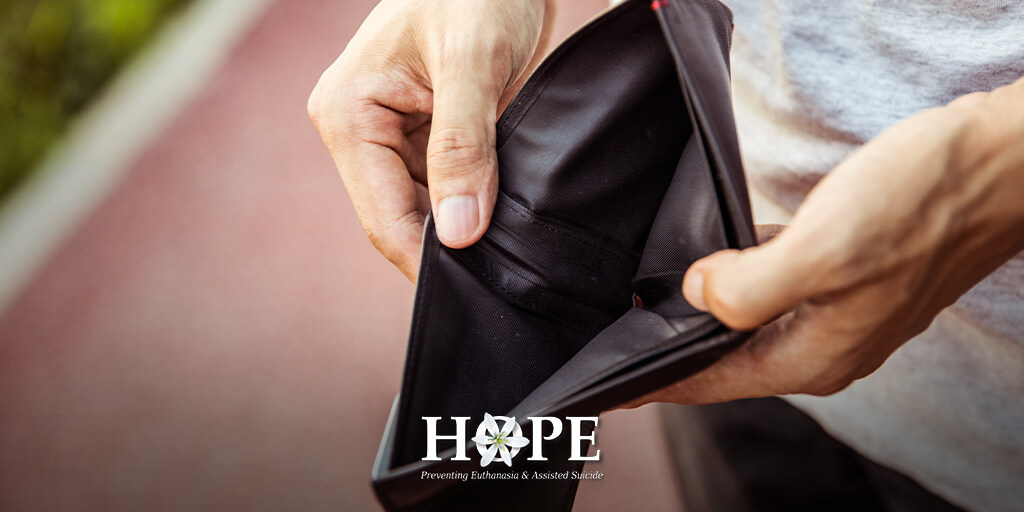 Now that Western Australia and Victoria have chosen the cheaper option by voting for legalised euthanasia at the expense of adequately funded palliative care, the pressure is on Queensland to follow suit. Pro-euthanasia activists are doing their best to ensure this issue is brought before the next state election, in case there is a change of government.

However, some measured and authoritative voices are calling for pause and proper consideration of the state of play before such radical legislation is considered.

The President of the AMA (Qld), Dr Dilip Dhupelia has called for the Queensland government to address the drastic underfunding of palliative care in the state, before any consideration of legislation to allow doctors to kill their patients.

“What we need is a complete restructure of palliative care services in Queensland. A state-wide “hub and spoke model of care would allow palliative care units at each major training hospital, supporting palliative care regional clinics within each hospital and health region which would be responsible for delivering care in their areas.

“This would ensure doctors meet their ethical duty to care for patients so that death is allowed to occur in comfort and with dignity, regardless of where they live in Queensland.”

This is in complete contrast to what occurred in Western Australia, where Upper House members had a prime opportunity to demand the government adequately fund palliative care for regional residents. Instead, they chose the cheaper option and left regional residents in the lurch once again. This is despite the evidence of the lack of palliative care services in the regions that was thoroughly canvased during their parliamentary debate. A majority of Upper House members even voted against an amendment that would have ensured that people in the regions had the same access to palliative care as people in the metropolitan areas of WA.

Queensland politicians now have a unique opportunity to do the right thing by residents and act on fixing palliative care, especially in regional areas of the state.

In 2013, a Queensland Parliamentary Committee found “that specialist palliative care services in the state were understaffed, under-resourced and could not provide adequate community care or after hours cover.”

“Six years have passed and there has been inexcusable slow progress to improve things.”

“Queensland has only half the number of specialist palliative care services it needs to meet community need and we need to urgently correct this.”

Dr Dhupelia makes the point that when legislation as radical as allowing euthanasia and assisted suicide is being considered, there should be a careful consideration of the consequences. Unfortunately, the majority report for the WA euthanasia inquiry failed in this regard, and read instead like a press release for pro-euthanasia activists. It cherry-picked evidence from around the world and ignored evidence of wrongful deaths in jurisdictions that have legalised euthanasia and assisted suicide.  This is hardly a solid foundation upon which to enact such extreme legislation.

The bottom line? Providing doctors with the means to kill their patients is much cheaper for governments than providing adequate health care and services to dying people, especially for those living in regional and remote areas.