Heads, I win; tails, you lose. 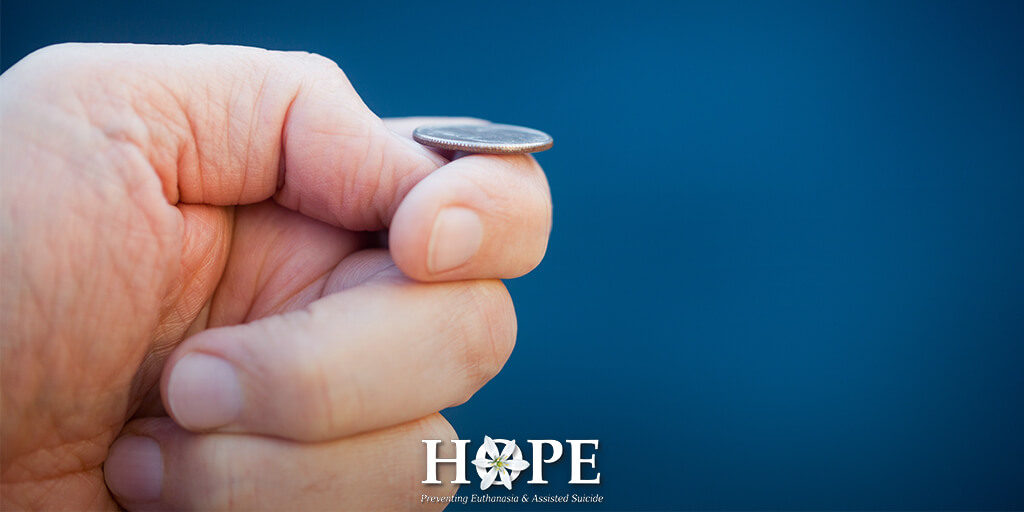 “Heads, I win; tails, you lose” is a fun game to play with young children because they often don’t realise that the way the game has been set up, it’s impossible for them to win.  No matter what they choose, they end up losing.

“Heads, I win; tails, you lose” is also the way that euthanasia and assisted suicide advocates approach their push for legalised killing around the world.

Take the tragic case of Francis Smith, whose death, along with the COVID-19 crisis, is being instrumentalised by the pro-death lobby in order to push for legalised euthanasia and assisted suicide in the UK.

On 3 July 2019, Mr Smith was diagnosed with motor neurone disease.  He made contact with Dignitas in Switzerland to initiate conversations about dying by euthanasia.  But he didn’t wait.  Instead, less than six weeks after the diagnosis, he stood in front of a train and ended his life.

Seeking to capitalise on Mr Smith’s death and somehow link it to the current unrelated COVID crisis, Dying With Dignity issued a statement expressing its condolences for Mr Smith’s death – some nine months after his passing – and then using it as a reason to push for euthanasia.  The statement read, in part:

Dignity in Dying said in a statement: “We are saddened to hear of the death of Mr Smith, a terminally ill man from Devon who ended his own life in August 2019, as revealed in an inquest.

"We extend our sincere condolences to his family, friends and the local community.

“This is a deeply tragic case, but sadly Mr Smith is not alone. Deaths like Mr Smith's are part of the collateral damage caused by the blanket ban on assisted dying in this country. Around 300 terminally ill people end their own lives every year.

"A terminally ill Briton travelled to Switzerland each week before lockdown for an assisted death, a process already fraught with difficulty, made even more so by current circumstances.

"Many who hoped to travel there may be forced to make brutal choices like Mr Smith's.”

“Forced to make brutal choices,” Dying With Dignity wrote, presenting the false choice so ingrained in the pro-death movement.  These advocates present governments, and the public, with just two options: euthanasia or standing in front of a train.

The false choice needs to be called out for the “heads, I win; tails, you lose” fallacy that it is.

Mr Smith’s death occurred just weeks after his diagnosis.  What if, instead of leaving him to try and navigate the devastating news on his own, that the immediate psychological and physical care he needed were put in place?  What if his call to Dignitas in Switzerland triggered a serious discussion about options for care that would let him live out the estimated two years he had left to live in as much comfort as possible?  In other words, what if those who campaign on “compassion” and “choice” actually tried to offer either?

Mr Smith’s death was tragic and untimely.  And it would not have been any less tragic or untimely if euthanasia was legalised.