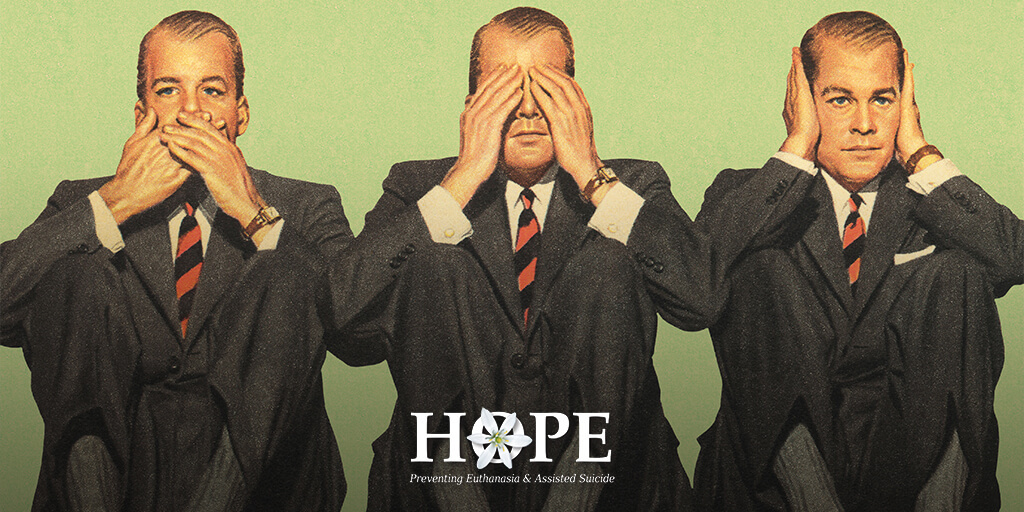 “For something like this to happen in somebody’s home in 2020 is just absolutely shocking and appalling.”

What does it say about our society and the way that we value people living with disabilities that no one noticed the “disgusting and degrading circumstances” accompanying the death of Adelaide woman Ann-Marie Smith last month?

Police have confirmed that they are treating Ms Smith’s death as a manslaughter after the facts surrounding the care Ms Smith was given by carers in her home were uncovered, including the revelation that she was left in a cane chair for 24 hours a day, for an entire year.  Ms Smith died of severe septic shock, multi-organ failure, severe pressure sores, malnutrition and issues connected with her cerebral palsy.

Her neighbours stated that they hadn’t seen Ms Smith in more than 10 years and assumed that the carers who came each day were caring for her properly.

Disability advocates and anti-violence campaigners have expressed disbelief that a person could be treated in this way in 2020. Tasmanian disability advocate Jane Wardlaw has stated that the case “showed the cultural devaluation of people with a disability that the Royal Commission into Violence, Abuse, Neglect and Exploitation of People with Disability was looking into.”

“I think it’s absolutely horrific and I can’t understand what has gone wrong and I’m really concerned that as a community… I thought that Australia had moved on.”

Nicole Lee, a Melbourne based anti-violence campaigner, who herself experienced abuse at the hands of her former husband who was also her disability carer, has questioned how this situation was not picked up by anyone:

“The royal commission needs to be shining a spotlight on these cases and what went wrong, who failed, who didn’t say anything when they were concerned about what was going on in this woman’s home?”

“Why didn’t somebody say something so we can start putting in safeguards to prevent these sorts of things from happening in the future?”

The devastating reality is that Ms Smith was extremely vulnerable and at the mercy of her carers.  No one, not even her neighbours, picked up on the fact that she was being neglected and treated so dreadfully.

If we as a society already can’t detect and prevent that type of abuse from occurring, how can government guarantee that other abuses don’t occur? This story highlights how much more needs to be done to prevent abuse of people living with disabilities, and more broadly the abuse of the most vulnerable in our society. It is clearly a hidden epidemic, no doubt exacerbated by the current Covid-19 restrictions that have been in place for the last several months in Australia.

If people with disabilities are being devalued now, how much more so will this be the case if euthanasia and assisted suicide are legalised? By legalising state sanctioned suicide for people who experience such things as loss of autonomy, loss of dignity, being a burden on others (which are all documented reasons people have given for requesting assisted suicide for e.g. in states like Oregon), the law in effect is stating that “we as a society agree with you, suicide is a better option than having to endure life with a debilitating disability.” And we know that the law is teacher: once legalised, this ‘mindset’ flows through to doctors, nurses, carers, policy makers, economists, governments. The flow on consequences are devastating.

If neighbours and others cannot detect the abuse of the vulnerable at the hands of their carers now, what makes us think that any government can place sufficient “safeguards” to ensure that carers do not coerce their vulnerable wards if euthanasia and assisted suicide are legalised?

This tragic story highlights the abuse that is currently being experienced by some people with disabilities, right now, behind closed doors. The government has a fundamental duty to govern for all citizens, not least the most vulnerable in our communities. It needs to think carefully about the message that is being sent, intentionally or otherwise, to people with disabilities, when the law sanctions suicide for some sectors of our community.

We must get the fundamentals right and this heart-breaking story shows how much more work there is to be done before we can confident that this is occurring.