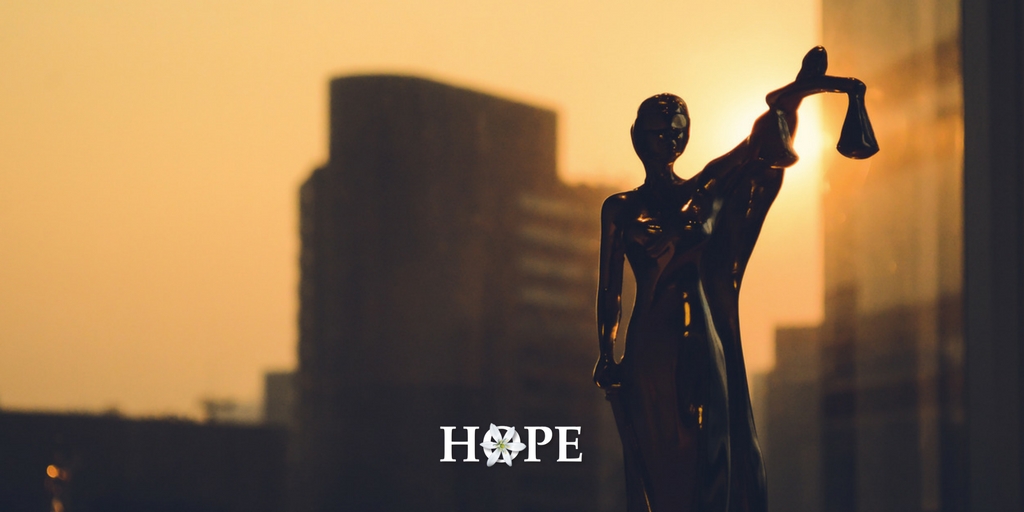 On 5 October 2017 the High Court of Justice in England dismissed a claim by Noel Conway seeking to carve out an exception to the law prohibiting all assisted suicide.

The judgement by the High Court is significant, because like the decision of the New York Court of Appeals delivered in September 2017, this judgement also affirms that there are very sound public policy reasons for maintaining a no-exceptions ban on assisting suicide.

Three key public policy reasons identified by the Court were:

The prohibition on intentional killing is the cornerstone of society and it is worth preserving the notion that all lives are precious. (para 69, citing the British Geriatrics Society)

The BMA’s research identified considerable concern amongst doctors regarding the possibility for detrimental effects on doctor-patient relationships if physician-assisted dying were legalised, including that this would increase fear and suspicion of doctors (particularly for the disabled, frail, elderly and those who feel they are a burden) which could affect what information patients are willing to share with their doctors. (Para 60, referencing the 2015 British Medical Association’s report on End-of-Life care and physician assisted dying)

The Court endorsed this view:

In our view, these concerns expressed by responsible professionals dealing with patients on the front line of clinical practice cannot be regarded as unreasonable or without foundation. There plainly is a real risk that a change in the law to legalise provision of assistance for suicide could have a serious detrimental effect on trust between doctors and patients.(Para 68)

Once quality of life becomes the yardstick by which the value of human life is judged, the protection offered to the most vulnerable members of society is weakened. (para 69, citing the British Geriatrics Society)

Baroness Campbell filed a witness statement in these proceedings on behalf of an organisation called Not Dead Yet UK, a group of terminally ill and disabled people who oppose all moves to change the existing laws on assisted dying, to elaborate upon these points. She explained in particular the concern of those people that society sees disabled people as a burden and the impact that relaxation of the prohibition against assisted suicide would be likely to have upon them. (para 72)

Professor the Baroness Finlay of Llandaff, a consultant physician and professor of palliative medicine gave evidence about a sense of coercion patients may feel, as experience shows, from a range of sources, including a desire not to be a burden on their families. She also called attention to difficulties of prognosis of likely time of death, concluding that “Even with the best modelling data available, it is not possible to predict with any reasonable accuracy whether a person with MND [the condition the claimant Mr Conway has] will live less than six months” (para 75)

The High Court specifically rejected the notion that vulnerable people could be protected from coercion and undue influence by having each case assessed by the High Court itself. The observation of the Court on this issue is of direct relevance to claims embodied in assisted suicide laws that assessing doctors can readily identify or rule out coercion and that merely assessing decision-making capacity is sufficient protection.

The involvement of the High Court to check capacity and absence of pressure or duress does not meet the real gravamen of the case regarding protection of the weak and vulnerable. Persons with serious debilitating terminal illnesses may be prone to feelings of despair and low self-esteem and consider themselves a burden to others, which make them wish for death. They may be isolated and lonely, particularly if they are old, and that may reinforce such feelings and undermine their resilience. All this may be true while they retain full legal capacity and are not subjected to improper pressure by others. (para 100)

The Court went on to cite in extenso the opinion of Lord Sumption in the Nicklinson case:

The vulnerability to pressure of the old or terminally ill is a … formidable problem. The problem is not that people may decide to kill themselves who are not fully competent mentally. I am prepared to accept that mental competence is capable of objective assessment by health professionals. The real difficulty is that even the mentally competent may have reasons for deciding to kill themselves which reflect either overt pressure upon them by others or their own assumptions about what others may think or expect. The difficulty is particularly acute in the case of what the Commission on Assisted Dying called “indirect social pressure”. This refers to the problems arising from the low self-esteem of many old or severely ill and dependent people, combined with the spontaneous and negative perceptions of patients about the views of those around them.

The great majority of people contemplating suicide for health related reasons, are likely to be acutely conscious that their disabilities make them dependent on others. These disabilities may arise from illness or injury, or indeed (a much larger category) from the advancing infirmity of old age. People in this position are vulnerable. They are often afraid that their lives have become a burden to those around them. The fear may be the result of overt pressure, but may equally arise from a spontaneous tendency to place a low value on their own lives and assume that others do so too. Their feelings of uselessness are likely to be accentuated in those who were once highly active and engaged with those around them, for whom the contrast between now and then must be particularly painful. These assumptions may be mistaken but are none the less powerful for that.

The legalisation of assisted suicide would be followed by its progressive normalisation, at any rate among the very old or very ill. In a world where suicide was regarded as just another optional end-of-life choice, the pressures which I have described are likely to become more powerful.

It is one thing to assess some one's mental ability to form a judgment, but another to discover their true reasons for the decision which they have made and to assess the quality of those reasons. I very much doubt whether it is possible in the generality of cases to distinguish between those who have spontaneously formed the desire to kill themselves and those who have done so in response to real or imagined pressure arising from the impact of their disabilities on other people. There is a good deal of evidence that this problem exists, that it is significant, and that it is aggravated by negative modern attitudes to old age and sickness-related disability. (para 101)

The Court identified problems with disentangling external pressures from the individuals’ own internalisation of the idea that “they are a burden and would be better off dead”.

Moreover, in relation to external pressure exerted by others on the person concerned, the process of seeking approval from the High Court would not be a complete safeguard. The court would have to proceed on the evidence placed before it. External pressures might be very subtle and not visible to the court. For example, it is not difficult to imagine cases of family discussions about money problems, not necessarily intended to place pressure on an elderly relative, in consequence of which they draw their own conclusions that they are a burden and would be better off dead. In any event, it might be difficult to disentangle factors of external pressure from the individual’s own internal thought processes and difficult to tell when external pressure is illegitimate or such as to invalidate the individual’s own choice to die. (para 104)

The Court cited the data from Oregon as evidence that its concern about people choosing assisted suicide because they felt like a burden was not fanciful but a real danger:

Data from surveys in Oregon of people seeking physician assisted suicide showed that of those responding 48.9% cited “Burden on family, friends/caregivers” as one reason for their decision. The risk that individuals will feel such pressures is clearly a real one. (para 104)

The Court also was alert to the danger of pressure being applied later in the process, perhaps after the lethal medication was made available, on a person to proceed despite doubts or a  more positive outlook:

Also, the court would look at the position at a particular point in time and would not pick up cases where the individual concerned had doubts or their mood changed later on, but might come under pressure to proceed despite this. (para 104)

The Court also adopted the finding that a prognosis of less than 6 months to live was not sufficiently accurate to form a useful eligibility criterion for assisted suicide:

[T]he criterion that assistance for suicide would only be available to individuals with less than six months to live would not be capable of being applied with any certainty. Medical science does not permit such an assessment to be made with any degree of accuracy. There is force in this point.

Professor Stebbing also gave evidence that “a clinician’s prediction is not a very reliable or robust method of predicting survival.” (Paras 125-126)

Members of parliament considering assisted suicide laws would do well to carefully consider the many salient points made in this judgement by the High Court of Justice. A comprehensive ban on assisted suicide is indeed wise public policy that serves the common good.