How many deaths is enough? 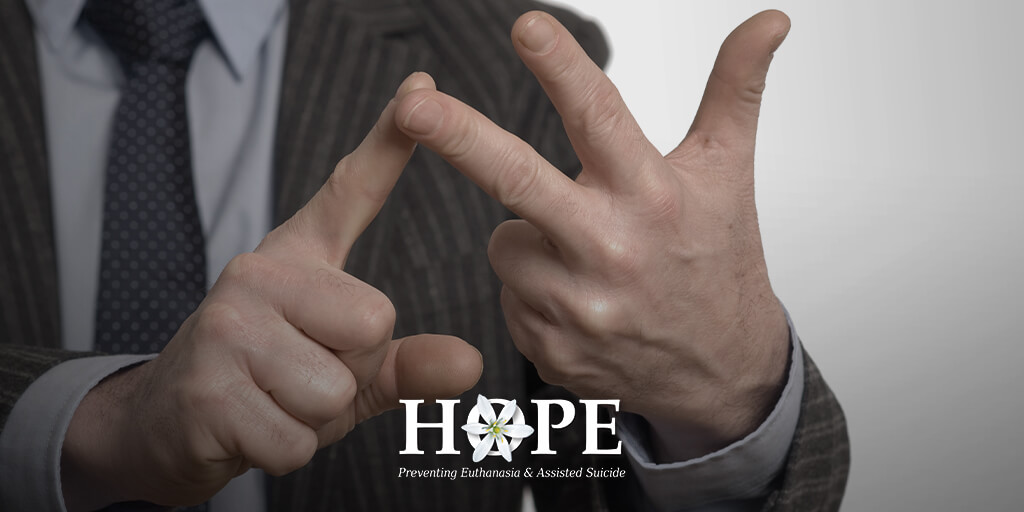 Friday saw the first anniversary of Victoria’s euthanasia regime and even though the community is still being kept in the dark about how many deaths have occurred during this time, there is a lot we can know about the devastating nature of this brutal regime.

What is very clear from the information we have so far is that there is a dedicated and systematic campaign to remove the safeguards that were put in place to ensure the passage of the legislation through the Victorian Parliament.

The Sydney Morning Herald gives a good introduction to the campaign to remove existing safeguards:

On the first anniversary of the introduction of voluntary assisted dying, doctors say while some terminally-ill Victorians are dying swift, peaceful deaths under the laws, others are being blocked due to red tape, or dying after being unable to find a doctor willing to help them.

The article then goes on to report on comments from euthanasia advocate Kiki Paul, chief executive of Go Gentle Australia:

The 68 so-called safeguards got the legislation through, but a year in, they have become an obstacle to the broader euthanasia regime always intended by its proponents.

In the same article, the first inconvenient safeguard is offered: the requirement that a person be an Australian citizen or permanent resident to be eligible for euthanasia or assisted suicide.  This key safeguard is to prevent euthanasia tourism, but some advocates want it gone.  Dr Rodney Syme is quoted as saying:

"If there was one thing I could change immediately about the laws, it would be getting rid of the clause which says you have to be an Australian citizen."

And then the second, the requirement that two doctors sign off on the request for euthanasia:

Among the many successful applications he’s been involved in, [Dying with Dignity Victoria board member, Dr Nick Carr] has also seen upsetting cases where it has taken people too long to fulfil documentation requirements, or they have been unable to get a second doctor to assess them, amid an ongoing shortage of medical practitioners willing to be involved.

He recalled a case of a prostate cancer patient in terrible pain who did not want to die alone, but encountered a series of hold-ups with his application, including finding a doctor to give a consulting opinion.

Another article appearing in the Sydney Morning Herald about 48 hours later, making the case for the removal of two more safeguards: the requirement that a person’s eligibility for euthanasia (including their prognosis) be confirmed by a doctor who specialises in the patient’s illness, and the prohibition on counselling suicide over the phone or other means of telecommunications.

Under the laws, two doctors who have undertaken mandatory training – including one who is a specialist in the person's disease – must conduct favourable assessments of a person's eligibility.

Melbourne oncologist Cameron McLaren, who sits of the board of Dying with Dignity, said he only knew of "one or two" neurologists who were accredited and able to do home visits.

Commonwealth laws prohibit tele-health being used to discuss euthanasia, which means immobile, bedridden terminally ill Victorians in intolerable pain are being forced to travel hours to be assessed by doctors, prompting Dr McLaren to call for an immediate review of this legislation.

In just a year, we don’t know how many people have died, but we know that it has blown initial estimates out of the water.  Despite the numbers far exceeding these estimates, the death rate hasn’t been enough to sate the appetite of the advocates, who – just one year in – are campaigning for the removal of safeguards.

If they are successful in their campaign, how many will be killed next year?