How the Leyonhjelm Bill was defeated 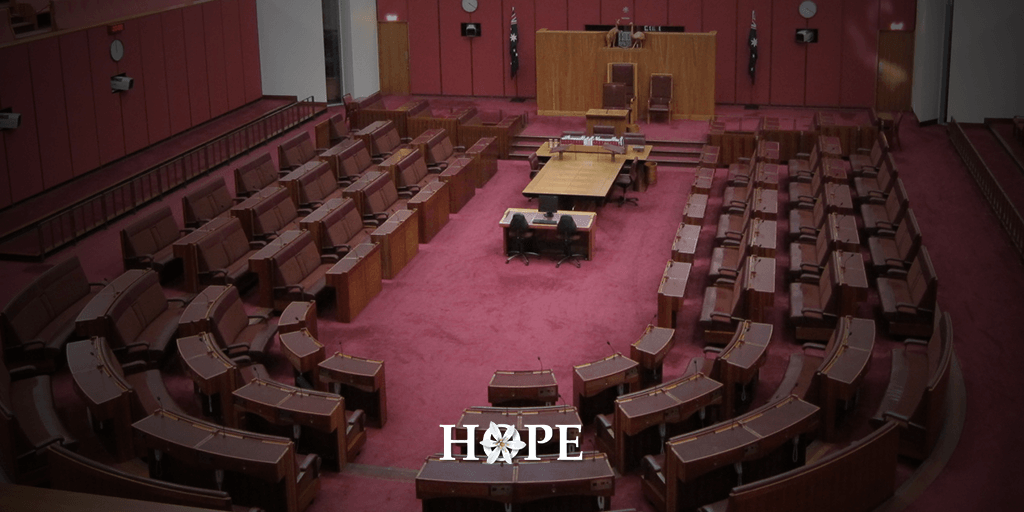 Last week, we were elated at the result in the federal Senate which saw the Leyonhjelm Bill (which would have cleared the way for euthanasia and assisted suicide to be legalised in the Northern Territory and the Australian Capital Territory) defeated by 36 votes to 34. It was a close outcome and shows what can be done when we work together and make our voices heard in the parliament. But the tight result means we cannot become complacent. The push from activists continues.

Following weeks of behind the scenes preparation, we arranged for Dr Stephen Parnis and Dr John Daffy to fly into Canberra on Monday morning to lobby Senators ahead of the vote.  Dr Parnis and Dr Daffy had both been actively engaged during the Victorian euthanasia campaign, and their expertise and experience was vital to ensuring that Senators were provided with evidence based and accurate information before voting on the private member’s bill.

An information session organised by HOPE and hosted jointly by Liberal Senator Eric Abetz and Labor Senator Don Farrell was held at Parliament House at lunchtime on Monday.  It was attended by 10 Senators and staff members representing a further 6 senators.  Attendees were provided with an opportunity to ask questions and discuss the bill in greater depth. Ahead of the briefing, we emailed every Senator a copy of an MP pack, which contained an open letter from HOPE outlining our reasons for opposing the bill, as well as important facts about palliative care and overseas euthanasia experience and statistics. We heard some of these details in the speeches made by the Senators during the debate, so we know that the information was well received. The rest of Monday afternoon was spent lobbying Senators individually.

As late as Tuesday afternoon, Senator Leyonhjelm was reported to be ‘confident’ of 40 votes in support of his bill. However, it became clear that this support had collapsed by the time the vote was called in the Senate, which saw the Bill defeated by 2 votes. The closeness of the result brought home again to me the importance of reaching out to every Senator; because every vote counts!

Watching as the final votes were tallied in the Senate on Wednesday evening, I couldn’t help but think of all the tremendous support and work provided by HOPE supporters across Australia as they emailed and lobbied politicians and did so much to bring about this much-needed victory!